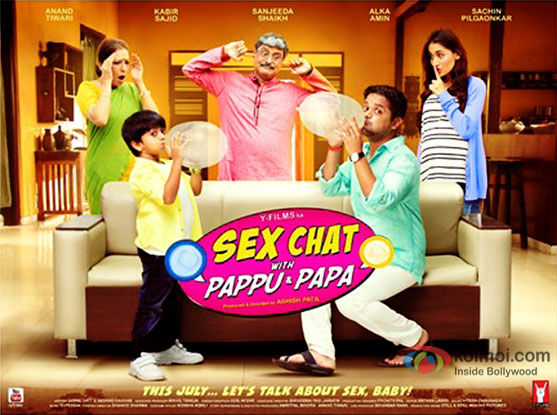 Mumbai– Y-Films, the youth wing of Yash Raj Films, is coming up with a show titled “Sex Chat with Pappu & Papa”, which seeks to delve into hitherto taboo subjects like condoms and homosexuality. It’s an attempt to bring the topic out of the closet, says producer-director Ashish Patil.

The show attempts to be clean and honest in style, with a lot of humour and heart, read a statement from Y-Films.

“Sex Chat with Pappu & Papa” tells the story of the Watsa family. It will feature a curious seven-year-old boy Pappu, who asks the most outrageous questions of his Papa, Anand, who attempts to answer them to the best of his ability — initially with a lot of awkwardness and eventually with a lot of fun, simple anecdotes.

Talking about it, Patil said: “The second-most populated country in the world, in spite of being the home of texts and temples such as the Kamasutra and Khajuraho… Sex is still a very taboo topic in India. Most parents clam up when having to talk to kids about the ‘birds and the bees’.

“Research clearly shows that sex talk with parents is directly linked to safer sexual behaviour. This is our attempt to bring this important conversation out of the closet. So come on, let’s talk about sex.”

The series has been researched and ratified by medical experts, according to the makers. (IANS)