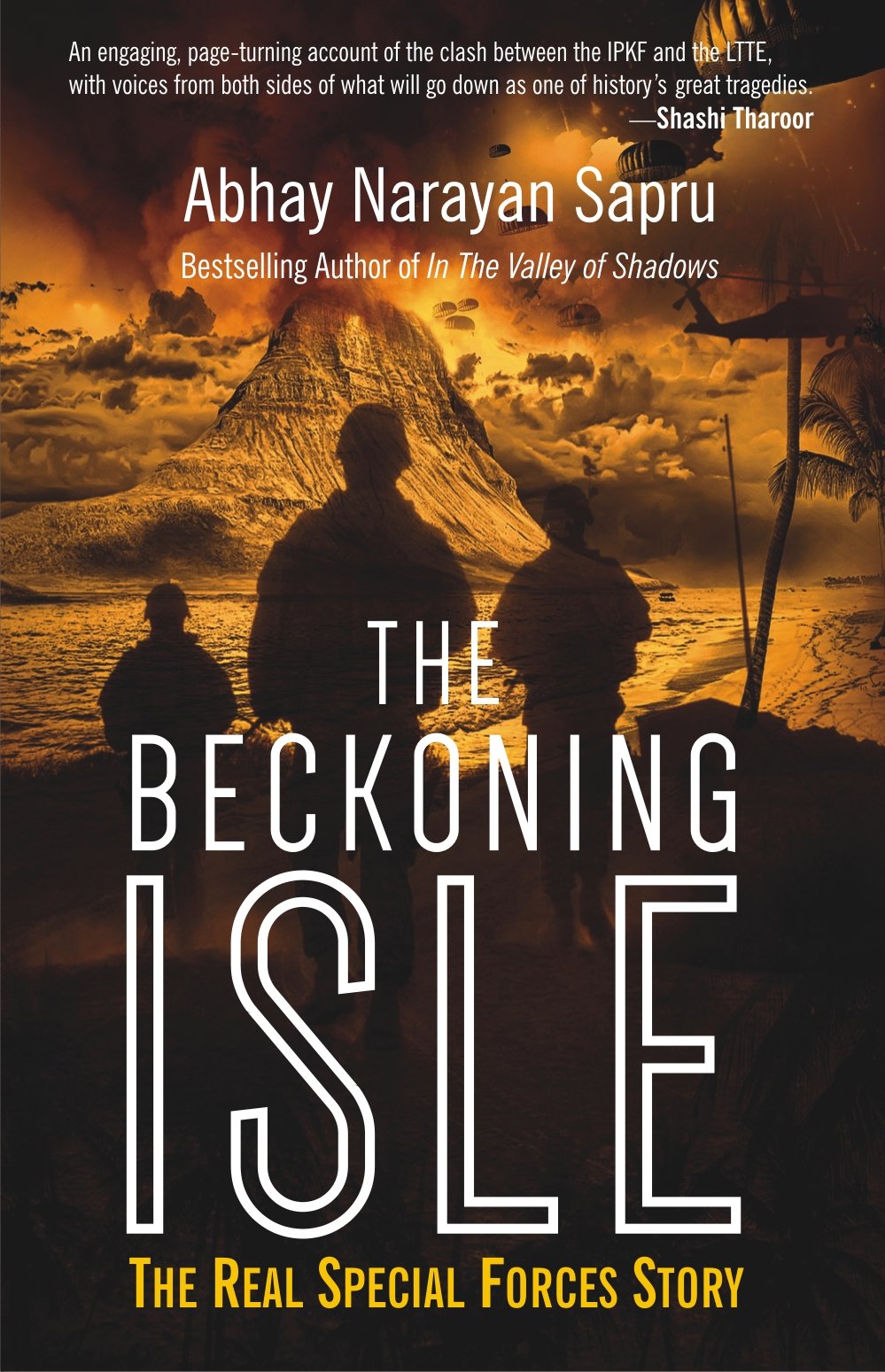 The operation against the Liberation Tigers of Tamil Eelam (LTTE) by the Indian Peace Keeping Force (IPKF) in Sri Lanka in the 1980s may have been a doomed venture, but this riveting tale of rivalry between an Indian Special Forces officer and a battle-hardened LTTE commander based on realistic settings comes as a breath of fresh air in a market where war books are few and far between.

Abhay Narayan Sapru’s “The Beckoning Isle” is a gripping account of the IPKF’s operation versus the LTTE guerrillas and is his second book on war from a combat soldier’s perspective.

Sapru, who himself served in the elite Special Forces and now works in a private bank, makes it clear in the preface that while a plot has been interwoven, most of the incidents, places and experiences are factual.

While the book gives a peek into the history of that war, it also describes in graphic detail what the Indian soldiers had to contend with in what was essentially a peace-keeping venture.

“Untrained in fighting on the local terrain, ill-equipped and burdened with a conventional military mindset, it was the Indian Army’s Vietnam and by the time the IPKF pulled out, it was minus 1,200 men, cremated on a foreign soil and nearly 3,000-plus wounded,” Sapru states in the preface.

“In contrast to the Kargil conflict, which was covered extensively by the media, the military entanglement in Sri Lanka is a forgotten war — and was one even while it was being fought — with the last vestiges finally obliterated by the passage of time.”

The tale of the young and dedicated Captain Hariharan and LTTE commander Silvam criss-crossing each other’s paths takes the reader through the dank, humid, mine-infested dense jungles of Sri Lanka and brings to light the sheer intensity the Tamil Tigers brought to the conflict.

It is a tale of two men on opposing sides but fatalistic in their beliefs and shows human behaviour, politics and the intrigue surrounding the whole conflict.

The very fact that Silvam was trained by Captain Hariharan’s father at a cantonment town in the Himalayas shows that the Indian Army too should be given credit for having trained, at the instance of the Research and Analysis Wing (RAW) spy agency, 15,000 Sri Lankan Tamil Tigers from various political parties and turning them into what they were — giving no quarter and asking for none.

The circumstances under which Silvam, who worked as an accountant, took up arms and kept a cyanide capsule to avoid surrender, show how the Tigers were determined in their belief and individually fiercely dedicated to the job at hand.

Silvam’s fleeting trysts with his wife and son also give a glimpse into the personal life of a Tamil Tiger who puts cause over family. Towards the end of the book, one can feel the respect an Indian had for the enemy despite the intensity and sheer viciousness of the conflict.

“The Beckoning Isle” is an action-packed and fast-paced read. (IANS)