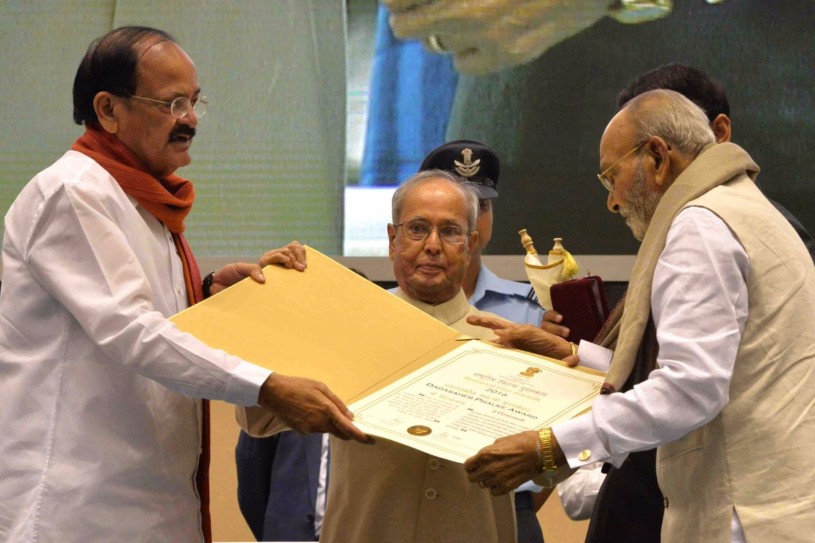 Accompanied by his wife Jaya Lakshmi, Viswanath, 87, received the award with immense pride, and offered “pranaam” to his late parents. He thanked the Almighty, government officials, jury members and his fans for their love, as the audience gave him a standing ovation here at the Vigyan Bhavan.

The presentation saw a plethora of talent from different parts of the country, with the President describing the hall at Vigyan Bhavan as a “mini India” representing the unity and integrity which are unique to the country.

Mukherjee praised how the National Film Award winners are almost a “microcosm” of the diversity in the country, where several regions, religions, languages, cultures and customs thrive.

Union Information and Broadcasting Minister M Venkaiah Naidu said the award ceremony is a “celebration of cinema which is religion of all religions in our nation”. 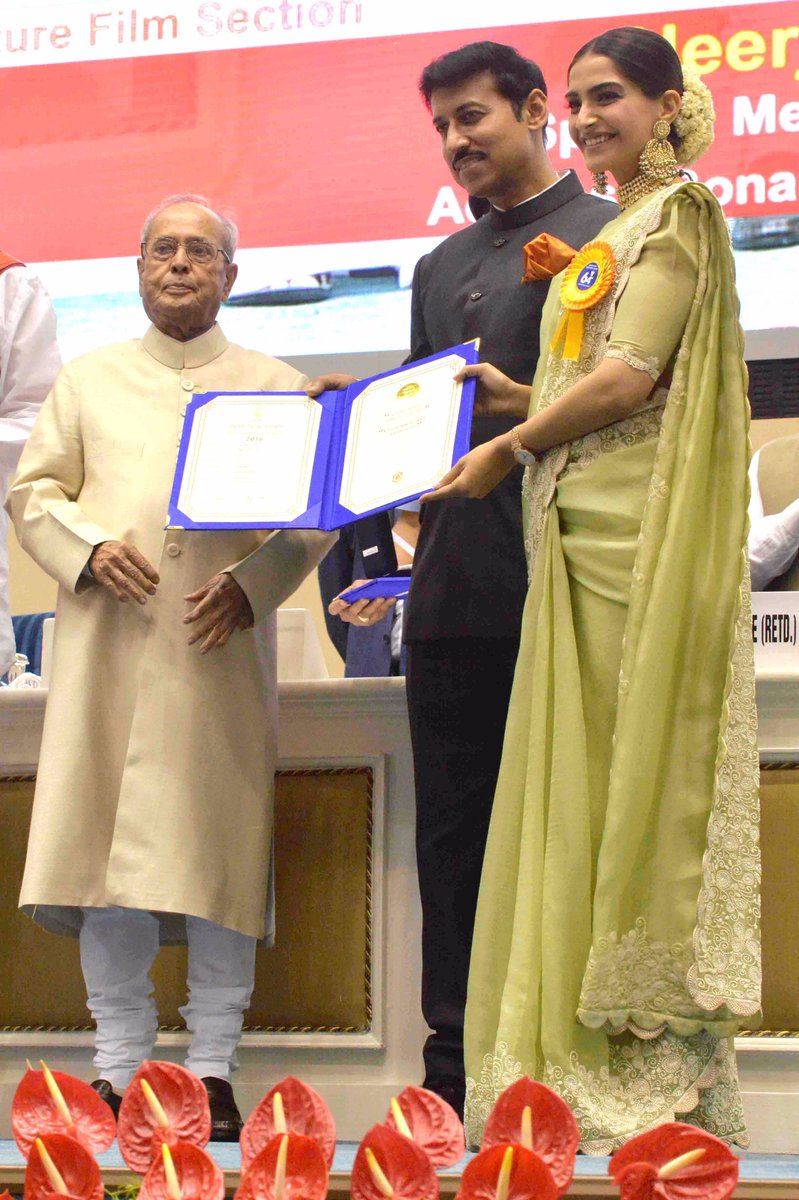 He said Prime Minister Narendra Modi’s ‘Make in India’ theme is being reflected well in recent movies like “Sultan”, “Dangal” and “Baahubali”.

This time, regional cinema talent dominated over Bollywood in the winners’ list of the awards.

When Bollywood star Akshay Kumar took the stage to receive his first National Award, the audience cheered and stood up to applaud his achievement.

Akshay won the Best Actor honour for “Rustom” , and his wife Twinkle Khanna, who was in the audience seemed emotional.

Veteran filmmaker Priyadarshan, who chaired the feature film jury and courted criticism for choosing Akshay as Best Actor, stood by his decision, saying: “People might appreciate or criticise, but the jury’s decision is final, and has to be appreciated. We have given importance to movies with social issues that show our culture, our beliefs and project India. These are the major points we looked into while deciding the winners.”

From Bollywood, there was also actress Sonam Kapoor who won a Special Mention for her role in “Neerja”, which was named the Best Hindi Film.

Her father Anil Kapoor, who displayed childlike excitement as he stood up to capture the special moment, told IANS: “I am a proud father. She completely deserves the honour. The whole family is proud of Sonam and her film ‘Neerja’.”

“It’s a dream come true moment for me. I am still new in the industry. To get National Award so early feels great,” Surabhi told IANS.

Veteran actor Mohanlal was chosen for a Special Jury Award for his performance in three films, and he got a standing ovation too.

The six film industries of the south — Tamil, Telugu, Malayalam, Kannada, Tulu and Konkani — bagged a total of 18 awards, while movies from Assam, Bengal, Maharashtra and Manipur also won in different categories.

The Best Film on Social Issues was given to Bollywood film “Pink”, while Nagesh Kukunoor collected the Best Children’s Film honour for “Dhanak”.

“It really feels good when your work is appreciated. Awards are like arasmalai’. I feel happy that I am choosing exciting projects,” Adil said.

The Best Special Effects went to Naveen Paul for “Shivaay”, while the Best Animation Film was won by “Mahayoddha Rama”.

A new award that has been constituted is Best Action Director (Stunt Choreography), which was won by Peter Hein for Malayalam film “Pulimurugam”.

Awards in the non-feature film category and for best writing on cinema were also presented.