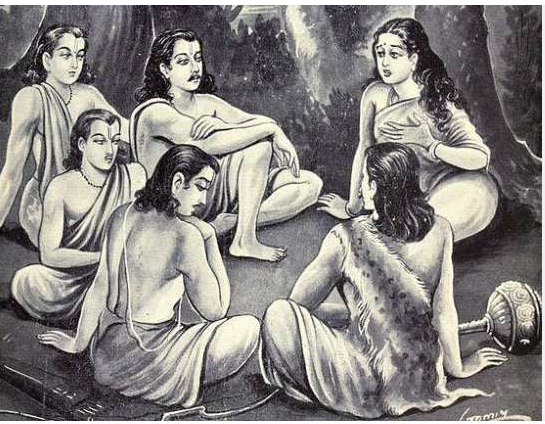 BOSTON—First thing first: If you are not strong and wise enough to forgive someone who has hurt you, you will build a permanent home (I would rather call it a palace) for him or her in your mind. He/she will become your roommate—living free of rent in your mind–and will eventually start to run your life and destroy your peace, love and joy. Do you want to give so much power to someone who has hurt you?

Ashtavakra advises: “Child, if you wish to be free, shun the poison of the senses; seek the nectar of truth, of love and forgiveness, simplicity and happiness.” In Ashtavakra’s answer, forgiveness comes just after truth and love. Forgiveness, indeed, is an essential prerequisite for freedom and happiness.

Since the dawn of human race, human beings have struggled with the question of forgiving or not forgiving. It was true in ancient times, medieval times and it is true today. The forgive-and-not-forgive dichotomy is present in all cultures, communities, religions and countries.

Spiritual leaders from Buddha to modern leaders like Mahatma Gandhi to Martin Luther King, Jr. have all pondered over the power of forgiveness. “The weak can never forgive. Forgiveness is the attribute of the strong,” Mahatma Gandhi once said.

Going back to about 2,500 year ago, there is an interesting story about Buddha. I don’t know if it true or not, but makes a good point. Once Buddha was sitting under a tree when when a man came and spat on his face. Buddha wiped it off, and asked the man, “What next?

Buddha’s disciples became angry at the stranger man’s behaviour. But Buddha calmed them down and said: “You keep silent. He has not offended me, but you are offending me. He is new, a stranger. He must have heard from people something about me, that this man is an atheist, a dangerous man who is throwing people off their track, a revolutionary, a corrupter. And he may have formed some idea, a notion of me. He has not spit on me, he has spit on his notion. He has spit on his idea of me because he does not know me at all, so how can he spit on me?”

Buddha then added: “If you think on it deeply, he has spit on his own mind. I am not part of it.”

If you go further back in time in the grand epic of Mahabharata, there is an incredible story on the power of forgiveness. Mahabharata was the first mythological book I ever read—when I was in the 6th grade. Since then, I had read it multiple times but had never paid much attention to this portion until few years ago. This is an incredible lesson on forgive or not to forgive.

When Druapdi and five Pandava brothers are deposed from their kingdom after losing a game of dice and sent into exile in forest for 13 years, obviously they are bitter, angry, hurt and upset. For obvious reasons, Draupadi, the wife of five Panadava brothers, is the most bitter and angry, and so is the powerful and strong brother Bheem. The eldest brother Yudhisthira, the former king, is also upset, but calm, devoid of anger and bitterness.

During the beginning of exile when one day all are sitting together under a tree, Draupadi and Bheem become emotional and angry and try to convince Yudhisthira to abandon the exile, take up the arms, attack Kauravas and take back their rightful kingdom. When you listen to their reasoning, points, arguments and facts, you think both Draupadi and Bheem are right and that Yudhisthira is coward. But when you listen to Yudhisthira, you feel he is so right and the only right thing to do is to forgive Kauravas.

Draupadi reminds Yudhisthira of all the glories of their kingdom, humiliation and mistreatment by Kauravas as well as the power and strength of Bhima and younger brothers Arjuna, Sahdev and Nakul. She urges Yudhisthira to fight back and punish Kauravas.

“Why, O king, you do not feel indignant? I grieve, O Bharata, that your wrath does not blaze up at sight of that son of Pritha in exile, that prince who deserved not such distress and who had been brought up in every luxury! Why does not your wrath blaze up at sight of that Arjuna in exile, who, on a single chariot, had vanquished celestials and men and serpents?,” says Draupadi.  “Why also, O king, do you pardon the foe at sight of myself in exile?”

To prove her point, Draupadi also takes a piece of evidence from history to prove her point. She continues: “On this subject, the ancient story of the conversation between Prahlada and Bali, the son of Virochana, is quoted as an example.” Then she tells the following story (Please note that translations below may not be exact as it is taken from various sources.)

“He who forgave always suffered many evils. Servants and strangers and enemies always

disregard him. No creature ever bent down unto him. Therefore, it is, O child, that the learned

applaud not a constant habit of forgiveness. The servants of an ever-forgiving person always disregard him, and contract numerous faults. These mean-minded men also seek to deprive him of his wealth,” Prahlada said, adding that people also disregard those who always forgive.  “Disregard (disrespect) in this world is worse than death. O child, sons and servants and attendants and even strangers speak harsh words unto the man who always forgives.”

Prahlada added that these and many other demerits attach to those who are ever-forgiving. Then he talked about the demerits of those who are never forgiving. He said that the man of wrath or anger, surrounded by darkness, inflict various kinds of punishments on persons whether they deserve them or not.

“Such a person is hated by both relatives and strangers. Such a man, because he insulted others suffers loss of wealth and reaps disregard and sorrow and hatred and confusion and enemies. The man of wrath, in consequence of his ire, inflicts punishments on men and obtains harsh words. He is divested of his prosperity soon and even of life, not to say, of friends and relatives.”

Then Prahlanda laid down the occasions in detail of forgiveness:

After reciting the Prahalda story on forgiveness and punishment, Draupadi urged Yudhisthira to punish Kauravas.

Draupadi told Yudhisthira: ‘I, therefore, understand, O king, that the time has come for you to put forth your might. Sons of Dhritarashtra have injured us always and continue to commit crime after crime, and thus the present is not the time for forgiveness.”

Draupadi sounds so convincing and right until Yudhishthira responds.

Yudhishthira says: “Instead of being in the control of anger, one should bring anger under control. Anger is the slayer of men. Suppressed anger is the root of all prosperity and anger is the root of all adversity. It is seen in this world that anger is the cause of destruction of every creature. How then can one like me indulge his anger which is so destructive of the world? The angry man commits sin. The angry man kills and insults his own well-wishers.” “The man who is angry fails to distinguish between what should be said and what should not. There is no act that an angry man may not do, no word that an angry man may not utter. From anger a man may slay one that deserves not to be slain and may worship one that deserves to be slain. The angry man may even send his own soul to the regions of Yama. Beholding all these faults, the wise control their anger, desirous of obtaining high prosperity both in this and the other world. It is for this that they of tranquil souls have banished wrath. How can one like us indulge in it then?”

He tells Draupadi that a wise man, who has even been persecuted and has suffered, should not let his anger arouse him

“Indeed, it is the opinion of the virtuous that the honest and forgiving man is ever victorious. Truth is more beneficial than untruth; and gentleness than cruel behavior. How can one like me, therefore, even for the purpose of slaying Duryodhana, exhibit anger which has so many faults and which the virtuous banish from their soul?,” said Yudhishthira. Angry man does not see things in their true light. The man who is angry does not see his way, nor respects persons. The angry man kills even those that deserve not to be killed. The man of wrath slays even his well-wishers.”

Yudhishthira says one should forgive under every injury.

How, O Krishna (Draupadi), can one like us abandon forgiveness, which is such, and in which are established Brahma, and truth, and wisdom and the worlds? The man of wisdom should ever forgive, for when he is capable of forgiving everything, he attained to Brahma. The world belongs to those who are forgiving.”

“Therefore, it has been said that forgiveness is the highest virtue,” adds Yudhishthira. “I, however, deserve the sovereignty and therefore is it that forgiveness has taken possession of me. Forgiveness and gentleness are the qualities of the self. They represent eternal virtue. I shall, therefore, truly adopt those qualities.”

Pearls of Wisdom: The Courage to Be Disliked and Four Other Books

Pearls of Wisdom: Summer Books: Forget the First Impression and Think of the Last Lasting Impression