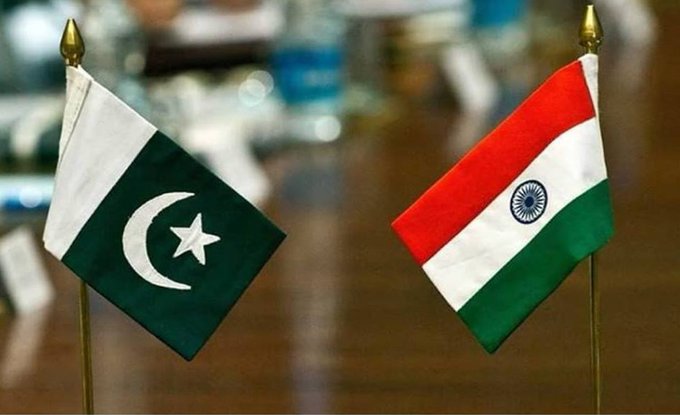 New Delhi–The diplomatic community in India has termed Pakistan’s decision to expel the Indian ambassador from Islamabad as an “act of desperation”.

On Wednesday, Pakistan expelled Ajay Bisaria, the Indian ambassador to the country, from Islamabad. Pakistan Foreign Minister Shah Mehmood Qureshi also announced that their Indian counterpart in New Delhi will be called back.

Though Pakistan does not have a high-commissioner to India at present, the announcement means that diplomat Moin-ul-Haq who was slated to take over the position will no longer take up the post. The move is a fall-out of India’s recent decision to withdraw special category status to J&K.

Dilip Sinha, former permanent representative of India to the United Nations, told IANS the move only makes a mockery of Imran Khan’s statement that he wants to have a political dialogue with India.

“Pakistan has no locus standi in the matter or of telling India on how to run its own affairs in J&K. It shows his shallowness of understanding of the matter. Pakistan has always treated its own occupied area in Kashmir, what it calls the Azad Jammu Kashmir or Northern Areas, as a colony. Over the years, Pakistan never consulted India before taking political decisions in PoK,” said Sinha.

Sinha said in 1970, Pakistan merged all princely states in the Northern Areas, that is, Gilgit-Baltistan, and formed a new district through a Presidential order. Former Pakistani president, Zia-ul-Haq, had extended the imposition of martial law in the country to PoK too. In 1980, Pakistan changed the name of the area to Northern Areas. Ten years ago, they again changed the name of the area to Gilgit-Baltistan.

“Did Pakistan consult India before taking these decisions? In 1963, General Ayub Khan and Bhutto signed a treaty with China giving it away 5,000 sqm of land in the former state of J&K. This area, the Shaksgom area, was ceded by Pakistan to China. If J&K is a disputed territory, as has been claimed by Pakistan, how did it cede a part of the territory to China?” asked Sinha.

Former Indian Ambassador to Pakistan G Parthasarathy said the decision by Pakistan to downgrade diplomatic ties with India reeks of its obvious frustration at getting no international support over J&K.

“Recalling of ambassadors is not a new phenomenon. India had recalled its ambassadors to Islamabad following the Kargil incident and again after the terrorist attack on the Parliament. However, the present action by Imran Khan is one of a beleaguered and desperate head of government who has been taken aback at our foreign policies and the ability of our economy to do well,” Parthasarathy told IANS.

Jaimini Bhagwati, former Indian ambassador to the UK, said Pakistan’s decision to downgrade diplomatic relationships with India does not make any sense for the mutual relationship between the two countries.

“Pakistan should have conveyed its concerns over the developments regarding J&K through all means including diplomatic channels. Even when relationships between the two countries are difficult, they should keep talking to each other,” said Bhagwati. (IANS)