BOSTON–A new national survey commissioned by Northeastern University and conducted by Gallup finds most U.S. adults have an overall positive view of artificial intelligence, but believe they are ill-prepared to deal with AI’s expected impact on the global digital economy. The survey comes on the heels of numerous international studies forecasting significant job loss resulting from AI.

Overall, 22 percent of Americans with a bachelor’s degree or higher level of education say their college or university studies prepared them well or very well to work with AI. Moreover, only 18 percent are extremely confident they could secure the education needed to obtain a comparable job should they lose their current position to advances in new technology.

“The answer to greater artificial intelligence is greater human intelligence,” said Northeastern President Joseph E. Aoun. “The AI revolution is an opportunity for us to reimagine higher education—to transform both what and how we teach. If colleges and universities can adapt and modernize, we can ensure that tomorrow’s learners will be robot-proof.”

According to the survey, 79 percent of Americans say AI has had a “mostly positive” or “very positive” impact on their lives thus far, and 76 percent agree or strongly agree AI will fundamentally change the way people will work and live over the next 10 years.

Despite the optimism, a clear majority of Americans, 73 percent, expect the increased use of AI will eliminate more jobs than it creates. Additionally, 63 percent say the emergence of new technology and smart machines will widen the gap between rich and poor in the U.S.

Notably, in terms of their own careers, more than three-quarters (77 percent) are “not at all” or “not too” worried that their own job is at risk from advances in AI.

For additional education to secure a similar job to the one they lost, about half (49 percent) of all currently employed Americans say they would look to an employer for on-the-job training. Another 37 percent say they would consider turning to a college or university program, in-person (21 percent) or online (16 percent), respectively.

“With only two out of 10 U.S. adults thinking of turning to in-person programs at colleges and universities, there is both a need and an opportunity to reimagine all the ways ‘higher education’ can be done,” said Brandon Busteed, executive director of Education and Workforce Development at Gallup.

More than six in 10 Americans (61 percent) believe it is the responsibility of employers to pay for any retraining that results from automation eliminating jobs, while 50 percent say the burden of additional education should also fall on the federal government.

Differences in attitudes about AI between white-collar and blue-collar workers is the most pronounced of any subgroup, with blue-collar workers consistently more pessimistic about the impact of technology on people’s lives and work over the next decade.

Other noteworthy findings include:

Economic fears of immigration and offshoring vs. AI 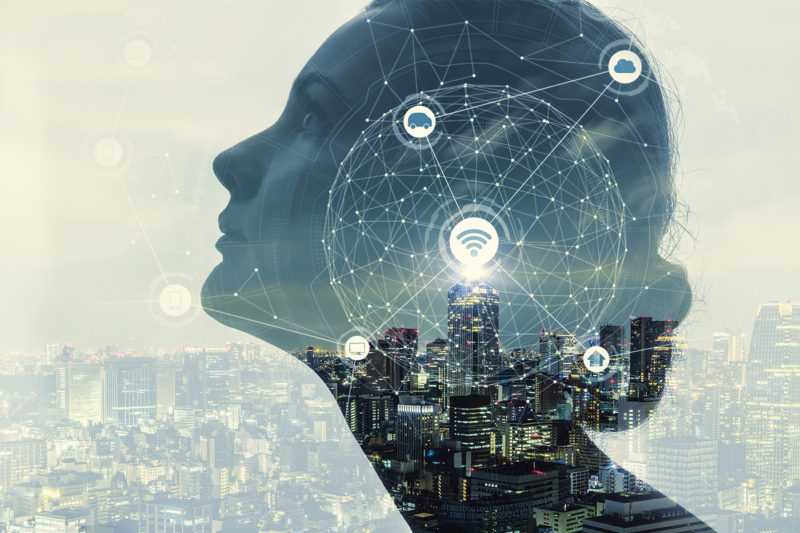 The survey package included an English and Spanish survey to provide respondents the flexibility to reply in their preferred language. Gallup weighted the data to match national demographics of gender, age, education, race, Hispanic ethnicity, and region. In addition to sampling error, question wording and practical difficulties in conducting surveys can introduce error or bias into the findings of public opinion polls.