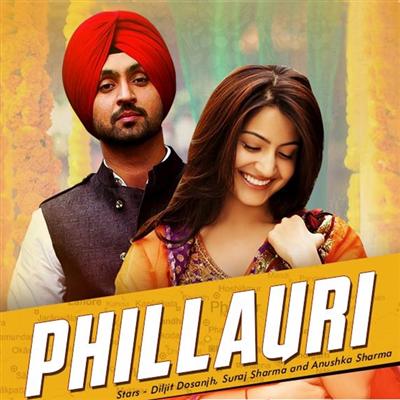 On the face of it, “Phillauri” is the story of a reluctant groom guided by a ghost who helps him overcome his fears about marriage.

Set in Punjab, “Phillauri” starts off as a simple story about an NRI Punjabi boy Kanan (Suraj Sharma) who returns to India to get married to his childhood sweetheart Anu (Mehreen Pirzada).

Being star-crossed – a Manglik, he must marry a tree first, so that he may ward off any threat to his life. Reluctantly, he gets married to a tree and to his dismay, finds himself being trailed by Shashi (Anushka Sharma) – a friendly spirit.

Shashi used to live on the tree which Kanan married. And when the tree was chopped down as a part of the wedding ritual – Shashi finds herself thrown into Kanan’s world, not knowing what to do and figuring how she is facing such a predicament.

In the course of the film’s journey we find the tale layered with a poignant, unfulfilled romantic story of a poet and a singer which in turn becomes the centre-plot of the film.

Anushka Sharma in a new avatar, as the solemn yet friendly ghost, Shashi, essays her role with her usual panache and sincerity. Her chemistry with Diljit Dosanjh is palpable and he too portrays his character with equal simplicity and ease.

Suraj Sharma with his grumpy and confused demeanour essays Kanan effortlessly. Mehreen Pirzada in her debut, as the on-the-fringe bride Anu, is confident and realistic. She aptly complements Suraj.

While the first half of the film meanders after establishing the premise, it is only during the second half, that the film ensures you are gripped in its emotional saga. There are moments in the narrative that seem ridiculous, as these are intentionally induced to add humour to the otherwise sombre narrative.

While the screenplay oscillates between the present and Punjab during pre-independence period, the scenes bring out the contrast in the culture. This is especially evident in the pre-wedding scenes of the two couples.

Visually, the film is captured like a dramatised television serial but nevertheless it is magnificent. The production qualities as well as the costumes are painstakingly designed capturing the era of 1919 with flourish, in sepia tinted frames.

The effects and computer generated images are flawless and of ace quality. They mesh seamlessly with the live action drama.

The music of the film is melodious, especially the soulful number “Sahiba”. But it is the number with the lyrics ‘Mera dil fakira ho gaya…’ along with ‘Dum dum’ that captures the essence of the romance to perfection.

“Phillauri” is a well made film from debutant director Anshai Lal and is worth a watch.