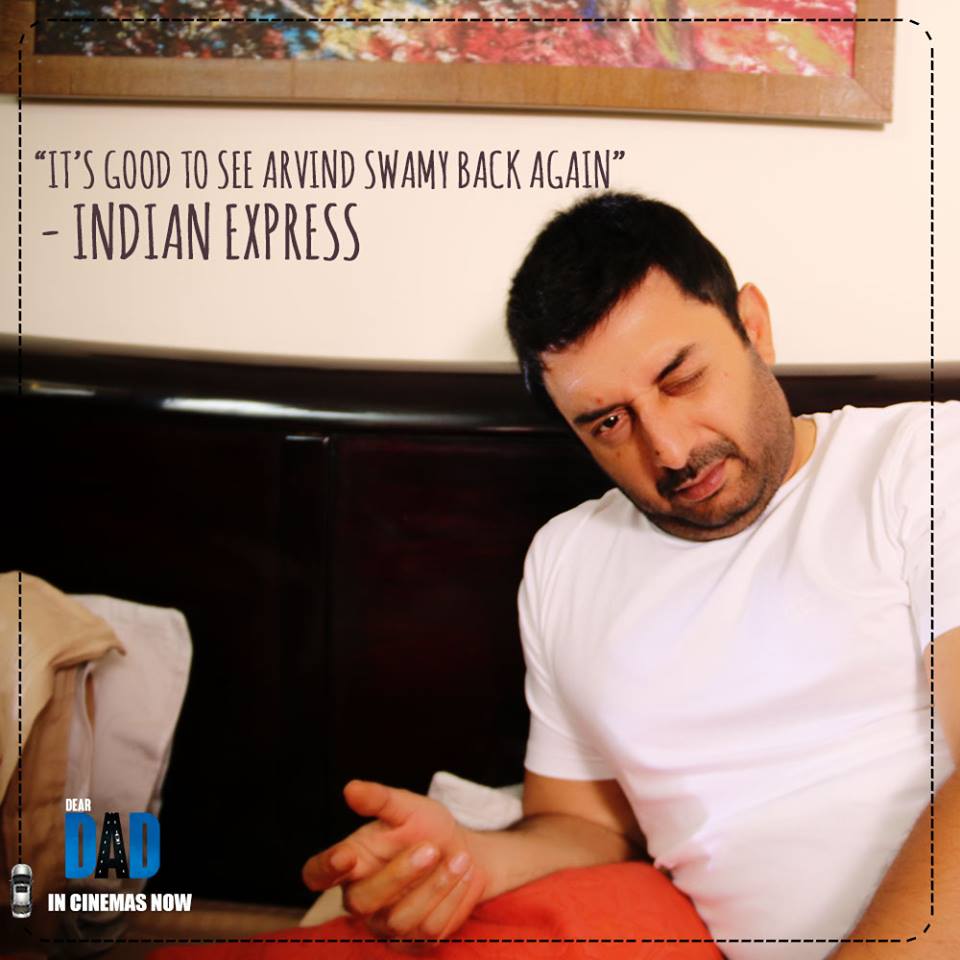 After all the brouhaha last week about Mother’s Day celebrations, Tanuj Bhramar’s “Dear Dad” comes in time to cheer dads, especially those who have a secret to share. It is a story about acceptance.

A father-son bonding film that takes place on a road trip from Delhi to Manali, the tale revolves around a family, whose bubble of happiness is about to burst soon.

Nitin (Arvind Swamy) and his wife are to part ways. His teenaged son Shivam (Himanshu Sharma) has to return to hostel. Nitin insists on driving him there with the aim of breaking the news along the way.

En route to Manali, the duo take a break at Nitin’s parents’ place so that Shivam can meet his grandparents before his school semester starts. It is when Nitin spends a few minutes with his ailing father that he shares a secret that is bothering him for a long time. Unfortunately, Shivam happens to overhear the confession and this creates an abrasion in their relationship.

How Nitin deals with his son forms the crux of the tale.

The story written by Gadadahari Singh is simple and straightforward. But the script falters when Shivam plans the redemption of his dad. The complexities of the situation are ironed out in the screenplay, making the plot seem unrealistic and farfetched. But that is a minor scuff in the otherwise unpretentious and modest narration.

Though predictable in its approach, the scenes make your heart warm up to the father and son, whose characters are well-chiselled. The rest of the cast all play secondary characters.

Arvind Swamy, who makes an appearance in a Hindi film after a long hiatus as Nitin, is endearing and soulful. He is so natural with his character that he makes the atmosphere believable and acceptable. His chemistry with his young co-star Himanshu Sharma, who plays his son Shivam, is also unassuming and real.

Himanshu Sharma matches Arvind in histrionics displaying especially his naivette and the enthusiasm of the younger generation. The way he questions his father is adorable and the conversations between them are also relatable.

They are well supported by the rest of the cast, especially, Aman Uppal, who plays the frothy celebrity Aditya Taneja. He is a competent actor and delivers his part with equal gusto.

Shivam’s principal in a two-scene role leaves her mark and equally charming is the child artiste who plays Vidhu, Shivam’s sister.

Visually, Mukesh G.’s cinematography beautifully captures the locales and the mood of the tale. His frames are brilliantly layered with Karan Gour’s background score comprising mostly of Indian instrumentals.

Overall, “Dear Dad” is a sweet film. Watch it if you are an Arvind Swamy fan. (IANS)