BOSTON– Meenakshi Garodia is a student film maker in the MFA Graduate Program in Film and Media Arts, and is scheduled to graduate in 2024. She recently wrote and directed a short movie: “Voices” about Indian Immigrants in the United States. She also wrote and directed a play about domestic violence that was performed for over 500 people. In addition, she is a ceramic artist and has hosted her solo exhibition of over 50 pieces at a non-profit fundraiser in 2019.

Professionally she served as Marketing Director of AARM Corp., where she created marketing programs including webinars, newsletters, marketing campaigns and saleable reports. Previously, she served as Business Analyst in the Global Strategy Group at State Street Corp. 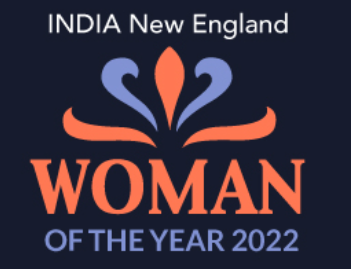 Ms. Garodia holds Masters in Business Administration from the Indian Institute of Management (IIM), Bangalore, and B. A. (Honors) Economics from University of Delhi. She is Commissioner with the Brookline Commission of Women, Vice Chairman of the board for Saheli, a non-profit organization, and an Elected Member of Driscoll School Committee. In 2006, she served as Co-Chair TiE Women’s Initiative.

Here is a Q/A with Ms. Garodia:

Meenakshi Garodia: I am currently a full-time MFA student at Emerson for Film and Media Arts. When writing and directing plays and movies, I often focus on inner conflicts that people face, especially Indian immigrants. Being able to create films that resonate with viewers has been very rewarding. With every film I hope there is a little bit of change in the way people think and look at the world. One of my films, Solo, was part of Caleidoscope Indian Film Festival Boston Film Festival.

INE: If you’re engaged with any charity or non-profit, please tell us why this organization and what do you do for them?

MG: I am very involved with Saheli. I have been on the board since 2018 and am currently the vice president of the Board. I strongly believe in Saheli’s purpose and am in awe of what they do and how they help so many people, especially women in their time of crisis and need. I have always been a proponent of women empowerment and am happy to be able to contribute in a small way to Saheli’s mission.

I am part of the Brookline Commission for Women. We are a group of women who volunteer our time and work together to bring a change for the better for female-identifying people in the Brookline schools and community at large. Among other initiatives, we worked with the Brookline School committee to come up with their policy around Title IX,

MG: Films, reading, cooking, traveling and Latin dance. I have been part of a performing dance group for Latin fusion dance for the last 2 years, we have performed in Miami, LA and multiple times in Boston. I took my passion for cooking and traveling and made it into a cooking show about food from different parts of the world.

In what way you feel you have most positively influenced or served the local community and your company/organization and professional field?

MG: I believe I have positively influenced the community through my work with Saheli. Saheli achieves a great amount on a small budget and I hope to have helped raise awareness about what they do and bring in more people and money and to have supported the management team in various ways.

I also volunteer for women and girl empowerment in Brookline, with the Brookline Commission for women.

On a personal note I feel people look at me and realize it is never too late to follow your dreams, even if it is totally different from what you have been doing. My foray into films and writing and pursuing a MFA after already having done my MBA, and working in finance, has been inspiring for some. Especially as I have pursued my passions while being bringing up a child. I incorporate him into my activities instead of waiting for him to grow up to pursue my passions.

I also believe strongly in kindness and trying to help wherever I can.

INE: What is your rare talent?

MG: Not sure it is rare, but I am able to pursue what I am interested in without being scared or intimidated. In business, I was able to get a good degree in finance and worked with a well-ranked company. In food, I had a cooking show. In ceramics, I had exhibitions. In film-making, I got admission into Emerson for their MFA which is ranked well and am actively making movies.

MG: Being a voracious reader, I always find it difficult to choose just a book or two. I grew up reading British golden-age authors like Dorothy L Sayers, PG Wodehouse etc but really enjoy Indian authors like Vikram Seth and Amitav Ghosh too. Now of course my favorite authors are two of my sisters who have Written the “Children’s history of India”.

MG: “Carpe Diem” and one I made for myself “Do it anyway!”

MG: My family. My mother, who is no longer with us, showed me that anything is possible if I set my mind to it and that I shouldn’t be scared of anything, any obstacles in life. My father, who emphasized stimulating the brain and reading and being nice to people. My four sisters, who are fearless in pursuing their dreams, overcoming obstacles that come their way. My son, who is the sweetest kid and is so earnest and works so hard and is my biggest cheerleader.

INE: Your core value you try to live by?

MG: I try very hard to be a kind and helpful person. And I am very honest.