BOSTON—Bostonian Kamesh Aiyer’s book “The Last Kaurava” will be launched in India on Feb. 5. The book launch ceremony will also include a panel discussion in which two prominent scholars will participate: Gurcharan Das, author of The Difficulty of Being Good, and Bibek Debroy, an economist translator of The Mahabharata.

The Last Kaurava, written under the name Kamesh Ramakrishna, is a novel based on India’s great epic The Mahabharata. It is based on the complex Mahabharata characters. In another words, it is “The Reimagined Mahabharata.” 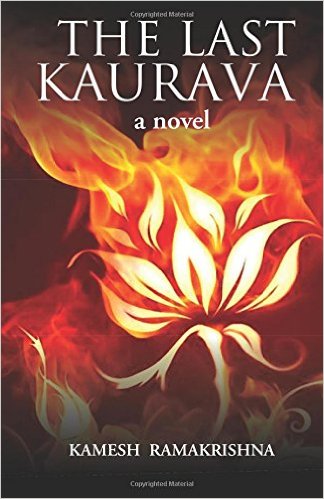 The Mahabharata: Devavrat Bhishma is dying, wounded. He tells Yudhishthira the story of how the Kurus established Hastinapur as a trading outpost on the frontier of Panchnad. The river Sarasvati dried up creating a crisis for Panchnad as cities were abandoned and immigrants poured into Hastinapur looking for safety and support. The Kurus under Devavrat address the crisis with social policy. The success comes at a cost to Devavrat’s personal life. Devavrat’s narration becomes part of the epic poem of the Great War. The story survives, memorised as oral history by the Kavi Sangha, the guild of bards. A thousand years later, the story is written down by Vyaasa, the head of the Kavi Sangha, with help from many others.

Ramakrishna grew up in Bombay (now Mumbai) and completed his undergraduate studies at IIT-Kanpur. He went on to obtain a Ph.D. in computer science from Carnegie-Mellon University in Pittsburgh, specializing in Artificial Intelligence. He worked as a professor and a software engineer, received some patents, and was software architect for some foundational products. In addition, he also served as Chief Technology Officer for a startup, and in recent years, he has been a consulting software architect. He lives with his family in Massachusetts.