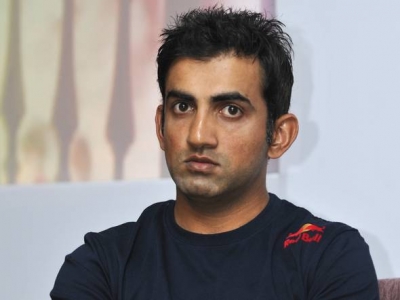 New Delhi– Former cricketer Gautam Gambhir has suggested that India have to move on from their search for a fast-bowling all-rounder and groom them in domestic cricket instead of changing them quickly at the international level.

With Hardik Pandya struggling with injuries over the past three years, the Indian cricket board (BCCI) has tried out several players in the all-rounder’s position in limited overs and Test format.

To this, Gambhir told Sports Today, “If you don’t have something, don’t go for it. You have to accept and move on. Don’t try and create something which you can’t create, that is where the problem lies.”

“I have always believed that international cricket is all about delivering and not grooming someone. Grooming happens in domestic and India A level. When you represent your country, you should be ready to go out there and perform straightaway,” he said.

Earlier, this month, Venkatesh Iyer was given a chance in the three-match ODI series in South Africa as an all-rounder. However, he didn’t get a chance to bowl in the first match and was then dropped for the third match.

He was rested from the ODI side that will host the West Indies from February 6, which raised several eyebrows. Gambhir said that once a player has been selected, he has to be given a longer run.

“We keep talking about not having an all-rounder since Kapil Dev to be honest. So move on and try to develop people at the Ranji Trophy and once they get ready, get them in international cricket and stick with them. Don’t keep changing them quickly. We have seen that with so many guys like Vijay Shankar, Shivam Dube and now Venkatesh Iyer. We need to move on,” added Gambhir. (IANS)