New Delhi– Australian model and celebrity chef Sarah Todd runs her own restaurant in Goa and spends at least six months in India every year. The cookery expert, who has debuted on Indian television with “Serve It Like Sarah”, says she was blown away not just by the diversity of food in this country but also by the love that Indians add to their cooking.

Todd, who is from Queensland, added that the elaborate gastronomic story of the country was one of the many reasons she fell in love with India. 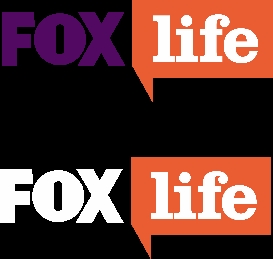 “I first visited India in September 2014. So now I have actually travelled to the country six times since then and live here for six months (every year). The moment I stepped into India, I instantly fell in love, I connected with people and felt welcomed,” Todd told IANS in an interview.

Since there isn’t much Indian food in Australia, she was “not overly exposed” to it. “When I reached India, I was blown away with the diversity of the food… My brain exploded with choices making me fall in love with it even more,” said Todd, who discovers new and unexplored facets of Goa, including its hidden culinary treasures on FOX Life’s “Serve It Like Sarah”.

Todd says her first visit to India left her “more blown away than I expected to be”.

“I realised that they put a lot of love when they cook in India and it is corny to say, but I think when you put your emotions to your cooking, it tastes better,” said Todd, who started her career as a model at an age of 18.

Todd, who has a son Phoenix with British partner of Indian descent Devinder Garcha, feels people around the world are “really embracing” Indian cuisine.

Talking about the show, she said: “To do an adventure, travel series around Goa, exploring food and learning from the locals was really a fun concept that excited me. The main concept was to find out different Goan cuisines, but along the way we really wanted to look into the offbeat side of Goa.”

After coming into limelight with her stint in cooking reality TV show “MasterChef Australia” as a contestant, Todd opened her restaurant Antares at the Vagator beach of Goa last year. And being a part of “Serve It Like Sarah” turned to be a bonus for the lady, who says she now has a bundle of recipes to add to the menu of her restaurant.

“Indians have a different palette because they are used to the spices and their local flavour; so I put a spin to the dishes from an Australian menu. The menu is developing every day and I am adding a new dish every week. And I am excited to say that I have got a whole bunch of dishes for the menu from the FOX Life show,” said the mother of one.

Her restaurant was launched last year in November, and Todd would like its branches in cities like Delhi and Mumbai.

Todd will soon launch her second book — a compilation of recipes that are wholesome, healthy and tasty.

“A lot of time people think healthy eating is having lettuce leaves. But it is about having a wide variety of nutrition and flavour so you don’t get bored. People will be surprised by tasting the dishes from the book,” she said.