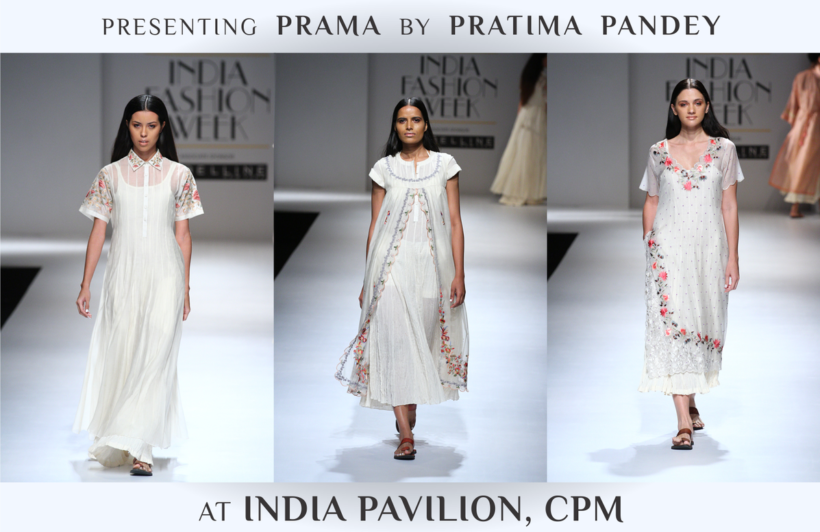 New Delhi–Designer Pratima Pandey, who has signed a memorandum of understanding with the Indian government to support weavers of the country, feels that India has a lot of options in textiles and crafts, and wants people to understand that “we are not a fashion country, but a textile one”.

Pratima of the brand Pramaa works with some of the weavers in and around India. She says that as a responsible designer, she understands why it is important to promote weavers and textile, and give them the right platform.

“We are not a fashion country, we are textile country… a country which celebrates whatever we do so, let that happen. Fancy is great, but this (weaving) is also an art,” the designer told IANS on the sidelines of the ongoing Amazon India Fashion Week Spring-Summer 2018 where she showcased her collection titled ‘Leela’.

“There are things that we have to know that we have it. It’s just that now we need to go out and tell the world that we already have it so please don’t hamper it,” she added.

Her brand specialises in fusion garb with Indian sensibilities, and the emphasis of the label is on the natural fabric and natural dying techniques along with designing for a cause by encouraging craftsmanship and sustainability.

Talking about her journey in the industry, she said: “When you are a graduate (of NIIFT) then obviously you are looking for something to work on, and I just knew that I have to work with Indian textiles.”

“I started with bhagalpuri silk then went on to chikankari and then regular silk. One season, I had no money so one of my friends came as a blessing in disguise. He said ‘Listen, I just shut down my place and I have lot of chanderis with me. I think you will do justice’. I remember him showing to me lots of chanderis that were kept in his car.”

“It was like I had no money to buy textile, but the textile came to me. I think sometimes the fabric finds you. If you pick up something then master it. I think you can become master of something only if you try to reinvent it everytime,” she added.

The designer also feels that Indian people “very strangely” understand the taste of chanderis and other weaves, but they don’t know how to find it.

“And this is when we come in very handy. As a textile, chanderi wasn’t very popular when I started off.”

“I just signed an MoU with the government to uplift Indian textiles. I said ‘I am an expert in chanderi’. They asked me to go beyond that so, I started using maheshwari,” she said. (IANS)

Empowerment is learning to feel safe in your own skin: Nidhi Sunil