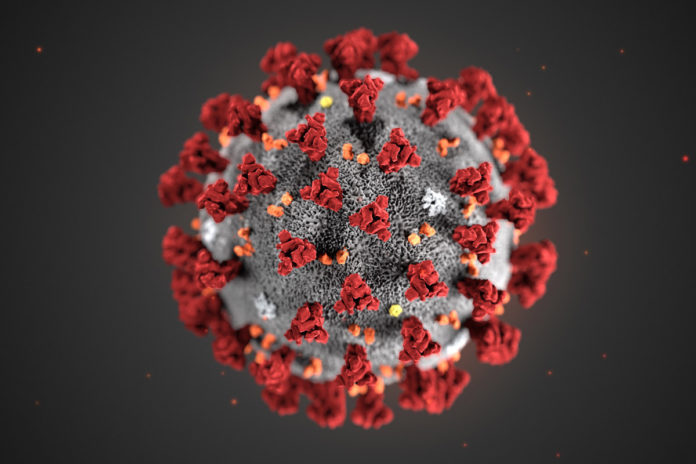 Perhaps the most meaningful observation about corona virus that a medical professional made in an interview, was that ‘the virus has understood us better than we have understood it’ thereby suggesting that we are up against an invisible enemy that required what in security parlance was called a ‘counter intelligence’ effort — in this case a competent and comprehensive analysis of the known facts in order to predict where will the virus attack next. This is essentially a fight of ‘individuals’ who are the targets — more than a combat that it was for the large ‘collective’ represented by the government. This is a challenge for every citizen to handle and, as is known, the victory in any ‘war’ depends — more than anything else — on the extent of information one had on the character and ways of the ‘enemy’ to start with.

Three things are now established pretty well. First, it has to be accepted, without getting perturbed, that the incidence of this virus might spread in the coming days considering the global exposure that a large country like India had already had and the ‘area of contact’ that our citizenry as a whole would have created by now. Secondly, corona is a mutated flu virus and therefore every symptom of cold and cough would not be a presumption for the bigger threat unless the pattern of its natural fading away without medication, did not show up — calling for quick testing. And thirdly, it is known that the virus hibernates on ‘surface’ — of lifts, counters and playgrounds — or catches on through droplets from an infected individual. This awareness crucially helps to preempt an ‘attack’. These basic pieces of information, in fact, provide the ‘armour’ that everyone needs to acquire to deal with this adversary.

Social distancing is the mantra that is rightly doing the rounds — it is amazing how even educated people are not mentally accepting the importance of keeping away from large parties and interactive events at least for the time being. In a large assembly, it is almost impossible to maintain the distance of a metre in interactions. Smaller the gathering easier it is to have the advantage of ‘restrictive security’ which in professional parlance means that the participants had all that they ‘need to know’ about each other.

Also, mobile and social media help every body to remain physically aloof without developing the feel of ‘isolationism’. Work place routine may change a bit — the job has to be kept — and since all business is human activity the stress developing in the world of business is one major area of government intervention and welfare funding. A democratic state has to step in and plan the support it has to render to the citizens at large with or without declaring an emergency. The Modi government has shown remarkable alacrity in planning for the immediate and long range measures. Hundreds of affected Indians have been evacuated from Italy and Iran through special Air India flights and put in quarantine facility at short notice. Prime Minister Modi has emerged as a global leader in the fight against the pandemic — this is a matter of pride for India.

Since the threat emanates from ‘surfaces’ discipline about ‘touch’ and hand sanitisation are on top of the preventive steps. A scientific temper, always useful, is particularly helpful here. Talking from a friendly distance, avoiding a handshake or a hug and cleaning up hands before lifting a baby or settling down to a meal are things that suggest themselves for a quiet adoption. Once robust common sense comes in full play the threat of virus becomes a game of wits with the invisible enemy and a sobering thought that does not cause panic. The government has to find a way of checking any artificially created shortages and black market in such commodities as sanitisers and masks needed for certain work places. The big picture requirement for the State is to create adequate testing and hospital enrolment capacities wherever needed — all these being provided at government expense. If the threat of corona virus becomes instrumental in the upgrading of medical and health infrastructure it will prove to be a blessing in disguise. This should become a national project that will justify itself in multiple ways — from employment enhancement to manufacture promotion.

The medical fraternity as also the government must sponsor a campaign of education to make the people aware of the right kind of cooking and eating — the world must remember how the suspected origin of the virus is traceable to the animalistic consumption and sale of meat in certain parts of China including Wuhan. A major segment of prevention pertains to dietary discipline and attention to one’s immune system. India has a well developed Ayurvedic tradition and the campaign should aim at providing the benefit of the same to the people at large through authentic messaging and broadcasting. The corona spread must bring out the best of India in the spheres of philanthropy and voluntary public service. The businesses of travel, civil aviation and entertainment have to take their infrastructure maintenance to a new level of efficiency and clinical attention. This is a call for self discipline and social awareness being in place -even when the virus is gone.

A lasting impact of this pandemic globally and on a large populous country like India is something that can be clearly foreseen. Online businesses, including education through the Internet, will expand and the trend of employees being allowed to work from home will gather momentum — the fact that it tends to make for cost effectiveness helps. Public transport will have to be enlarged because of the people’s aversion to overcrowding and the responsibility for keeping the coaches and vehicles clean will have to be defined for accountability. Street food, congested markets and unclean cinema houses will be on a discount and cable or web entertainment will catch up further. Sale of compact cars may go up as the middle class may revert to personal transport for health safety. There will be material changes in the personal lifestyles as also in the world of business — some if not most definitely for the better. India will be tested for its competitiveness in a world left bruised by the corona pandemic -with the help of people made wise by the experience, it will hopefully remain on top. (IANS)