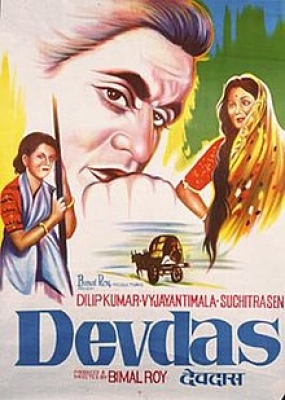 New Delhi– Bollywood legend Dilip Kumar, popularly known as the Tragedy King, has romanced many top actresses on screen over his six decades in Hindi films.

It is said that the actor always chose to act opposite top actresses of his era. His tragic image as a doomed lover, mostly a victim of fate, made him the dream man of a million women. His memorable on-screen pairings have evoked every emotion from laughter to tears, and occasionally tickled the Bollywood gossip vine, too.

The veteran debuted as an actor in the film “Jwar Bhata” in 1944. Since then, over the years, top actresses of the era have delivered hit s opposite the thespian. Here are five heroines who made an outstanding pair with Dilip Kumar.

Dilip Kumar had declined to play the role of Nargis’s son in “Mother India” in 1957 after romancing the actress in previous films. Nargis acted in seven films with Dilip Kumar, from “Anokha Pyar” (1948) to “Deedar” (1951). They played childhood sweethearts, separated by circumstances in “Mela” (1948).

The superhit film “Andaz” (1949) starring Nargis, Dilip Kumar and Raj Kapoor was a love triangle. In 1950 came two films, “Babul” and “Jogan”. In 1951 they did another love triangle, “Deedar”, this time with actress Nimmi.

“Kaun kambakht bardasht karne ke liye peeta hai?” says Devdas, played by Dilip Kumar, to Chandramukhi played by Vyjayanthimala. The pair gave epic romances to the screen in “Devdas”, “Madhumati” and “Gunga Jumna”. They worked in seven films together, from “Naya Daur” (1957) to “Paigham” to “Leader” (1964) and “Sunghursh” (1968).

Madhubala and Dilip Kumar were a pair of dreams and doom. It is said that their pair in the epic “Mughal-e-Azam” was an obituary to their tragic love. Their first film together was “Tarana” (1951). They later worked in “Sangdil” (1952) and “Amar” (1954).

Meena Kumari was the Tragedy Queen of Bollywood while Dilip Kumar was Tragedy King. Yet, interestingly, they worked together in the light-hearted films “Azaad” (1955) and “Kohinoor” (1960), where the two did cheerful roles. They also acted together in “Foot Path” (1953) and “Yahudi” (1958).

It is said that initially Dilip Kumar refused to pair with Saira Banu dismissing her to be too young for him. His real-life heroine Saira went on to do films like “Gopi” (1970), “Sagina” (1974) and “Bairaag” (1976) after marriage.