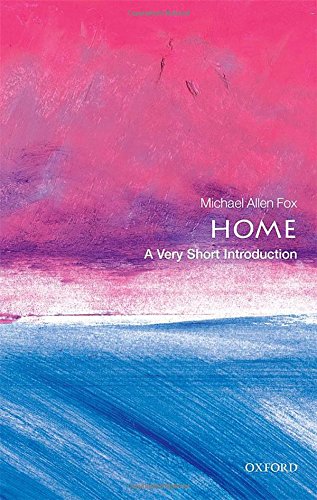 “How does it feel, how does it feel?/To be without a home/Like a complete unknown, like a rolling stone,” jeeringly asked Bob Dylan in the refrain of a 1965 single (a later cult classic), as he articulated one of humans’ deepest fears. Home is a short word but is a key concept of human civilisation and has a range of complex connotations.

Repository of our first memories and earliest formative experiences, a refuge or rejuvenation point from a harsh world, and of nostalgia in later years, the idea and feelings about “home” have long provided people of all cultures with a sense of a “point of belonging”.

But do these basic notions remain as valid, or even relevant, in the globalised — but not much equitable or less violent — world with its requirement of migration and forced displacement? Does home only mean a dwelling or is it situated in a wider place?

Philosopher Michael Allen Fox seeks here to investigate these issues, the volumes of meanings that this apparently simple word convey, like many others of its kind (say, life, love, food, and so on), and other aspects, such as not having one, that have come to be attached to it, and what the future portends.

Holding home is central life and consequently it has “been much thought about, treasured, and longed for, and abundant written works and other cultural products devoted to the subject”, he notes that despite all this, it cannot be supposed that home is a “settled concept”.

“Home is a fundamental and universal concept, yet it has multiple and associated and layered meanings for different people in a great range of circumstances… As a result, home surprises us by turning out to be a restless, shifting, somewhat elusive notion,” he says.

Fox, an Adjunct Professor of the School of Humanities in Australia’s University of New England, and Professor Emeritus of Philosophy at Canada’s Queen’s University, goes on to deal with these changing paradigms.

Starting with a definition of home and ascertaining why it has such a resonance for us, with the example of mythical Greek hero Odysseus, he then goes to fix it as a place for humans on earth; and how location — be it spatial, in our memory or imagination, or in all these senses and more — is important.

In this, he also seeks to expand the concept from a dwelling place as our reference point — but not absolute — for the world in larger frames of neigbourhood, city, region, country and beyond.

The next chapter takes up dwelling and dwellings as both activity and location, and in the second case, enlisting their great variety from caves to crowded tenements to tony flats, seeks to identify its “deep significance”. He then goes on to tell us what home means to us mentally, drawing in both Marcel Proust to Sigmund Freud and Carl Jung, and the people, objects and identities “home” comprises.

However, in “home politics”, Fox deals with contested ideas about where the line between the private and the public is drawn, gender roles of its inhabitants, the case of those for whom homes mean misery and abuse, and finally home’s place in the larger political entity of a homeland.

Here he aptly warns how a connection between the two invariably includes propaganda and fosters rise of one sided thinking — “you’re either with us or against us” — to come to the fore. Stressing homeland is not bad in itself, he holds that “when it is used as a fictive device for manipulating the public will, negative impacts are likely to rise”.

Fox sketches the equally important issues of homelessness and uprootedness — due to poverty or wars and disasters, before coming to the future of home in the highly technical but socially increasingly self-obsessed and indifferent world we live in.

A lucid look at home’s meaning, significance and benefits (and some disadvantages) through the ages, it is an eloquent testimony to our lack of attention to a key anchor in keeping us human, especially in its collective manifestation as cities, and even at its planetary level — our much-abused and-much wounded Earth. (IANS)