Mumbai– Pratik Sehejpal has always been in the headlines for his tiffs in the ‘Bigg Boss OTT’. But in a recent development, Zeeshan Khan has been asked to leave the house as he got physical with Pratik during a heated argument between them.

Basically, Pratik and Zeeshan had an argument during the ‘Red Flag’ task but it turned more bitter and Zeeshan got physical with Pratik.

The fight became so ugly that Bigg Boss asked Zeeshan to leave the ‘Bigg Boss OTT’ house for going out of control and getting physical with Pratik so as to give him a punishment and teach a lesson to the other housemates.

Let’s see what more is there to happen in the house of ‘Bigg Boss OTT’. But yes it’s a sad day for Zeeshan Khan and things turned really disappointing for him.

Amitabh Bachchan was attracted to the story of ‘Chehre’

Mumbai– Amitabh Bachchan will be seen on the big screen after a long gap in mystery thriller ‘Chehre’. He says the story of the film is what led him to accept the project.

The superstar revealed what attracted him to sign up for ‘Chehre’, “The story of ‘Chehre’ has been with Rumyji since quite some time and he used to always tell me that he wanted to narrate it to me, whenever we would meet. When I heard it, I immediately decided that I would be a part of this film.”

The film is produced by Anand Pandit and directed by Rumy Jaffry.

“People generally assume that if it’s a Rumy Jaffry film it would be a comedy, but that wasn’t so! Such a subject or topic was not something that Rumy had chosen before, and now that he has, I am very happy to have been a part of it,” he added.

‘Chehre’s cast also includes Emraan Hashmi, Annu Kapoor, Krystle D’Souza, Rhea Chakraborty, Dhritiman Chatterjee, Raghubir Yadav and Siddhanth Kapoor. The movie will portray Big B and Emraan Hashmi pitted against each other in a game of justice and punishment.

‘Chehre’ will be released in cinemas on August 27.

Mumbai– After giving India its golden moment at the Tokyo Olympics and winning the nation’s heart, champion javelin thrower Neeraj Chopra expressed his admiration for actor Randeep Hooda. When the actor visited him at the Army Sports Institute in Pune, Chopra had his fan-boy moment.

Randeep shared the moment on social media and said, “Where does one go from the top? Very few face this question and even fewer have the answers. I deeply feel that you do Neeraj Chopra.”

The Olympian also feels that Randeep is the perfect choice to portray his life on the silver screen. So, Neeraj invited Randeep to the Army Sports Institute and the actor took time off from his busy schedule to meet and congratulate him.

On the work front, Randeep will soon be seen in Jio’s flagship series ‘Inspector Avinash’, and Sony Pictures’ ‘Unfair and Lovely’ with Ileana D’Cruz.

Mumbai– Actress Yami Gautam wrapped up her shooting schedule for the film ‘Lost’ on Wednesday. The actress says that parting ways with the ‘City of Joy’ Kolkata and the film’s team makes her emotional.

“You know you had an incredible experience working on a film set when the goodbye feels daunting and a little emotional. It was fantastic to work with a team so passionate and excited to tell a story. I am really looking forward to the next part because ‘Lost’ is one of those films that will instantly connect and communicate with the audience,” Yami tells IANS.

The actress will be seen essaying the role of a feisty crime reporter based in Kolkata, highlighting the issues of media integrity in today’s time. The film is directed by Aniruddha Roy Chowdhury and backed by Zee Studios, Shareen Mantri Kedia, Kishor Arora, Sam Fernandes, and Indrani Mukherjee.

Besides this, Yami will be seen in ‘Dasvi’, ‘A Thursday’ and ‘Bhoot Police’.

Shalini Pandey: I owe everything to ‘Arjun Reddy’

Mumbai– Shalini Pandey is all set to make her Bollywood debut in ‘Jayeshbhai Jordaar’ opposite Ranveer Singh. 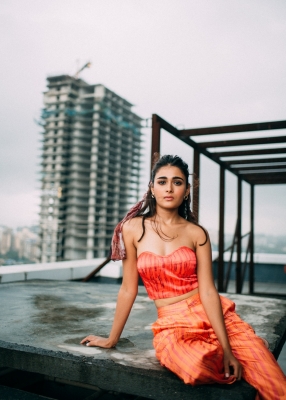 On the fourth anniversary of ‘Arjun Reddy’, a film that catapulted her to instant stardom in the south, Shalini credits the film and her director Sandeep Reddy Vanga.

Shalini said, “I owe everything to ‘Arjun Reddy’ because it put me on the map as a performer. I had done my level best to put in a performance that I was immensely proud of and I’m glad that audiences appreciated my hard work.”

She added, “I owe everything to my director Sandeep Vanga Reddy for his belief in me as an actor. I’m fortunate that I was a part of his vision to create an unparalleled love story that has etched its place in the hearts and minds of film lovers across India.”

The actress said that ‘Arjun Reddy’s success fuelled her passion to be recognised as a versatile artiste.

She said, “The success of the film gave me a lot of confidence to pursue my personal goal to be an artiste who wants to make a name as a performer, who loves to be versatile.”

“‘Jayeshbhai Jordaar’ will be testimony to this statement. Unfortunately, I can’t talk too much about my role right now so you will have to wait and watch,” signed off Shalini. (IANS)