Mumbai– Actress Vaani Kapoor, who will be next seen in ‘Shamshera’, says she never chooses films thinking that she would win awards for them, but picks them from her heart.

Vaani says: “I have never chosen films thinking I will win awards for them. I have always chosen projects from my heart and that’s why I’m fortunate that I have films like ‘Chandigarh Kare Aashiqui’ in my filmography.

“It is rare to find a project that can consume you, make you dissolve yourself on screen to become someone like Maanvi. Maanvi is an idea and an ideal for the world and I’m blessed that I got to play this character with all my heart and soul.”

She said that if people have loved my performance it’s because the character was written so “beautifully and with so much dignity.”

The actress added: “If I were to win awards, I would dedicate them to the transgender community in India because we wanted to speak about inclusivity. If the film wins or my performance wins, it will show people that mainstream media is embracing this thought of much-needed change.

“Mainstream media has the power to change societies, make it evolve, and become better. But again, we didn’t make the film keeping awards in mind. It was made from the purest place in Abhishek Kapoor’s heart. He wanted us to open our minds.”

She added: “We made the film to seed a thought about changing oneself, one’s beliefs and ideas about how society is and how society should be for the future generations.”

Shweta Tripathi: I am a bit of a fiery person myself

Mumbai– Actress Shweta Tripathi has always portrayed strong characters such as Golu Gupta in ‘Mirzapur’ and Sandhya in ‘Haraamkhor’ to name a few. She says she resonates with such roles because she is a bit of a fiery person herself. 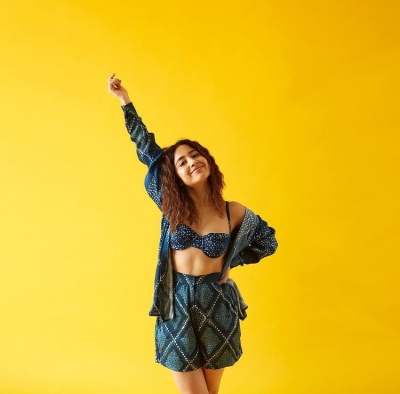 Shweta, while talking about her past characters and the challenges of playing a romantic role in ‘Yeh Kaali Kaali Ankhein’, said: “I’m someone who has played a lot of strong characters in the past, and I can resonate with them as well because I am a bit of a fiery person.

“But I think the biggest difference between Shikha’s life and mine is that there is a lot of pain in hers and embodying that pain while not having felt it, was a huge challenge.

Shweta said she has done action in the past but “this kind of action is very different.

“I find myself crying while running through gunshots and blasts. I am used to not being afraid. So even if it’s using a gun, I would not be scared, I would pick it up and shoot it, as opposed to here.”

Talking about her character in the Netflix series, she added: “I play a character who’s fearful, yet, driven by love amidst chaos, and isn’t trying to emerge as a hero. I think that has been the biggest challenge.” 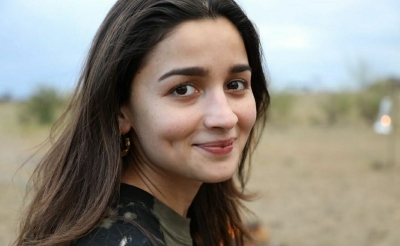 It is the first time that the actress publicly addressed Ranbir as her ‘boyfriend’.

Alia took to Instagram and shared a few pictures of herself from her year-end vacation with Ranbir at an undisclosed location. She wrote in the caption, “Casually flexing my boyfriend’s photography skills.”

Alia and Ranbir had jetted off to an undisclosed location to ring in the New Year amid the wilderness. In an earlier set of pictures shared by Alia on her Instagram, Ranbir too made an appearance in one of the images.

On the work front, Alia was supposed to be seen in S.S. Rajamouli’s magnum opus ‘RRR’ alongside Telugu superstars Ram Charan and Jr NTR. However, the third wave of the pandemic has pushed the release of the film to a later, unannounced date.

Siddhaanth: My passion for cricket benefited me both personally and professionally

Mumbai– Actor Siddhaanth Surryavanshi, who plays the role of Kuldeep Chaddha in the show ‘Kyun Rishton Mein Katti Batti’, has talked about his interest in playing cricket which he says benefits him both personally and professionally. 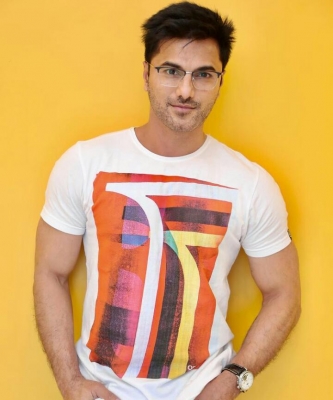 He says, “I have enjoyed playing cricket since my childhood. And my passion for the game has benefited me both personally and professionally. While watching cricket can be quite exciting, playing it is an altogether different experience.”

Explaining how his passion for cricket has worth.

The actor says, “It is also interesting to note that there are many benefits of playing cricket. The sport has been a great teacher helping me to polish my acting skills and keep me fit and healthy.”

“Not only does it help you burn calories and strengthen muscles, but it also improves your hand-eye coordination considerably. Cricket improves focus and attention span, too, making it a great way to stay mentally agile.”

Mumbai– Actor Ram Kapoor, who is gearing up for the release of his upcoming medical thriller ‘Human’, has called his co-actor Shefali Shah a ‘goofball’ and a ‘fun person’ behind the camera. 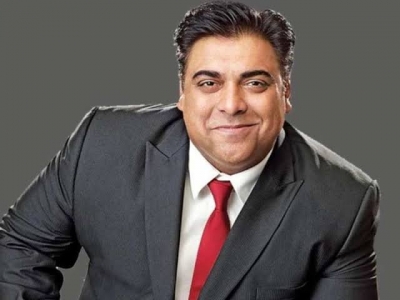 Ram and Shefali have been friends since long and have worked together on several projects.

Talking about jamming with Shefali on sets, the actor said, “It’s always amazing to work with Shefali, I’ve worked with her 2-3 times before and we get along really well. She’s an absolute darling of a person, a total goofball, you know, she’s a lot of fun when the camera’s not rolling in! And I also tend to have a lot of fun when I work.”

‘Human’ directed by Vipul Amrutlal Shah and Mozez Singh, has been penned by Mozez Singh and Ishani Banerjee.

The show, which also stars Kirti Kulhari, Vishal Jethwa, Seema Biswas, Aditya Srivastava and Mohan Agashe, will be available to stream on Disney+ Hotstar from January 14.

Mumbai– Bollywood actress Kubbra Sait, who is known for her stint on ‘Sacred Games’, has tested positive for Covid-19. She took to her Instagram story and posted a long text notifying her associates and people close to her about the diagnosis. 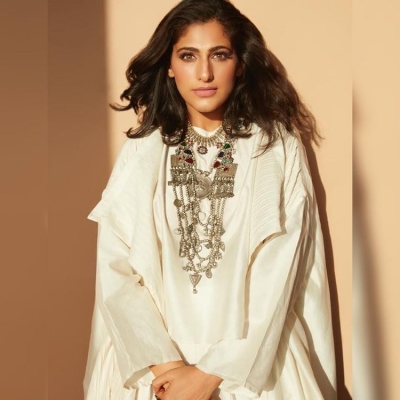 She wrote: “Hey beautiful peeps, first and foremost #maskup Second, I’ve tested positive with mild/asymptomatic Covid-19. If you were in contact with me, please run a home test … (so that we don’t burden the already burdened testing system).”

The actress, who was most recently seen on the Apple TV+ sci-fi show ‘Foundation’, reminded her social media followers that the country’s healthcare system is under immense strain because of the upsurge in cases.

Sait said: “I haven’t still received the results from the lab. It’s been 36 hours. Better stay indoors and take a break. You may not even realise you’re a carrier (at this stage).”

About the state of her health, she said she was doing fine and only had mild symptoms. “I’m alright. Resting and watching TV. Stay calm, consume loads of fluids, watch little TV and the phone. So in 5-7 days we can say #ByeOmicron.”