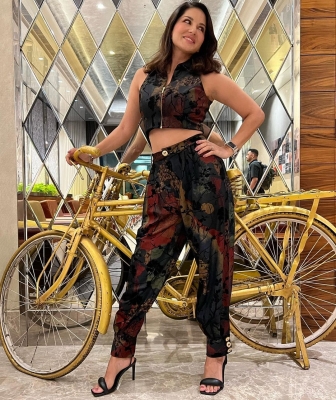 Sunny Leone on non-fiction shows: You have to be yourself, and that’s challenging

Mumbai– As Sunny Leone kicks off the new season of youth-based reality show ‘Splitsvilla’, the actress on why it is the most exciting genre to pull off. She says non-fiction is always difficult to shoot and perform as one has to be themselves and that’s the most challenging and most fun thing to do.

With the new season in Goa, she tells us that this is the toughest genre to shoot. The actress is soon going to star opposite Vishnu Manchu in the upcoming Pan-India film ‘Ginna’.

From shooting a multilingual film to doing an action packed web series, the actress has done it all in 2022. But what turned out to be the most thrilling for her is ‘Splitsvilla’.

Revealing the reason, she said: “At its core, this reality show is about love, longing and heartbreak. To see young people go through that journey is both heartening and sometimes tough to judge. Human beings are flawed by nature and so when we show these real emotions on screens, even as judges we find it hard to gauge who is right and who is wrong.

She added: “Moreover, every year, the attempt to do something unexpected and keep the conversations fresh. The whole team endeavours to retain the snazziness of the show and blend it with genuine emotions. Non-fiction is always difficult to shoot and perform. You have to be yourself and sometimes that’s the most challenging and most fun thing to do.”

Mumbai– Bollywood star and mum-to-be Alia Bhatt said that her “little one kicked” her “relentlessly” while she was giving an acceptance speech. 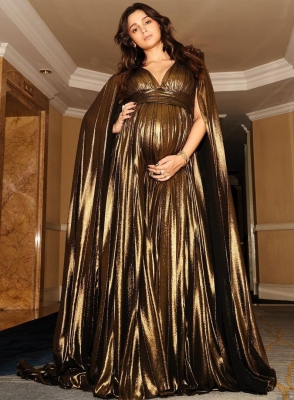 Alia was honoured with the Time100 Impact award for her outstanding contribution to cinema. She wore a dusty shimmery cape gown as she accepted the award.

While giving her acceptance speech, Alia mentioned her “little one” and said: “I am immensely proud to be here tonight as a representative of my country. A country that has built both me and my career. India as a country has its core value as diversity above anything else and it’s a song I hope to sing all over the world.”

“Lastly, when it comes to making an impact. I hope I continue to do so in whatever way possible but for now, tonight, this award has genuinely made an impact on me and my little one who has relentlessly kicked me through the speech. Thank you so much, have a good night,” she said.

On the acting front, Alia was last seen on screen in Ayan Mukerji’s ‘Brahmastra Part One: Shiva’. She will next be seen in ‘Heart Of Stone’ and ‘Rocky Aur Rani Ki Prem Kahani’

Mumbai– Veteran actor Anupam Kher is set to explore the digital space with his upcoming talk show ‘Manzilein Aur Bhi Hain’, which is touted to be India’s most inspirational talk show. It will see him in conversation with extraordinary people having extremely ordinary origins. 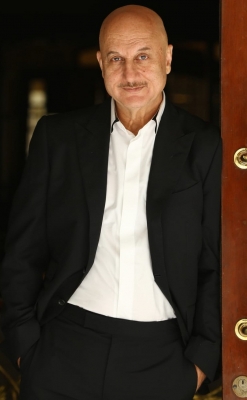 The show will seek answers to what lit their path during their darkest phase and the challenges that they went through and what drove them to burn everyday so that they could live forever?

With these stories, the content of the show will serve as a way of life for a lot of people, who need a trigger to step out and achieve the impossible.

Talking about the show, the senior actor said: “As the title suggests, ‘Manzilein Aur Bhi Hain’ is a motivational chat show, as it talks about hope, courage, determination and efforts to achieve what you set out to. It’s a great opportunity to interact with achievers from different walks of life which will hopefully serve as huge inspiration for the millions who need that trigger to achieve the impossible.”

He further mentioned: “Hope is a powerful thing. It not only inspires us to do the impossible but also helps us deal with difficult times”.

The show will premiere its first season on Anupam Kher’s YouTube channel this month (October) with guests curated by Kher himself.

Parineeti’s ‘biggini shoot’ is all about sand, sea and sunshine

Mumbai– Parineeti Chopra shared a glimpse of her ‘biggini shoot’ from Maldives where the actress looks every-inch gorgeous. 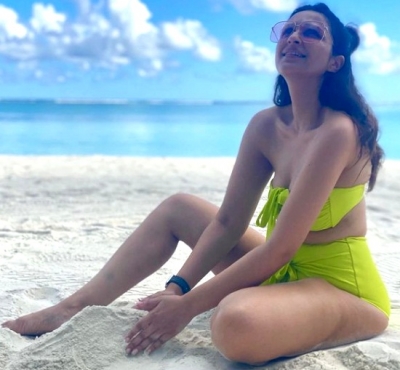 Parineeti took to Instagram, where she shared the image. In the picture, the actress is seen sitting on a beach dressed in a neon coloured bikini. The backdrop features the bright blue sky and sea.

She wrote: “biggini shoot #IYKYN (If you know, you know).”

The actress is currently awaiting the release of her upcoming film ‘Code Name Tiranga’.

An espionage action thriller, ‘Code Name: Tiranga’ is the story of a spy on an unfaltering and fearless mission for her nation in a race against time where sacrifice is her only choice.

Parineeti will play a RAW agent who is on an exhilarating journey across many countries. Harrdy Sandhu, who is an established and sought-after singer, will surprise the audience by his acting prowess in the film.

It is set to release on October 14.

Mumbai– Bollywood actress Katrina Kaif will be essaying the role of a ghost in her upcoming release ‘Phone Bhoot’. The horror-comedy also stars Siddhant Chaturvedi and Ishaan Khattar. This is the first time she will be seen playing the character of a ghost in a film. 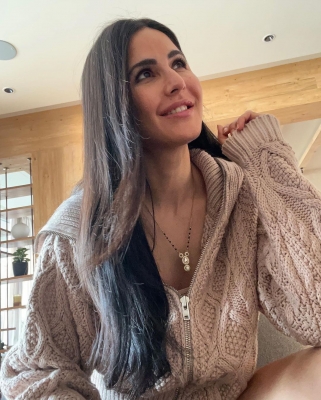 The makers had recently shared a BTS video from the sets of the film. It showed the cast having a great time during the making of the film thereby raising the excitement of the audience to see the three actors together in the film.

‘Phone Bhoot’ has been directed by Gurmmeet Singh, who is known for his work on the crime-drama streaming show ‘Mirzapur’. The film, written by Ravi Shankaran and Jasvinder Singh Bath, will also mark Kartina’s first film after her marriage with Vicky Kaushal.

Produced by Ritesh Sidhwani and Farhan Akhtar-owned Excel Entertainment, ‘Phone Bhoot’ is set to be released on November 4, 2022. 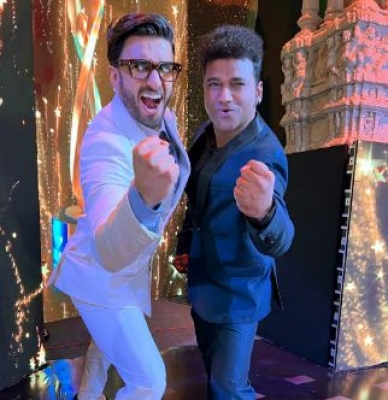 Interestingly, Bollywood star Ranveer Singh is to launch this song!

Ranveer and DSP are collaborating for the first time in Rohit Shetty’s ‘Cirkus’ and the actor says he is thrilled to launch the ace music director’s non-film music video to people pan India.

Devi Sri Prasad, who is popular in the Tamil and Telugu film industries, has delivered several chartbusters in both Tamil and Telugu including ‘Ringa Ring’, ‘Daddy Mummy’, ‘Srivalli’ and ‘Oo Antava’ among others.

Mumbai– Bollywood star Kareena Kapoor Khan, whose last film ‘Laal Singh Chaddha’ turned out to be a box-office dud, recently jetted off to London with her second child, baby Jeh. But, before one jumps to conclusion, the actress has gone to the UK capital city not for a vacation but for work. 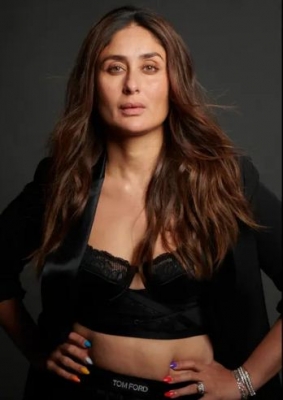 She will be shooting for her next movie, which is to be directed by Hansal Mehta of ‘Scam 1992: The Harshad Mehta Story’ fame. The yet-to-be-titled film will be shot in London and in two schedules. Kareena will be back to the country to celebrate Diwali with her family, before she again takes off for the second schedule.

The film will be produced by Ekta Kapoor’s Balaji Motion Pictures and will mark Kareena’s second collaboration with the production company, her first being the 2018 film ‘Veere Di Wedding’ where she co-starred with Sonam Kapoor, Swara Bhaskar and Shikha Talsania.

Although not much has been revealed about the upcoming film, the combination of an ace director like Hansal Mehta and a star of stature like Kareena is something the fans are eagerly awaiting and definitely looking forward to. (IANS)