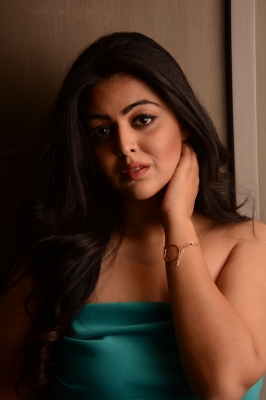 Shafaq Naaz: I want to be part of meaningful content

Mumbai– Actress Shafaq Naaz talks about the kind of content she wishes to be a part of and whether the idea of entering films fascinates her.

Shafaq says: “Honestly, I haven’t been offered the kind of roles in films, especially the ones I am looking out for. We have OTT and TV procuring some really hard-hitting concepts.”

On the professional front, Shafaq has been a part of the shows like ‘Mahabharat’, and was also seen as Mayuri in ‘Chidiya Ghar’ and was last seen as Shruti in ‘Ghum Hai Kisi Ke Pyaar Mein’.

Tamannaah talks about working with Badshah in ‘Tabahi’

Mumbai– Popular actress Tamannaah gets candid about her working experience with Badshah in the new song ‘Tabahi’. 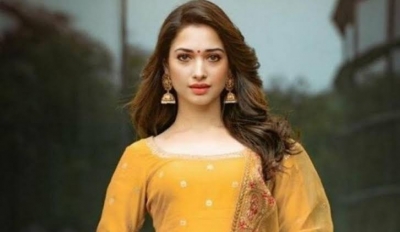 She is coming to promote her latest track on ‘India’s Got Talent’.

Talking about her experience on the show, Tamannaah candidly shares: “It’s very humbling to come to a show like ‘India’s Got Talent’ and watch diverse talents different parts of our country. I feel that this platform generates great awareness and I feel like back in the day, there weren’t such opportunities as today.”

“So, for me, as an artist to come here and even watch these people perform, is extremely humbling. It reinstated for me that more than talent it’s always the temperament that shines through,” she concludes.

Mumbai– Bollywood actress Parineeti Chopra is all praise for actress, dancer and model Nora Fatehi, who is appearing as a special guest on ‘Hunarbaaz Desh Ki Shaan’.

She says: “There are no actors or choreographers in the industry who can dance as well as Nora does.”

Nora has appeared in Hindi, Telugu, Malayalam and Tamil films. She gained popularity by doing item numbers in films like ‘Temper’, ‘Baahubali: The Beginning’ and ‘Kick 2’.

Parineeti says that Nora’s dancing skills are unbeatable and her every move impresses the ‘Hasee Toh Phasee’ actress.

Parineeti adds: “There are many dancers who are amazing, but I am hooked to Nora’s songs, her athleticism, her grace, her moves, in my opinion no one can match her.”

Meanwhile, both Parineeti and Nora are impressed by the act of the all-girl crew, ‘Yo Highness’, who performed to the medleys of her songs.

Vijay Varma on working with Kareena: Had been waiting to tell the world about it 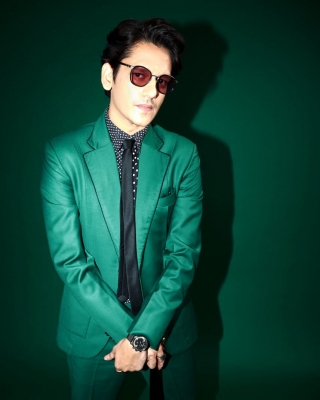 Talking about the same, Vijay says, “I am so excited this announcement is finally out. I had been waiting to tell the world about it because not only is the script so amazing but also the kind of team I get to work with.”

He added: “Starting with Sujoy Ghosh, having him as your director is an honor in itself and then to share screen space with Kareena Kapoor Khan is really exciting.”

Vijay shared that he has admired her work for a long time.

“I’m defintiely really looking forwad to this journey together. And, Jaideep and I have been long time buddies so I’m really glad we finally get to come on board together too.”

The ‘Gully Boy’ star will also be reuniting with his co-star, Alia Bhatt for their next, ‘Darlings’, only this time opposite her.

The actor’s list of upcoming projects includes ‘Darlings’, ‘Hurdang’ with Sunny Kaushal and Nushrratt Bharuccha, the web series, ‘Fallen’ alongside Sonakshi Sinha, and an untitled project by Sumit Saxena along with the next with Kareena Kapoor Khan by Sujoy Ghosh.

Manushi Chhillar: Love the whole community feeling that we have with Holi

Mumbai– Debutante Manushi Chhillar talked about what she likes about the festival of colours — Holi.
She says she loves the whole community feeling that comes with the festival. 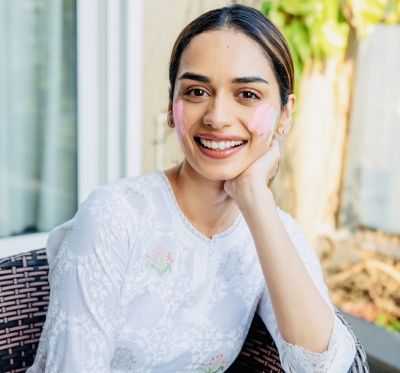 Manushi says, “My initial memories of Holi are from childhood when we used to live in Bangalore. I still remember having a small pink pichkari (pink used to be my colour), going around with my friends, being very excited about Holi and playing with my pichkari and my water gun.”

She loves how Holi brings people together as a community.

Manushi says, “Like any other festival, I love the whole community feeling that we have with Holi. I think the one special thing about Holi is also the fact that all your friends come to play and we would have groups and there would literally be gang wars with water guns, that was really fun.”

She adds, “I think Holi is a very playful festival and it’s a lot of fun so playing with your friends is what I absolutely love about the festival and of course Gujiya. I used to really love eating Gujiya (I have a sweet tooth). So, these used to be my favorite parts about Holi.”

Talking about how the atmosphere at her home is during Holi, she says: “I think Holi is also about a build-up, you start preparing, you start playing a little few weeks before the actual festival, but Gujiya was what I absolutely loved about Holi, growing up in the north, it used to be made at home; so that was fun.”

“Otherwise, the atmosphere at home during any festival is fun, all coming together to celebrate and I have working parents so festivals would actually be those few days that they would get an off so we would all come together and spend time together.”

Manushi is all set to make her big Bollywood debut with ‘Prithviraj’ starring Akshay Kumar, which is set to release worldwide on June 3. (IANS)