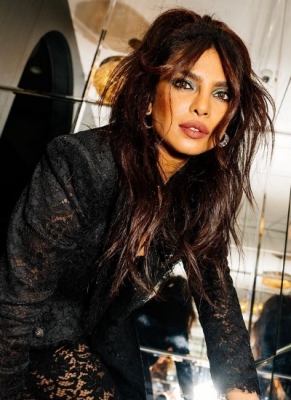 Mumbai– Indian actress Priyanka Chopra Jonas, who is currently busy promoting her upcoming Hollywood film ‘The Matrix Resurrections’, has lashed out at a news article calling her ‘wife of Nick Jonas’. She asked for an explanation as to how this can still happen to women.

Priyanka took to her Instagram stories, where she shared screenshots of the article and questioned if she should add her IMDb link to her bio.

The article shared by Priyanka read: “The wife of Nick Jonas shared…”

It quoted her speaking on Good Morning America about her co-star Keanu Reeves.

Highlighting it, Priyanka said: “Very interesting that I’m promoting one of the most iconic film franchises of all time, and I’m still referenced as ‘the wife of…’.”

Tagging her husband Nick Jonas, the actress added: “Please explain how this still happens to women? Should I add my IMDb link to my bio?”

The Matrix Resurrections’ also features Carrie-Anne Moss, Neil Patrick Harris, Yahya Abdul-Mateen II, Jonathan Groff, among others. It is scheduled to hit the theaters on December 22.

Mumbai– As 2021 draws closer to an end, actress Alaya F, who made her debut opposite Saif Ali Khan in ‘Jawani Jaaneman’, looks back at the year as she calls it a professionally rewarding year. 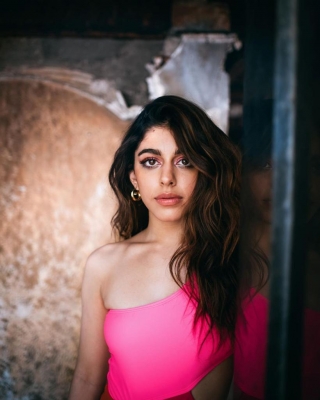 The actress has been busy with shoots throughout this year and she now opens up on how that feels.

Talking about her busy year, Alaya shares: “2021 was a very special year for me because I finally got the opportunity to really work and be on sets non-stop after a long break that the pandemic forced upon us!”

Working her way through lockdowns in projects one after the other, he says: “I was constantly shooting and in films back to back and even though it was very exhausting at times, it was so rewarding because all through the lockdowns that happened post my first release all I could think about was getting back to work. So finally being able to do what I had been dreaming of was incredible!”

Shedding light on her learnings, the actress says: “In between all of this I also learnt important lessons on how to balance my time and conserve my energy and take breaks when necessary. Which is something I never used to do!”

Hyderabad– With ‘Pushpa’ opening to terrific box-office collections, the reports claim otherwise. Marked as a good entertainer with a few loopholes, ‘Pushpa’ has caught up with mixed reviews. 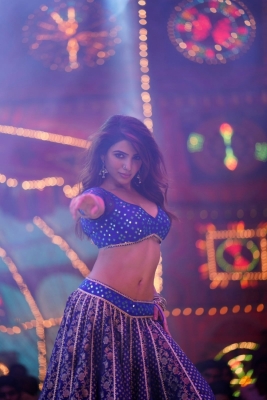 Along with Allu Arjun’s splendid performance, actress Samantha is being lauded for her bold, blingy special number in the movie ‘Pushpa’.

Visuals from theatres show the masses boogie for Samantha’s fizzy item song in ‘Pushpa’. Samantha and Allu Arjun dance to the beats, while the viewers are spotted throwing confetti and hurling papers at the screen.

As the song is sequenced in towards the end of the first half of ‘Pushpa’, the audience is seen going gaga over the item song.

The ostentatious set and the whole setup give much appeal to the mass song, for which the music is composed by Devi Sri Prasad, and the dance is composed by Ganesh Acharya.

Samantha’s unlimited following remains one of the factors for such hype around the song, despite it sounding like any other common item song.

Samantha is unquestionably in her sexiest avatar to date due to the fact that she has exposed her mass side without any inhibitions.

Samantha, on the other hand, is to appear in two multilingual movies, apart from ‘Shaakunthalam’, which is wrapped up already.

Mumbai– Actress Fatima Sana Shaikh, who recently joined the cast of Meghna Gulzar’s ‘SamBahadur’ along with her ‘Dangal’ co – star, Sanya Malhotra, has hailed the latter as a maverick director and feels blessed to be directed by her. 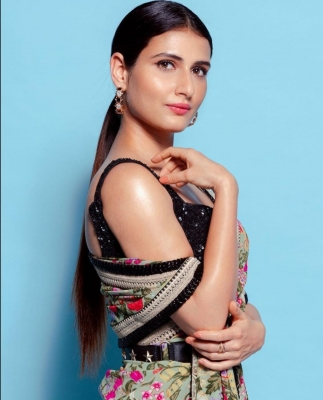 Talking about Fatima shares: “I feel truly blessed to have bagged this opportunity to work with Meghna Gulzar. She is a maverick of a director, whose work I have admired and followed since very long (sic).”

Calling the opportunity a milestone, the actress says, “I consider working with her a personal milestone. I’m super pumped to start shooting with her and I hope we have a blast on the sets of ‘SamBahadur'”.

In the film, which stars Vicky Kaushal in the titular role of Field Marshal and one of India’s greatest war heroes, Sam Manekshaw, Fatima will be seen playing the role of Indira Gandhi, India’s only female Prime Minister, till date.

This will be her third film with Sanya Malhotra after ‘Dangal’ and the Anurag Basu directorial ‘Ludo’. In addition, Fatima will also be seen sharing the screen with Anil Kapoor in another project.

Mumbai– Actor Bhavya Sachdeva, who was last seen essaying the negative role of Chandrachur in the television show ‘Barrister Babu’, says he wants to act in an intense love story.

He said: “I have experimented with a good variety of roles. And though I can never get enough of trying something new, I really wish to do a coming-of-age character in an intense love story. I want to invest myself in a role like I have never done before. I wish to undergo a journey both as a character and an actor.”

Bhavya has previously appeared in shows such as ‘Pavitra Bhagya’ and ‘Shaadi Ke Siyape’.

The actor also was excited about getting an offer from a Tamil television show. He said: “I remember watching TV during the first lockdown and coming across people who couldn’t stop appreciating ‘Barrister Babu’. I just couldn’t believe my luck when I got to be a part of it later on.”

Bhavya added: “Indeed, it was truly a beloved show. I wish I had a simple answer to give about it going off air. Interestingly, though, our show has started airing in Tamil as ‘Bommi B.A., B.L’. I am really happy about it.” (IANS)