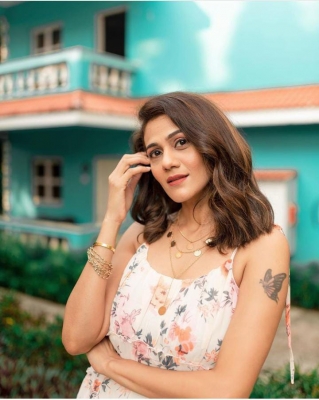 Mumbai– Actress Kajal Pisal is currently seen in the role of a mother of a young boy (played by Puneett Chouksey)who is almost her age, on the show ‘Sirf Tum’.

She is often questioned by fans on social media on playing a role disproportionate to her age.

Talking about it Kajal says: “I’m glad that people are watching and appreciating my work. I don’t regret playing a role over my age as audience do understand and classify your real age. Whenever I take up a role I just make sure to see my screen timing and importance in the story. If that is strong and creatively written I do not mind to act. After all we act nothing changes in real life.”

Kajal went on to reveal that she shares a healthy relationship with everyone on sets.

“I’m lucky to have the opportunity to know some beautiful and extremely talented peoples on set. Everyone of us share healthy bond. We all are in or around same age and young. It’s just the role and story we act elder or younger. Offsceeen we all are like friends. I’m enjoying portraying my role.”

Kajal is known for featuring in shows like ‘Bade Achhe Lagte Hain’, ‘Saath Nibhaana Saathiya’ and ‘Naagin 5’, among others.

‘Dance With Madhuri’ to have separate segment for kids

Mumbai– A unique separate segment dedicated to kids has been started on the online dance platform ‘Dance With Madhuri’, and it will cater to kids aged 3 – 12 where they could learn dancing to nursery rhymes and different dance forms.

Given the classical dance forms like Bharatnatyam and Kathak require years of rigorous training to attain perfection, the platform has included the beginners’ coursework content on these dance forms also to give an early kick start to a learner’s journey.

Talking about the same, actress Madhuri Dixit said, “I was 3 when I started learning Kathak, it is very important that kids start to learn dance at an early age as it helps in the overall development. The special section dedicated to kids will have songs and nursery rhymes which the kids can dance to depending on their age.”

In addition, it is also arranging frequent Dance Live Workshops for kids to increase their interaction with their trainers, solve their queries live and make them ‘Performance Ready’. 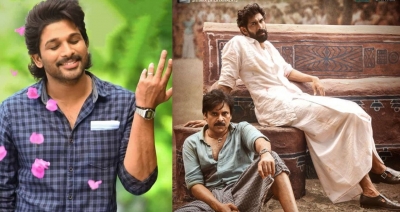 ‘Pushpa’ actor Allu Arjun, who is currently prepping up to start shooting for the blockbuster movie ‘Pushpa’s sequel, had taken his Instagram to congratulate team ‘Bheemla Nayak’.

“I am late to the party, but wanted to convey my big congratulations to Pawan Kalyan Garu, Rana Daggubati, Trivikram Garu, director Sagar K Chandra, Thaman, Naga Vamsi, and the entire team of ‘Bheemla Nayak’ for such a huge blockbuster. Enjoy the highest quality movie on Aha!”, Allu Arjun’s note reads.

Starring Nithya Menon and Samyukta Menon as the female leads, the film transports the audience into a universe of ego war.

Trivikram Srinivas’ crip screenplay writing, Thaman’s thumping music, and the dynamics of the story are the reasons behind the movie’s theatrical success.

Ankur Bhatia: Super excited to see how I’ll be perceived as Vicky by audience 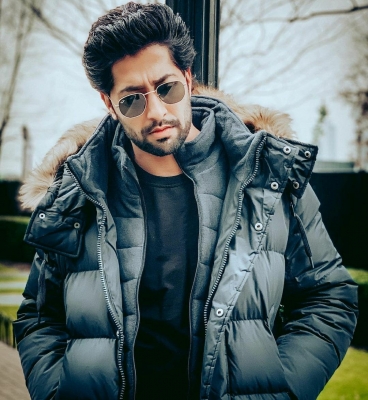 He talks about his role and how it is different from his previous ones.

He will be seen playing a wacky character of Vicky in the film that also features Shahid Kapoor in the lead.

He is excited about playing a role he has never tried before.

Ankur shares: “‘Bloody Daddy’ is definitely one of the most exciting projects I had this year. My character is an eccentric and I drew inspiration from people who had portrayed such offbeat characters on screen before.”

“I also observed people who I found to be quirky. I am super excited to see how I will be perceived as Vicky by the audience,”he adds.

Ankur is also a part of Apoorva Lakhia’s ‘Crackdown 2’.

Vidhi Pandya: I remember being extremely nervous before my first look test 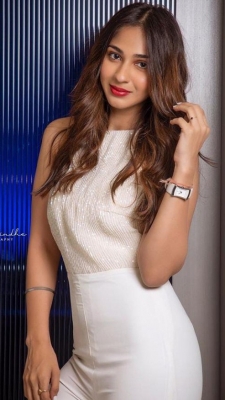 Vidhi, who plays the role of Saumya on the show, recalls how she was nervous before going for first look test.

She says: “I remember being extremely nervous before my first look test. I underwent a complete makeover and experienced moments of hesitance. But when I looked at my new avatar in the mirror, it left me awestruck.”

The actress is also known for her recent stint in ‘Bigg Boss 15’. She emphasises that makeover should also be a personal choice.

“I believe that one can only enjoy their makeover only if they desire, and not if someone wants them to change how they look. We should never let anyone dictate our choices, and our decisions should only go the way we want them to,” she adds.