Amgaon (Maharashtra)– The cast and crew of “21 Sarfarosh: Saragarhi 1897” celebrated Army Day on Monday with soldiers of the Sikh regiment of the Indian Army. 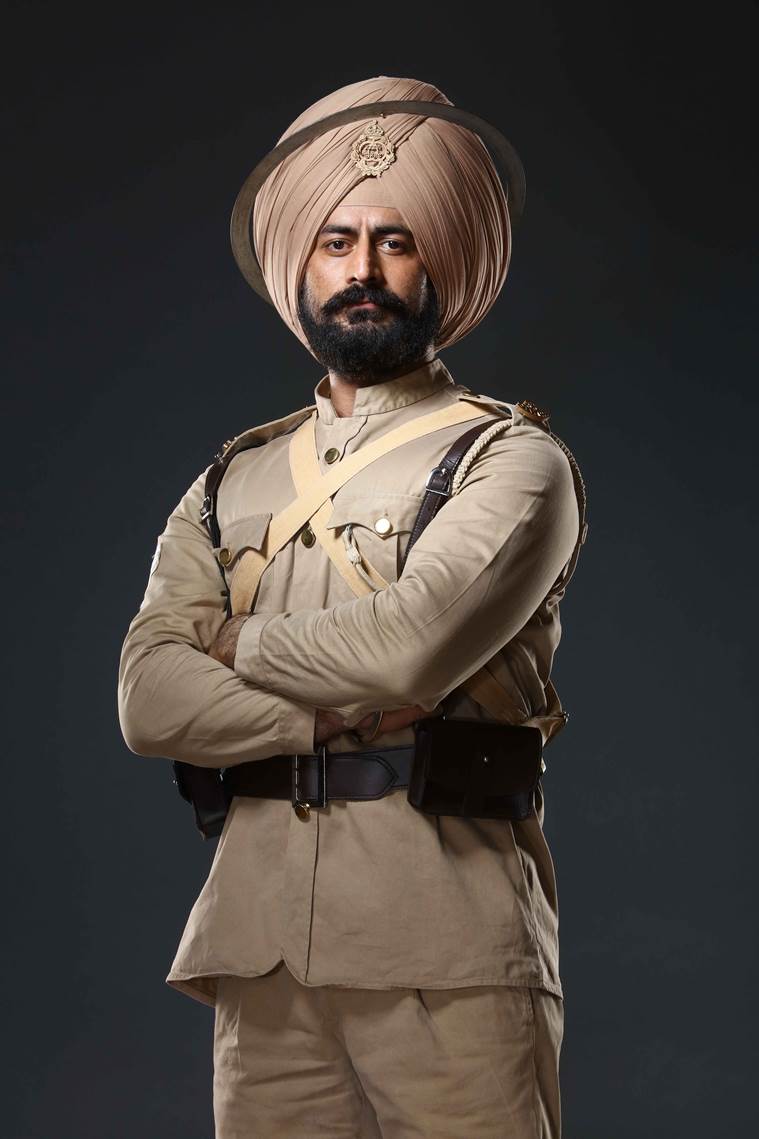 Actors Mohit Raina and Mukul Dev personally took the soldiers of the Sikh regiment on a tour of the set in Amgaon, where scenes related to the epic battle of Saragarhi are currently being filmed.

“We are honoured to have the soldiers of Sikh regiment in our studio on this special day, where the bravest of the country are celebrated. Battle of Saragarhi is considered as one of the bravest day in the Indian history. We salute them in the admiration of their bravery and show gratitude in recognition of their courage,” producer Abhimanyu Singh, CEO of Contiloe Pictures, said in a statement.

Mohit said: “It was an absolute delight to host soldiers of the Sikh regiment, along with their families, on the special occasion of the Army Day.”

“(The fiction show) 21 Sarfarosh: Saragarhi 1897” is inspired by the real-life story of 21 brave soldiers of the 36th Sikh regiment of the British Indian Army. It will be aired on the new entertainment channel Discovery Jeet starting February 12.

“The role has helped me appreciate the spirit, the ethos of an Indian soldier even more than ever before. It is a supreme emotion when an individual elevates his thoughts to such a high that life itself becomes immaterial as he is ready to give it all to the motherland. Our soldiers defy every odd, face every challenge, so that we all can enjoy our lives. I salute this spirit,” Mohit added.

Puru Chibber to return to TV as a Rajput

Mumbai– Actor Puru Chibber, who took a break from television after quitting “Naamkarann” last year, will play a Rajput in a show.

“I’m returning to television after a short break. I don’t want to limit my talent. Nowadays, there is not much of a difference between small and big screens. So, I am keeping myself open to both and fighting for challenging and powerful roles,” Puru, who acted in Sanjay Dutt starrer “Bhoomi”, said in a statement to IANS.

The actor has featured in TV shows like “Pavitra Rishta”, “Reporters” and “Beintehaa”. He says his role in the upcoming episode of “Savdhaan India: India Fights Back” is powerful and is based on a real crime story.

“In the show, I’ll be seen as a son in a Rajput family. I’ll be playing a married man. Unfortunately, my character and his wife don’t have children. The family keeps on pressuring them to have a baby with Rajput blood who will carry forward the royal legacy. So under such family pressure, our characters commit a crime,” he said.

The movie is directed by Sanil Gosavi, read a statement.

“The short film has some amazing talents such as the beautiful Delnaaz Irani along with the young talents from ‘Tumhari Sulu’ Abhishek, Trupti and Ajoy.

“After being in the production team of the latest hit, this has been my first movie as a producer and the director and I am really excited as well as nervous. I hope the audience loves the film just the way they loved the trailer,” said Gosavi.

In “Tumhari Sulu”, Abhishek played the son of Vidya Balan and Manav Kaul, while Trupti essayed Vidya’s driver to the Radio station.

Mumbai– Ayaz Khan, best known for starring in the show “Dill Mill Gayye”, is a very underrated actor and hasn’t got his due in the industry, says actor-director Samir Soni.

“Ayaz is a very underrated actor. For me, he is fantastic. He has not got his due and I feel bad,” Samir said in a statement.

Ayaz will be soon seen in Samir’s psychological thriller “My Birthday Song”. The film has been written and directed by Samir.

“His character in the film is of a devil. He has an evilest charm. When he smiles, there is a devil’s impression in it. We call him the ‘lovable rascal’. Even in real life if he is after something, he is so endearing in that, you like it. That’s what a devil does. Devil comes in different faces and for me, Ayaz personifies that,” said Samir.

“My Birthday Song”, which also features Sanjay Suri and Nora Fatehi, is slated to release on Friday. (IANS)