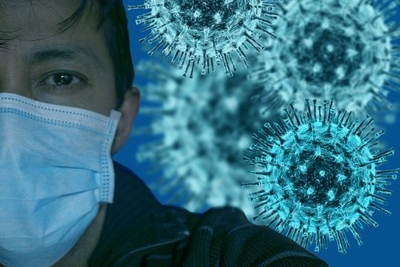 Sydney– A new research led by Australia’s Peter Doherty Institute for Infection and Immunity found that the Covid virus is for short periods able to speed up its evolutionary pace and create variants faster than other viruses.

The research, published in the Molecular Biology and Evolution journal on Friday, detailed “mutational bursts” in the Covid virus before returning to its “normal” rate of mutation.

Lead researcher Sebastian Duchene from the University of Melbourne and his team conducted hundreds of genome sequences of strains of the novel coronavirus in an attempt to understand the mechanism by which “variants of concern” such as Delta or Omicron emerge, Xinhua news agency reported.

“Initially it was believed that SARS-CoV-2 must have increased its evolutionary rate in general, but actually it’s the virus’s ability to temporarily increase its speed which is causing the difference in pace,” said Duchene.

The paper revealed that successive variants of concern such as Beta and Delta had mutated faster than earlier variants, noting differences of months to weeks.

It noted that the “substitution rate”, the number of new mutations in each generation, would need to be four times faster than the background rate in order to generate the four variants of concern analyzed.

“The Delta variant, for example, emerged within just six weeks from its ancestral form.”

Duchene added that factors such as the strong natural selection of Covid to avoid immunity and high levels of transmission, especially among unvaccinated populations, could all play a role in these periods of rapid mutation.

He said the findings highlighted the importance of maintaining genome sequencing efforts to ensure the early detection of new variants.

“With this virus evolving so rapidly, early detection is paramount in enabling us to monitor and respond to the virus,” said Duchene.

“Anything we can do to have less virus out there will help reduce the probability that new variants will emerge,” Duchene added.(IANS)