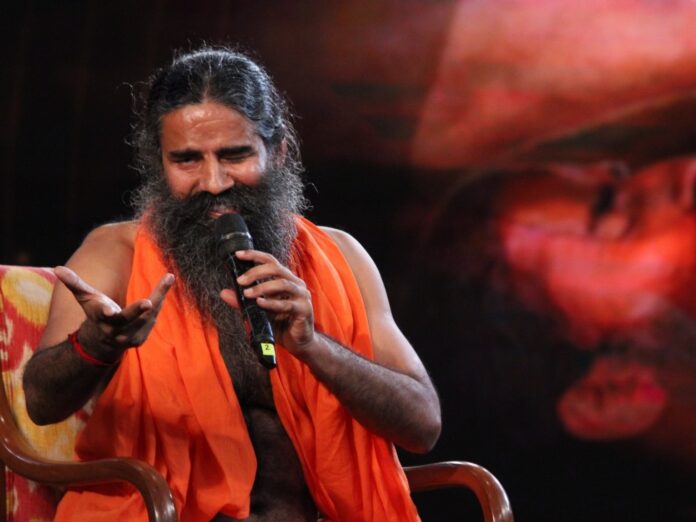 New Delhi– As yoga guru Ramdev continues to stoke controversy with his comments about allopathic medicines and Covid, the head of his Patanjali Ayurvda’s dairy business has died due to Covid-related complications.

Sunil Bansal, 57, contracted Covid and breathed his last on May 19 in Rajasthan.

Ramdev had sparked an uproar after purportedly calling allopathy a “stupid science”. This has led the Indian Medical Association (IMA) to demand that the Union Health Ministry take action against him, but Patanjali denied the allegations against him, saying that he was only reading a “forwarded WhatsApp message”.

On Sunday, Union Health Minister Harsh Vardhan also wrote to Ramdev, saying his statement was an insult to doctors working on the Covid frontlines and asked him to withdraw it.

While Ramdev had complied, in a 140-second clip that went viral last week, he is heard saying that “lakhs have died from taking allopathic medicines for Covid-19”.

Following the controversy, Ramdev also wrote an open letter on social media on Monday asking the IMA if allopathy offered permanent relief for ailments such as hypertension and diabetes.

In the letter shared on his official Twitter handle, he posed 25 questions to the IMA, which had objected to his video clip running down allopathy treatment for Covid-19.

The development comes a day after he was forced to withdraw his statement questioning the efficacy of allopathy medicines.

Ramdev had also launched his Coronil kit in February this year. This is being sold as an “immunity booster”, not a Covid medicine.

On Bansal’s death, Patanjali Ayurveda spokesperson S.K. Tijarawala told IANS: “On May 19, Patanjali Dairy CEO Bansal died due to Covid, which is a big loss to us.”

He said that Bansal was the Vice President of the dairy division of Patanjali Ayurved Ltd and was working with Patanjali since January 2018.

Tijarawala said that Bansal died of Covid-19 at the Rajasthan Hospital in Jaipur where he was being treated as his wife is a very senior health official in the Rajasthan government.

“Patanjali did not have any role in his allopathic treatment which was largely coordinated by his wife. However, we were concerned and used to ask his well-being from his wife,” he said.