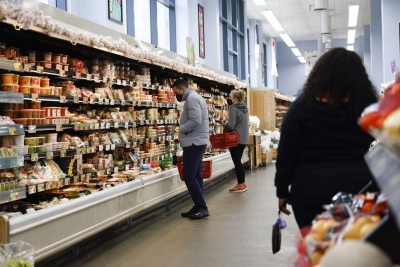 Washington– Americans are changing their spending habits due to the soaring inflation rate, and their mood is likely to be worse by November, the National Review reported.

On June 30, the US Bureau of Economic Analysis will release the May personal savings rate numbers, which have steadily declined this year — from 6 per cent in January to 5 per cent in March to 4.4 per cent in April, said the media on Tuesday.

Seventy per cent of Americans are using their savings to cover rising prices, it said, citing a recent Forbes Advisor survey of 2,000 US adults, Xinhua news agency reported.

“As bad as inflation seems now, Americans are likely to feel even more squeezed in the months ahead, as they burn through those accumulated savings,” said the National Review. (IANS)