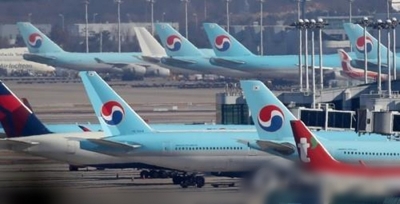 Starting March 1, the surcharge for one-way tickets on international routes will range from 18,000 won (US$15) to 138,200 won, depending on the routes, Yonhap news agency reported citing a Korean Air official said.

In April 2021, rising jet fuel prices prompted local carriers to begin imposing fuel surcharges after a one-year hiatus. Fuel surcharges on international routes had stayed at zero since April 2020 due to low oil prices sparked by the Covid-19 pandemic.

Local carriers’ surcharges vary depending on the level of jet fuel prices traded on the Singaporean market.

If the average jet fuel price on the Singapore spot market rises over $1.50 per gallon during the past month, South Korean airlines are allowed to impose fuel surcharges starting one month later.

Jet fuel prices averaged at $2.43 per gallon on the Singapore market for the one month from January 16 to February 15. The average price is the basis for setting jet fuel surcharges for March.

If jet fuel prices drop below the threshold, no surcharge is collected. There are 10 levels of surcharges, depending on the length of the route.

On the domestic routes, fuel surcharges will rise to 8,800 won next month from 5,500 won this month. (IANS)