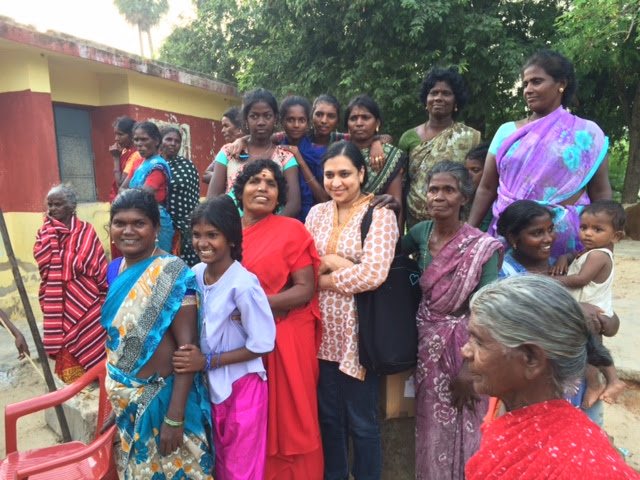 BOSTON–While in Chennai I had the opportunity to work with an amazing team of volunteers who helped with the packing and loading of kits into trucks – tough physical work but the team was always cheerful, laughing and joking through all the work.

The first day when I saw how the packing was being done I stopped everyone and said we should figure out a more efficient way. We were working in an office that did not have much open space but I figured an assembly line setup would make things more efficient. So we moved things around, wasted half hour setting up everything and we had an assembly line from the innermost room to the truck with items being put in along the way.

Things worked great and I was thrilled with the success of the good old assembly line…till fresh supplies arrived. When supplies arrived we had to stop our work and figure out where to put all of them. The people who brought the supplies were in a hurry to leave and started stacking boxes randomly wherever they could find room. There was half an hour of chaos where the focus was on unloading the supplies truck and then before we could recover, the suppliers were gone and so was my assembly line! And there was no time to try to clear everything and get back to a clean assembly line so we went back to filling boxes the old way. First lesson in operations strategy — prepare for what is coming, not just what you see.

Two trucks were finally loaded, two hours later than planned and we were on our way to an area called Rajiv Gandhi Nagar, a slum along what looked like a small, narrow river but one that caused havoc during the flood by spilling over the banks into the houses of the families living there. A few of us walked along the narrow alleys and while others were surveying the damage and taking notes, I stood by the black water in the narrow river, amazed that such a small body of water could actually cause so much damage. 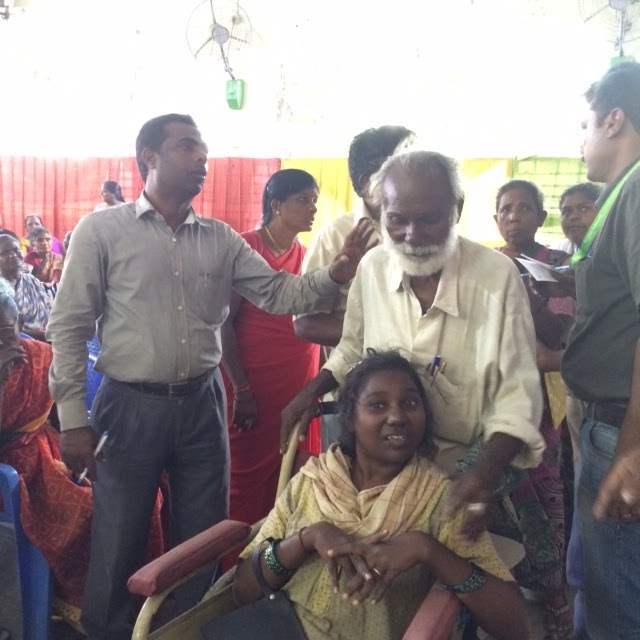 The water was barely visible below the plastic bottles and other garbage that was floating in it. When did India become such a plastic dependant country? The sight that day made it impossible for me to buy a single bottle of water in Chennai. There is just no room for even a single plastic bottle. But the problem with the plastic bottles vanished from my mind when I saw the families waiting in line for the survival kits we brought with us.

We had decided that we would prioritize widows and people with disabilities for receiving the kits. This seemed like a good strategy till we went out there. An young woman came up to me with her little kids and asked why we had picked widows. She said she was in worse shape than a widow because her husband came home every night and took away whatever little money or food she had for his daily dose of alcohol. So she needed more help than the widows who did not have to deal with this. I was speechless and was wondering why I did not think of this earlier. In any case, I made sure she also received a kit. Our strategy may not have been the right one, but it was definitely a flexible one!

In one particular distribution area I found the line was very long and while people may be used to long lines, there were women with infants in their arms and it was obviously hard. I walked along the line speaking to the women and when I found a woman nursing her baby, I decided we had to give priority to women with babies. The organizers did not seem too happy with my idea but did not stop me when I went and pulled the 10 or so women with children in their arms out of line. We gave them the kits and I suddenly realized that about 20 more women in the line now had children in their arms. I have no idea how they managed it, but as soon as they realized women with children were getting priority they produced kids out of nowhere. I still don’t know how it happened but I realized the organizers were laughing at me!

The next day, we decided we had to keep our promise to the families in Anjugamnagar, the families who were ignored by all because they had illegally occupied and built huts on government land. Honestly I did not care whether their dwellings were legal or illegal, I just wanted to go back, give them the kits and let them know we had not let them down.

Unfortunately the pleasure of seeing the smiles on their faces when they received the kits was not mine. I went with another group to a place far from the city – an area called Pulicat and could not get back in time to go to Anjugamnagar. Another small team went to deliver our promise to Anjugamnagar. They showed me pictures and said the people remembered me and sent their thanks. Some day I have to go back and keep my promise that I would return.