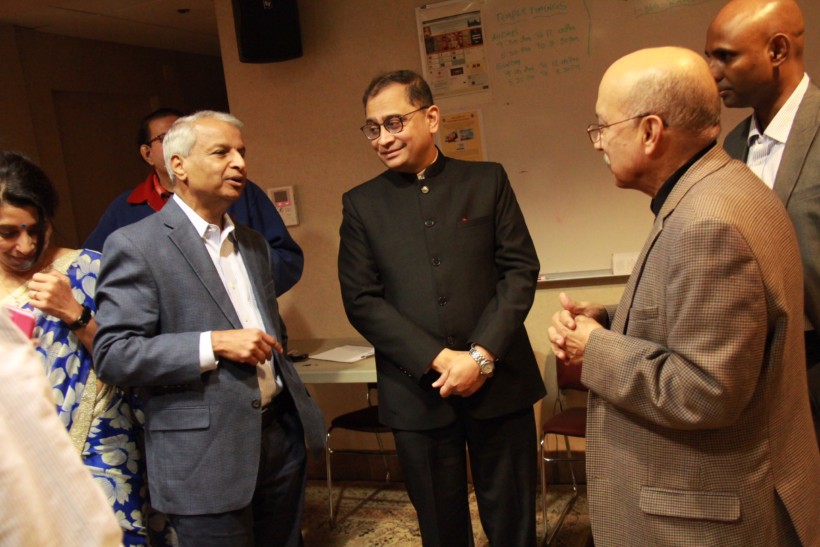 The events took place with support and assistance of Global Indians for Bharat Vikas, Milan USA, Chinmaya Mission Boston (CMB), India Association of Greater Boston (IAGB), Art of Living Boston (AOL), Vishwa Hindu Parishad of America (VHPA), and other local organizations, the organizers of the event said in a statement.

“Responding to early arrivals of our community members, the passport/visa/OCI facilitation camp was kicked off about an hour ahead of schedule by Consul (CPV) Mr. L. Krishnamurthy who single handedly served over 200 people by working non-stop and well beyond scheduled hours,” the statement said. “The other two staff of the Consulate were unable to come due to an accident between NY and MA. But Mr. Krishnamurthy with the help of a few volunteers ensured each and every registered attendee as well as walk-ins received necessary pre-approval and/or advice.” 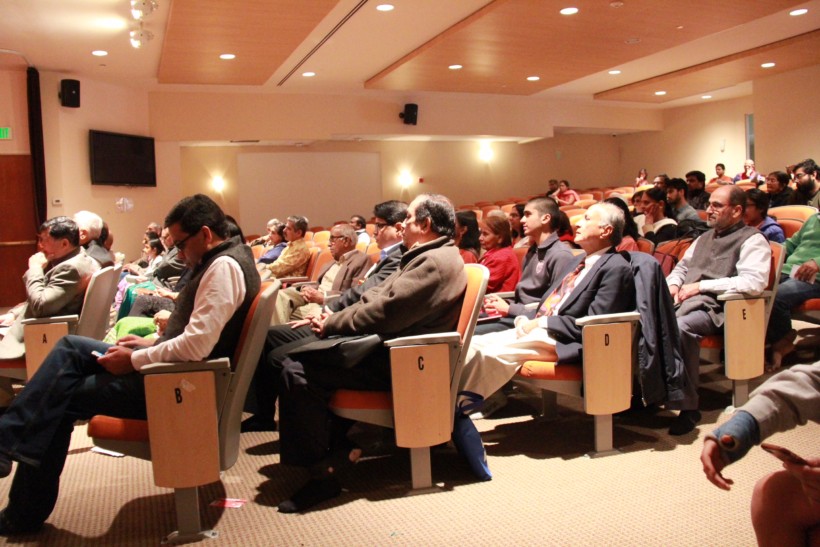 New Consul General Chakravorty received a warm welcome by local community leaders in the foyer of Chinmaya Maruti, performed a quick pooja/tour at the Mandir, interacted with community members and leaders such as Desh Deshpande before reaching the auditorium for his community reception.

Maha Pula from CMB and Pawan Roy from GIBV led/coordinated the community reception by welcoming everyone in the audience and explaining the agenda. Umesh Rao of IAGB introduced the performers of cultural program. A Bharatnatyam from Jeyanthi Ghatraju followed by excellent renditions of Vande Mataram and Rang De Basanti from Sagar and Shailesh. Pula invited the CG Chakravorty, Dr. Dwarakanath (CMB), Kanchan Banerjee (GIBV), Sanjay Kaul (VHPA), Dhanashree Ramchandran (AOL), Suresh Sharma (Milan), and Sanjay Gowda (IAGB) to the stage. 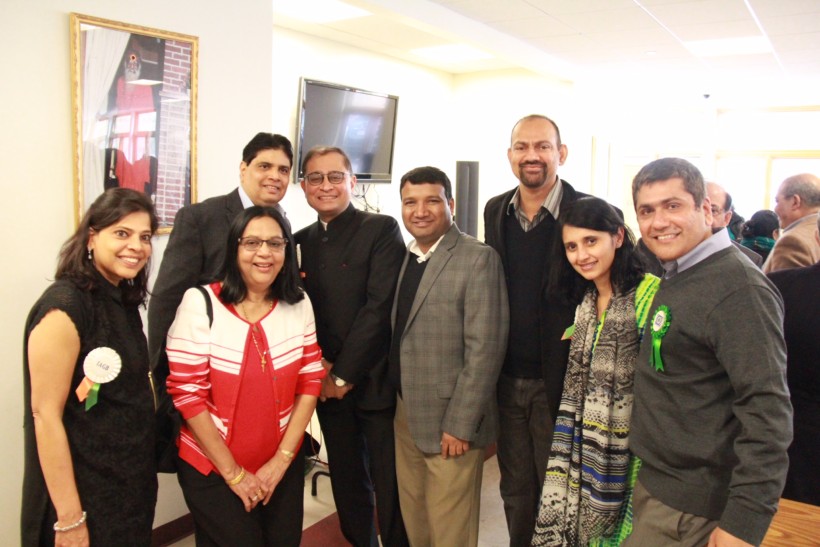 Dr. Dwarakanath, president of CMB in his welcome address emphasized Chinmaya’s concept of Seva (selfless service) as in devotion to the people is devotion to the supreme self, and expressed his commitment to hosting more of such community service events at Chinmaya Maruti.

Kanchan Banerjee, president of GIBV introduced the chief guest Honorable Chakravorty and shared quite a few examples of historic bond between Boston and India. CG Chakravorty addressed the audience by offering every possible help to our community through his commitment to continuous improvement concerning routine issues of visa/passport/OCI/etc., challenges faced by Indian students/visitors, or any other appropriate matters. He asked all community leaders for their feedback, ideas as to how best the Consulate and the community can work together to help each other. As part of the Q&A session, the CG answered questions and addressed concerns raised by many in the audience. He gave an assurance of conducting such facilitation camps more often. For any outstanding issues needing urgent attention, the CG encouraged everyone to either contact his office directly or reach out to him through the leaders of these local organizations.