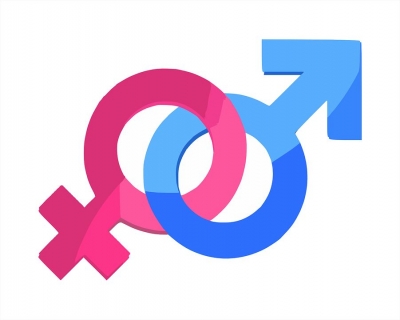 The study, published in peer-reviewed journal Scientific Reports, found that a significant number of heterosexual people report being less exclusive in their sexual orientation as well as more willing to have same-sex experiences after reading one of two 1-page informational articles.

“Did we change people’s sexual orientation via our interventions? Surely not. I think our study may have changed how people interpreted their underlying sexual feelings. This means two people with identical sexual orientations could describe their sexual orientation quite differently, depending on whether they have been exposed to fluid or continuous ways of understanding sexuality,” said lead author Dr James Morandini from the University of Sydney.

A national Australian sample of 460 individuals (232 women, 228 men) who identified as straight prior to the study took part in an online panel study.

All participants self-identified as straight before the study began. Compared to a control group, after reading the first article, participants were 28 per cent more likely to identify as non-exclusively heterosexual, and 19 per cent indicated they would be more likely to be willing to engage in same-sex sexual activities.

Overall, the rate of “non-exclusive heterosexuality” more than quadrupled after this activity. Similar, albeit weaker, effects were found when people read that sexual orientation is better characterised as fluid rather than stable throughout life.

“This is not that surprising given that ‘non-exclusive heterosexuals’ (as opposed to bisexual, gay or lesbian individuals), although being the biggest same-sex attracted group, are not well captured in our society’s representations and even vernacular,” said Ilan Dar-Nimrod, Associate Professor at the varsity’s School of Psychology.

“Given the social value that our society attaches to these labels, however, such a shift may have far-reaching implications. It also suggests that certain level of same-sex sexual attraction may be much more common than previously estimated,” he added. (IANS)