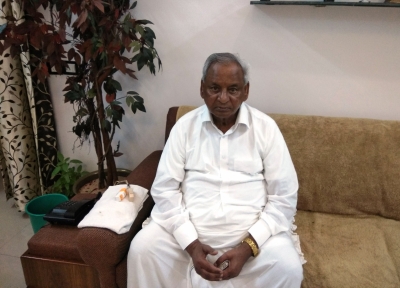 Lucknow– Former Uttar Pradesh Chief Minister and ex-Governor of Rajasthan, Kalyan Singh, was at one point in time the tallest leader of the BJP in the Hindi heartland.

Born on January 5, 1935 in Aligarh, Kalyan Singh belonged to a family of farmers and was associated with the Rashtriya Swayamsewak Sangh (RSS) since his early years.

He grew up to become a teacher and then joined politics. He contested his first election in 1967 on a Jan Sangh ticket and reached the state Assembly. He won nine state elections and first became a minister in 1977. 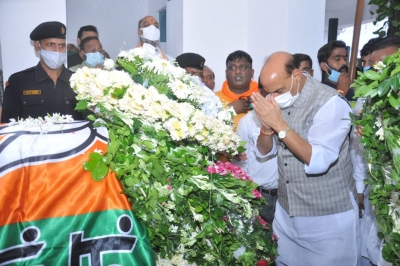 The 89-year-old leader was a doyen of the BJP who had played a key role in the Ayodhya movement.

The OBC face of the BJP, Singh was also the first BJP Chief Minister of Uttar Pradesh (from June 1991 to December 1992).

In his brief first tenure, he left his mark as an able administrator and an efficient leader who owned the entire responsibility of the Babri Masjid demolition, instead of putting the blame on the bureaucracy.

He commanded immense respect from his colleagues and even the thought of a replacement for him was considered nothing short of blasphemy in the BJP at that time.

The moment he stood up in the state Assembly, opposition leaders sat down. His speeches were heard with rapt silence as disruptions were not the order of the day till then.

The Kalyan Singh government went down on the day the Babri Masjid was demolished, but Singh rose as the tallest Hindu leader when he emerged from the Tihar jail, flashing a victory sign, after serving a one-day sentence for failing to prevent the demolition.

Apart from being a champion of Hindutva, Singh was also recognised as an unparalleled OBC leader.

Politics in early 90s oscillated between ‘kamandal’ (Hindutva) and ‘mandal’ (reservation) and Singh suited perfectly on both issues.

Singh, as a politician, was not known to compromise for short-term gains.

He strongly disapproved of the BJP supporting a Mayawati government in UP, shortly after the infamous state guest house incident of 1995.

However, since the decision was taken at the highest level in the BJP at that time, Singh did not oppose it, though he never made an effort to make his displeasure clear.

In 1997 again, when the BJP forged an alliance with Mayawati and based the alliance on the now famous rotational basis for the chief minister’s post, Singh was upset.

Six months later, when Mayawati handed over the chief minister’s post to Singh but pulled out of the coalition, leaving the BJP in a minority, it was Singh’s determination to cobble a majority for his government that helped him survive the crucial test in the Assembly – a test that led to violence and splits in the BSP and the Congress.

The government was saved, Mayawati was devastated even as the politics of coalition and compulsion began in full force in UP.

However, Singh’s second tenure as Chief Minister that began in September 1997 was marked by political upheavals.

The coalition partners — the now defunct Loktantrik Congress and the Jantantrik Bahujan Samaj Party — had slipped into the bargaining mode.

Within the BJP, there were rumblings and the voices of dissent started gradually getting louder. With a host of controversies and his deteriorating relationship with the the BJP’s central leadership, Singh finally quit the party in 1999.

He then formed his own Rashtriya Kranti Party and struck a friendship with Mulayam Singh Yadav.

He may not have gained politically from the alliance, but his exit did ensure that the BJP took almost a decade-and-a-half to return to power in Uttar Pradesh.

Singh, fondly referred to as ‘Babuji’ in the political circles, remained popular among the BJP workers even after he quit the party twice — once again in 2009.

Even when he was out of the BJP, senior party leaders continued to visit ‘Babuji’ in the darkness of the night while party workers went to his Mall Avenue residence in the day.

His birthday celebrations on January 5 used to bring leaders from all the political parties together.

Singh was appointed as the Governor of Rajasthan in 2014.

His elder son Rajvir Singh is an MP while his grandson Sandeep Singh is a minister in the Yogi Adityanath government.

Singh retired from his gubernatorial assignment in 2019 and had been leading a quiet, retired life in Lucknow though the steady stream of visitors at his Mall Avenue residence continued unabated.

His demise has created a vacuum in UP politics — one that will not be filled soon. For lakhs of party workers, Babuji passing away will remain a personal loss. (IANS)