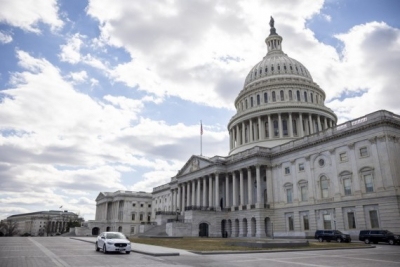 Washington– The US Senate has passed a three-week spending bill to fund the federal government through March 11, just a few hours before the current funding expired on Friday.

The bill, already approved by the House of Representatives last week, passed in the Senate late Thursday night by a vote of 65-27 and is expected to be signed by President Joe Biden soon, reports Xinhua news agency.

“I am pleased that Congress has passed a continuing resolution through March 11, ensuring that the government will remain open as we continue our bipartisan, bicameral negotiations on FY (fiscal year) 22 bills,” Senate Appropriations Committee Vice Chairman Richard Shelby said in a statement.

“But there’s still a lot of work to be done,” said the Republican senator, noting that the continuing resolution would offer lawmakers additional time to negotiate a broad spending package.

Before the bill’s passage, Democrats ceded to Republican demands for votes on vaccine mandates and other measures but rejected some of the proposed amendments with a slim majority, including one from Senator Mike Lee that defunds the enforcement of federal law vaccine mandates.

According to the Treasury Department, the US national debt recently topped $30 trillion for the first time amid inflation and looming rate hikes, raising concerns about fiscal sustainability.

“Whether for further pandemic relief, Build Back Better, or discretionary spending bills, policymakers need to pay for new initiatives,” said Maya MacGuineas, the president of the Committee for a Responsible Federal Budget, a budget watchdog group.

“And sooner rather than later, they need to come together to get our fiscal house in order,” she added. (IANS)