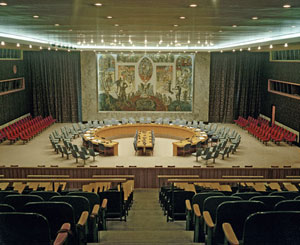 United Nations– Security Council reforms have gained momentum with a consensus emerging on increasing its size from 15 to the mid-20s despite opposition from Russia and the US at the recent negotiating session, according to diplomatic sources.

While the issue of adding permanent members was not on the session’s agenda and was scheduled for later, Pakistan and a group of countries served notice that they would oppose any such move. 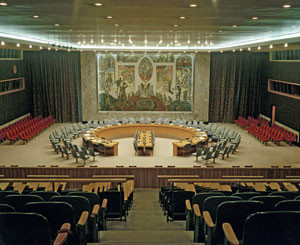 Despite these differences, the “momentum of convergence is gaining speed” for reforms, a diplomat who was at the February 22 meeting told IANS. The diplomat cited the overwhelming support for increasing the total number of Council members from 15 to the mid-20s and for other reforms, which include making its working more transparent, emphasising mediation over military force, and more involvement of non-member countries in its activities.

This was the second session of the Intergovernmental Negotiations on Security Council Reforms (IGN) after the General Assembly overcame stiff opposition last year to adopt a text to base the discussions on. IANS put together this account of the closed door meeting from conversations with sources who attended it and speeches released by some countries.

The US and Russia wanted the size of the Council restricted to 20 asserting that anything more would undermine its efficiency. Limiting it to 20 would make it virtually impossible to add permanent members because there would then be no room for any non-permanent members, which would be the priority of most countries to broaden the representation on the UN’s highest decision-making body.

Washington and Moscow have, however, endorsed adding permanent members, with India as one of them. But a 20-member limit on the Council could nullify this.

The other permanent members, Britain and France, backed the mid-20s number, while China did not take a stand.

India supported going up to 27 and Permanent Representative Syed Akbaruddin said: “Efficiency is not merely an issue of numbers but stems from a broader set of factors such as credibility, equitability, legitimacy and representativeness.”

Russia also opposed proposals coming from the IGN on reforming the working of the Council, the other item on the agenda, claiming that it was an internal matter that only the Council should decide.

The IGN is to discuss on March 9 the veto issue, including whether new permanent members should have veto powers and if they should voluntarily forgo them. But in a preview of differences expected at the session, African nations said they wanted two permanent members from their region with veto powers and all other privileges the current five have.

Pakistan belongs to a 13-member United for Consensus (UfC) group led by Italy that campaigns against adding permanent members and held up the reform process for several years by preventing the adoption of a negotiating text for the talks.

Italian Permanent Representative Sebastiano Cardi, speaking on behalf of UfC, suggested adding 11 seats to the Council, but said: “UfC countries are convinced that we cannot afford to allocate seats permanently to a few countries at the expense of the rest of the membership.”

Cardi examined the current distribution of seats in the Council to various groups, which gives five seats to the Europe and North America group and only three each to the Asia-Pacific and Africa groups and two each to Eastern Europe and Latin America groups.

This resulted in one Council seat for every 26 Asian-Pacific countries and one seat for every 18 African nations, he said. To right the imbalance, the majority of the added seats should go to Africa, Asia-Pacific, and Latin America, he said.

German Permanent Representative Harald Braun, who spoke on behalf of four-nation group G-4 that includes India, Brazil and Japan, said he was “gratified” that the UfC supported his group’s proposal on enlarging the Council and added that this “indicated the group’s willingness to consolidating this point accordingly”.

The G-4 nations lobby for adding permanent seats and mutually support each for them.