TiE-Boston is truly honored to bestow its Lifetime Achievement Award to local entrepreneur and philanthropist Venkat Srinivasan during its 20th Anniversary Gala. Mr. Srinivasan is an entrepreneur many times over, most recently Founder and CEO of RAGE Frameworks. The RAGE AI platform is pioneering the creation of intelligent machines in a wide range of industries and for a broad range of use cases.In addition, he serves as Vice Chair of the American India Foundation (AIF).

“Venkat embodies the true spirit of TiE by building good companies, empowering employees and entrepreneurs, and giving back to solve big problems and help society at large,” says TiE-Boston President Praveen Tailam. “He has been associated with TiE for a long time and has always inspired budding entrepreneurs by investing his time and capital, and is well respected by the fellow charter members for his philanthropic work.” 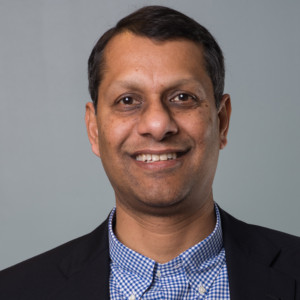 In addition to his most recent venture, Rage Frameworks,  he has successfully built several knowledge-based technology businesses including eCredit, Corporate Fundamentals and recently Rage Frameworks. Srinivasan has also founded EnglishHelper, KnowYourMeds and AIinGov all of which are double bottom-line enterprises focused on education, health and the public sector, respectively. He is a uniquely experienced individual with expertise in multiple functional areas.  He is an expert in knowledge-based systems architectures, artificial intelligence, computational linguistics, natural language processing, corporate finance, and accounting.

Prior to founding eCredit.com in 1993, Srinivasan served as an Associate Professor at Northeastern University’s Graduate School of Business in Boston, MA.  He holds a Ph.D. from the University of Cincinnati, Ohio.  He is a certified Chartered Accountant from India.

Srinivasan and his wife, Pratima, are active in the community.  In his role as a Vice-Chair of the American India Foundation [AIF], he is dedicated to catalyzing social and economic change in India. Srinivasan is also a Trustee of BUILD, a non-profit organization focusing on entrepreneurship to excite and propel disengaged, low-income students through high school to college success in the U.S.  He is a member of the Boston Harbor Now’s Advisory Board.