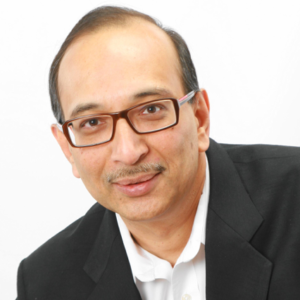 Anil Agrawal is the founder and CEO of CIMCON Lighting, Inc. and has more than twenty-five years of experience in corporate management, sales and marketing, product development and entrepreneurial leadership.  He has pioneered the concept of “Internet Of Outdoor Things” that lays the foundation for Smart Cities across the globe.   He holds several US Patents and has several publications on advanced control systems. Prior to this, he co-founded CIMCON Software and successfully led the company through years of continuous growth and positioned it as a multi-faceted company with global customer base and offices in USA, UK and India.

Anil received his Masters’ degree in Mechanical Engineering from the University of Maryland, College Park, Maryland. 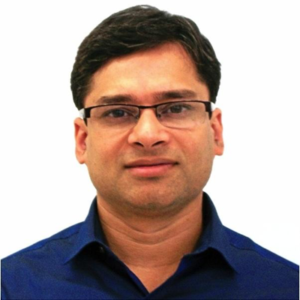 Dr. Veera Anantha is a hands-on technology executive and business leader with a passion to change the world using technology and big data. He has held executive positions at Fortune 100 companies; and has successfully founded, led & grown startups resulting in significant exits (to Apple, Motorola, Digital Health Corp). Dr. Anantha is currently Founder & COO of The Learning Corp (formally known as Constant Therapy); an award winning mobile solution that uses advanced data analytics to help people recover their brain function after a stroke, brain injury or other neurological disorders. As Founding CEO of Constant Therapy, he quickly grew it from an idea to a high impact health technology company serving tens of thousands of patients and clinicians globally; and won awards for its patient impact from the American Heart Association and AARP.

Previously as an executive at Motorola, Dr. Anantha lead a global team that created several award winning enterprise wireless products and brought them to market worldwide. As VP Engineering at Wireless Valley (a startup acquired by Motorola), he lead a team that invented wireless technologies that are used around the world today to design and manage complex wireless networks (most wireless routers in buildings and campuses work well today because to this ubiquitous technology). While at Intrinsity (a startup acquired by Apple), Dr. Anantha worked with a team that built the world’s fastest Digital Signal Processor at the time.

Dr. Anantha has an MS and Ph.D. from Northwestern University and BS from the Indian Institute of Technology (IIT), Mumbai. He holds several technology patents, is an author on many peer-reviewed scientific papers, and a frequent speaker at technology forums and conferences. Dr. Anantha is a mentor at the Insight Health Data Science Program and Charter Member of TiE Boston. 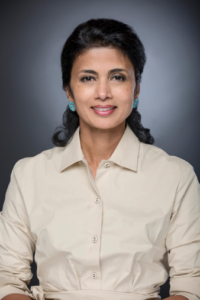 Nilanjana brings a rigorous focus on B2B tech to her role as Converge Founder & General Partner drawing on her 23 years as a venture capitalist, investment banker and operating executive.

Prior to founding Converge, Nilanjana was a General Partner at Longworth Venture Partners where she led the firm’s investments in enterprise tech. Always on the hunt for the bleeding edge, her investments span big data, advanced analytics, storage, software defined networking, cybersecurity and cloud dev-ops. In addition to her current board responsibilities, prior investments and portfolio involvements at Longworth include Viewfinity (acquired by CyberArk), VKernel (acquired by Quest), Softricity (acquired by Microsoft) and Thor Technologies (acquired by Oracle). As an investment banker at Broadview (now Jefferies), Nilanjana led the bank’s research publications of market maps on middleware, application and security software, and honed her ability to assess emerging tech markets with massive potential. She executed numerous M&A transactions of leading enterprise tech companies. After publishing her graduate dissertation on object-oriented class libraries, Nilanjana was recruited to Object Design Inc., the leading object-oriented database and INC 500, #1 private Company in 1994. There she held several positions through the company’s fast growth from venture-backed to IPO. She ran the professional services organization for the Americas, and delivered one-third of the company’s annual revenues. 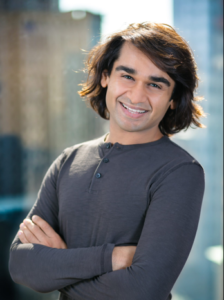 Neil is an entrepreneur-turned-investor. After founding and building several businesses without raising traditional venture capital, he was inspired to build the kind of firm he would have wanted to partner with—one that would help build companies, rather than just place bets on them, with the voice of an experienced entrepreneur. Neil has focused on making this vision a reality as a cofounder of Romulus Capital.

At Romulus, Neil leads investments in technology-enabled companies across sectors and stages. He focuses on helping founders work through critical company-building tasks, including attracting great talent, designing and building great products, acquiring first customers, and raising capital for continued growth. Companies Neil has founded or in which he has invested at the seed stage have raised over $1 billion of capital, generate over $1 billion in revenues annually, employ thousands around the world, and are packed with innumerable war stories. He aims to bring the best of this experience to every founder he backs.

Prior to Romulus, Neil advised some of the world’s largest healthcare and financial institutions at McKinsey & Company, built products that have since reached hundreds of millions of users at Zynga, founded and successfully sold a healthcare technology and services business, and established an investment firm focused on acquiring and growing B2B businesses in traditional industries.

When he’s not with entrepreneurs, keeping Neil on the ground is a challenge—he is an avid scuba diver and pilot. Neil received an A.B. in Political Science from Yale University and an MBA from Harvard Business School. He and his wife, Prapti, live in downtown Boston. 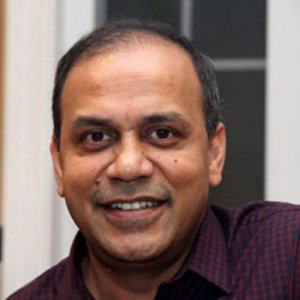 Bhaskar has a rich experience of more than 25 years as a serial entrepreneur. Bhaskar has an extensive experience in setting up, building, formulating corporate strategy and direction for various successful organizations. He is currently Chairman of ConnectM Technology Solutions and Cambridge Energy Resources. He is also a General Partner in Avanti Holdings, Cambridge Energy Holdings, and Southwood Partners. 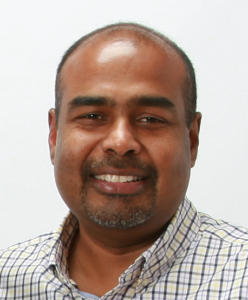 Ramji Raghavan is the Founder & CEO of Pragya Systems. Pragya is developing solutions to help students align their college learning and experiences to jobs and careers. Ramji was most recently at Movik Networks, where as Founder/CEO and CTO he led the company to raise over $40M in venture capital and deliver ground-breaking RAN-aware solutions to help multiple tier-1 mobile operators deal with the rapidly increasing rich media internet content in their 3G/4G networks. Prior to founding Movik, Ramji was the General Manager of the Networking Business Unit of Telsima (acquired by Aviat), where he ran a multi-national organization building market leading WiMax and IPTV backhaul products for emerging markets. Prior to Telsima, Ramji was the Founder and CTO of Coriolis Networks before which he held senior leadership roles at Digital/Cabletron and Motorola. Ramji has an MS from UMass Amherst, and a BTech in EE from IIT Madras. 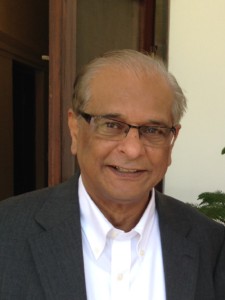 served as the Chief Executive Officer, President and Director at Degree Controls, Inc. and AdaptivCool. Mr. Sisodia has over 25 years of global business experience, including general management, mergers and acquisitions, and finance & accounting. He served as Vice President of Intertek Group plc since January 1998. Mr. Sisodia joined Intertek Group in 1987 as Chief Financial Officer of the FTS division, after which he became Chief Financial Officer of the business. He served with Intertek Testing, MCI Telecom, public accounting. He serves as Director of Optima Bank & Trust Company. He is a Maryland Certified Public Accountant. Mr. Sisodia holds a B.S. (BA) and a Masters in Business Administration from The American University, Washington DC. 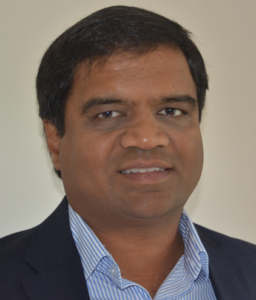 As a member of TiE Angels, Satish is an active early stage investor and as a co-founder of TiE ScaleUp, he is deeply involved in mentoring many startups as they scale their ventures. Satish also serves as a member of the Board of Directors of Wyebot, Anju Software, and Gateway for Cancer, and also on the advisory boards of ClearMotion, Blue Cloud Ventures and Maxwell Health. 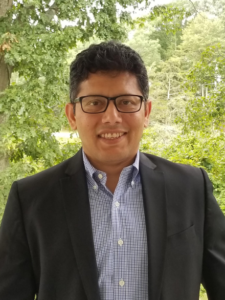 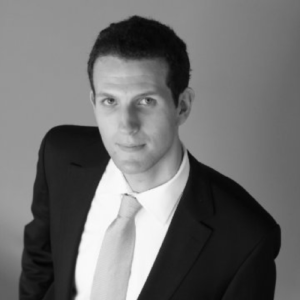 Derek founded Avant-garde Health to create a truly scalable solution for hospitals to deliver value-based care. Avant-garde Health builds on his work as the Project Director and Fellow for Value-Based Health Care Delivery at the Harvard Business School, where he works with healthcare providers to help them better measure and manage their costs. Derek also teaches in HBS executive education courses related to value management in health care.

He has previously worked on the staff of the President’s Council of Economic Advisers, advised the Massachusetts Office of the Inspector General on a range of healthcare policy issues, consulted with Bain & Company where he focused on performance improvement, and partnered with the Massachusetts Association of Chamber of Commerce Executives to launch the Chamber Health Coop to make health insurance more affordable for small businesses.

Derek holds an MBA and a BA in Economics from Harvard University, where he was elected to Phi Beta Kappa. 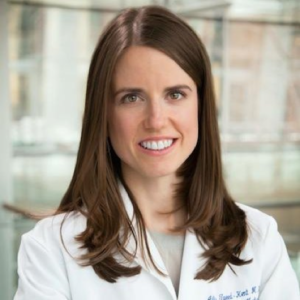 Dr. Ailis Tweed-Kent is an up-and-coming entrepreneur and leader in the development of innovative medical technologies. With her education in medicine at Harvard Medical School (HMS) and residency in internal medicine at Massachusetts General Hospital (MGH), Ailis has first-hand knowledge of the burden of disease. In 2013, Ailis was inspired by her patients to found Cocoon to develop innovative silk therapeutics for osteoarthritis. Prior to Cocoon, she worked on the design, development, and delivery of diagnostic technologies for global health collaborating with organizations such as PEPFAR/Office of U.S. Global AIDS Coordinator, London School of Hygiene & Tropical Medicine, and the Global Health Delivery Project. She brings a multidisciplinary approach with a B.S. in Chemical Engineering from the University of Notre Dame. 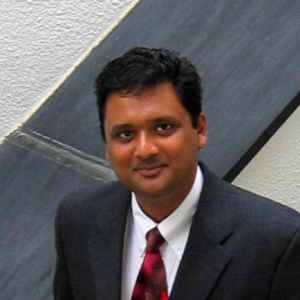 Rishi Bhalerao is responsible for Program Management and Operations at PatientsLikeMe (PLM), a free patient network and real-time health research platform. Previously, Rishi helped build PLM’s health-related wearables and biosensors offerings and he has been a frequent speaker on the topic of digital health at events such as TEDx, Yale Healthcare Conference, and MedicineX (Stanford). Most recently, Rishi delivered a keynote address at Health 2.0 Asia-Pacific.

Rishi is passionate about building high-performance teams and mentoring talent and looks forward to continued collaboration with TiE Boston.

Volunteer of the Year – Arjun Venkatachalam 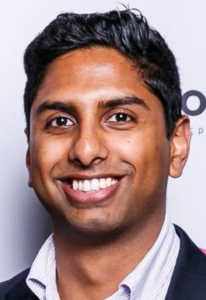 Arjun Venkatachalam is a product manager at NxStage Medical and graduated from Johns Hopkins University in 2013. He is very passionate about healthcare and entrepreneurship as evidenced by his volunteer work with TiE and he hopes to make the jump to entrepreneurship soon.