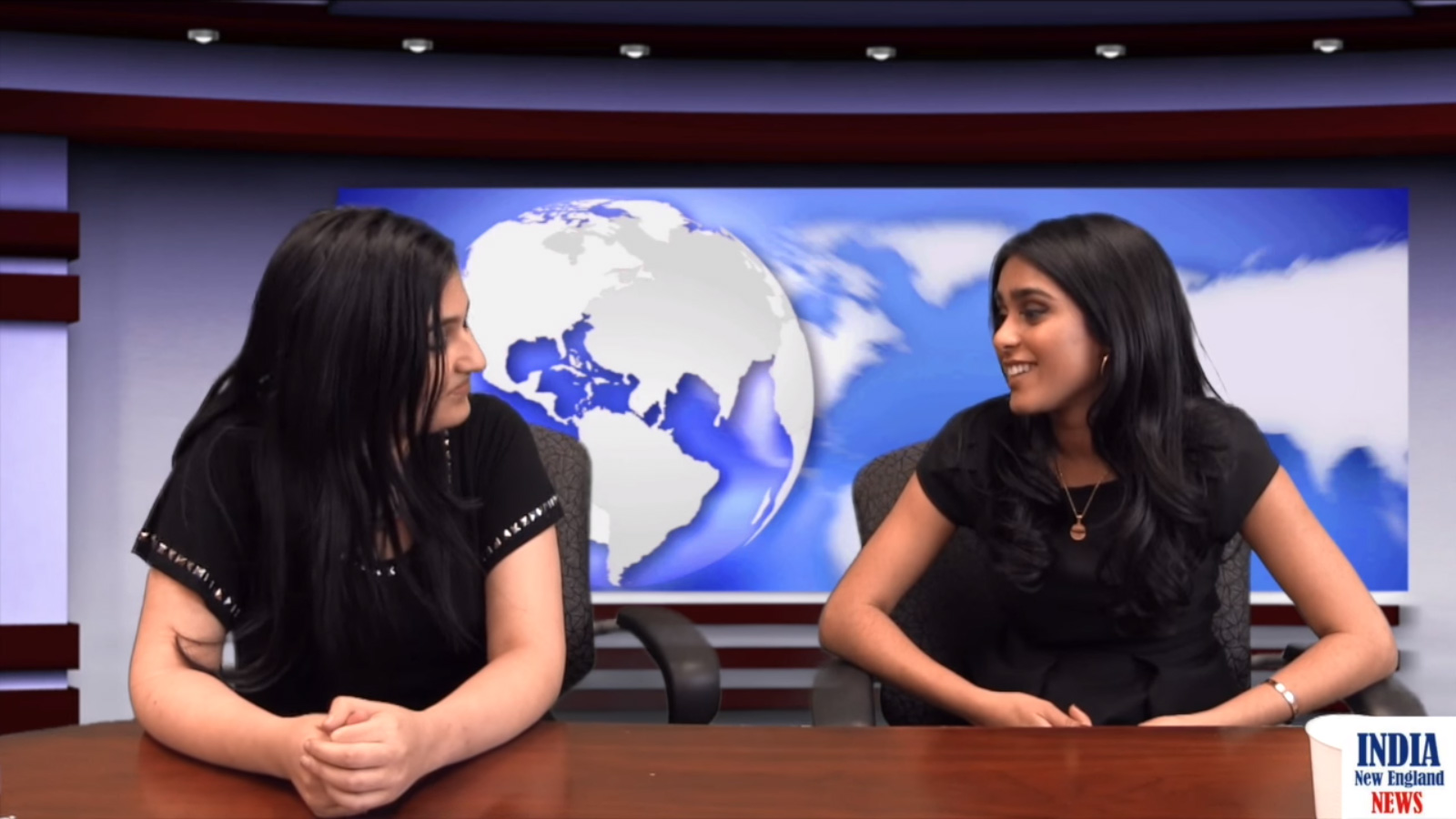 WALTHAM, MA—American Idol star Sonika Vaid has undoubtedly become a role model for many teens around the world. When Vaid recently visited our studio, we asked three local teens to ask her any questions they wanted to ask, and they did.

To watch the 7-minute interview, please click here. She was interviewed by Shaleen Sheth, Radhika Mishra and Emma Elliston.

Vaid has been singing for as long as she can remember. However, she was always extremely shy and didn’t sing in front of anyone. She felt invisible in school and thought that she didn’t belong. She just studied and stayed quiet. Then one day, she told herself she was done being self-conscious. She decided to embark on the incredible journey of American Idol (The Farewell Season) and she felt that it was truly a blessing to even be a part of the competition.

Making it as far as top 5 was something she had never thought she could accomplish and feels that is truly an honor to have had that amazing opportunity and will always hold it close to her heart.

Vaid learned to persevere and truly embrace who she was throughout her journey.  She also felt so proud to be representing the Indian Community. One of her main objectives was to inspire and empower young Indian-American women who might think they don’t fit in because of their ethnicity, and to let them know that if they can dream it they can do it and lastly, to be proud of who they are.

Something she has recently founded was the term “Be Proud To Be You.” Now, her true goal is to give others the strength and courage to be proud of who they are and believe in themselves.

Twenty-year-old Vaid, a resident of Weston, MA, and Martha’s Vineyard, is the first Indian-American to reach the fifth place in the American Idol contest. Vaid had won the hearts of many judges and the Indian American community across the United States and overseas when this season’s American Idol competition began.

Vaid’s parents came to the United States as kids. She is a summer resident of Martha’s Vineyard, and a 2013 graduate of Weston High School, Weston, MA. Currently, she is a sophomore at William Smith College in New York.