EDISON, NJ– Shree Saini, a 21-year resident of Washington state who was told that she would never be able to dance, was crowned Miss India USA 2017. A cancer surgeon Kavita Malhotra Pattani from Florida was given the title of Mrs India USA 2017, according to organizers of the pageant and news reports. (Photos courtesy: Hemant Pandya and Meenal D’rock)

Saini, who is a student at the University of Washington, said she wants to lead a life dedicated to service, reported Press Trust of India. “I believe in working together to create a hole that is greater than the sum of its parts,” Saini told PTI. 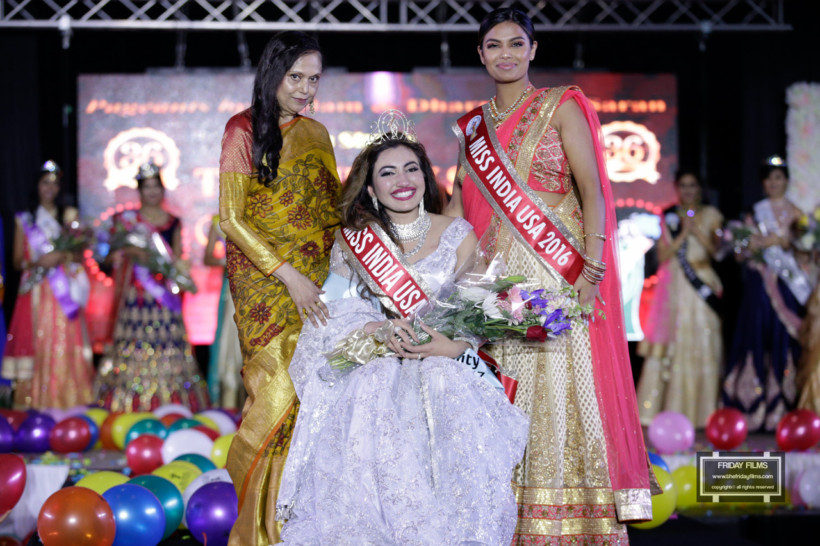 Saini, whose parents migrated to the US from Punjab, had a pacemaker implanted at the age of 12 and was told that she would never be able to dance. A victim of bullying in high school, she has been campaigning against the oppressive behavior, according to PTI.

Saini told PTI that she wants to eliminate human trafficking and work towards promoting the importance of emotional well-being in society.

Prachi Shah, a UCONN graduate from Connecticut, was declared Miss India USA 2017 First Runner Up. She is a 22yr old IT professional, dance instructor, aspiring Rapper, and aspiring Elementary Educator. North Carolina’s Fareena became the second runner-up at the pageant, according to PTI and pageant founder Dharmatma Saran.

Started by New York-based Indian-Americans Dharmatma Saran and Neelam Saran, under the banner of India Festival Committee around 36 years ago, Miss India USA is the longest running Indian pageant outside India.

The pageant was held on Dec. 17 at New Jersey’s Royal Alberts Palace in Edison. Founded in 1980, this pageant has provided a platform to several renowned South Asian artists such as Bollywood’s Aarti Chabria, Pooja Kumar, and Monica Gill.

The pageant included preliminary judgements in which Segments consisted of Ethnic wear, Evening wear, talent segment and an intellectual question and answer segment. Gracing the event this year was Prabhakar Sharan, the first Indian to establish a mark in Latin American movies.