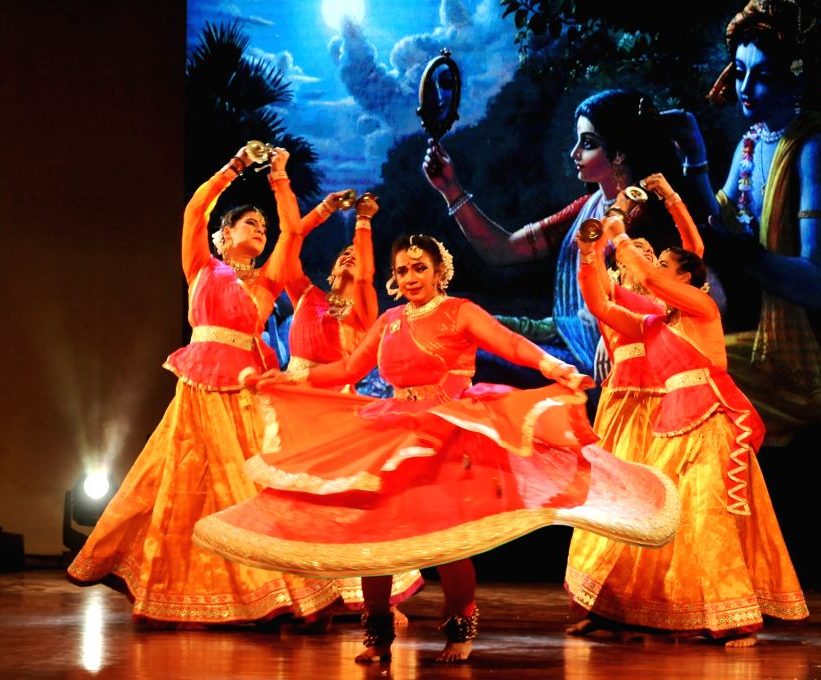 New Delhi– She’s a trained Kathak dancer who has performed around the world, runs an institute that’s training 300 underprivileged children in the arts and passionately believes the dance form is a powerful tool to raise societal awareness about burning issues of the day.

Traversing the traditional as well as the contemporary, danseuse Rekha Mehra effectively uses the dance form to raise issues of grave concern.

“Dance performances draw audiences and when this medium is used to show the harsh realities of the society we are living in, it certainly touches the hearts and impacts many. Present-day issues such as child assault, female foeticide, environmental crises, plight of women, among others, can be effectively portrayed using creative mediums,” Mehra told IANS in an interview.

And, to do her bit to bring about a change in society, she has choreographed dances and on themes like HIV-AIDS ‘Nidaan’ (cure), Atithi Devo Bhava, Atal Shakti ki Khoj Mein, War and Peace, Dhani Chunaria, et al.

Do they really evoke emotions and create a stir?

“I have seen many people impacted by the themes I have shown. It touches their hearts in a way no advertisement ever will. Recently, I noticed many among the audience were in tears during the dance drama about female foeticide,” said the dance guru, who has performed at several Indian and International festivals, including the Khajuraho festival, Mahakumbh, Lucknow Mahotsav, Festival of India, Sharjah festival and the Onam festival in the Maldives, among others.

Given her strong feelings, it’s not surprising that Mehra has joined the long-running ancient-versus-modern debate that’s been raging for long, saying that while her presentations are firmly rooted in the past, they are also a mirror to society, raising awareness about what needs to be done to make the globe a better place.

“I do not think creativity should be held within the confines of its historical heritage. I agree that we should not completely forget about our rich past. Religious themes such as Radha-Krishna and Shiva should still be staged to spread awareness to the newer generations so that they do not forget about their culture.

“However, modern issues affecting society such as child rape, women’s empowerment, environmental concerns and other such matters should also be focused on. I feel Kathak should be allowed a free flow, giving way to transformation,” said Mehra, who runs the Urvashi Dance, Music and Cultural Society here.

What of the manner in which classical dance is presented in Bollywood films?

“Performances in films are accentuated beyond reality. People are drawn to the beautiful lighting and heavy dresses shown in the film. This increases the popularity and everyone gets to know a general image of this classical dance form.

However, only a general picture of the dance is depicted. The originality and the finesse of this dance form is not sufficiently portrayed. Also, many live performers aren’t able to afford such extravagant backdrops, dresses and other such stuff. The audience is drawn to these extravagant props and the performers get fewer views,” Mehra explained.

“Currently I am working with around 300 underprivileged children and wish to promote them by creating awareness through a number of performances all over India highlighting different problems our country faces. I also desire to extend my audience and perform in rural villages where people have never experienced such a thing.

“There is much to be done,” she concluded. (IANS)