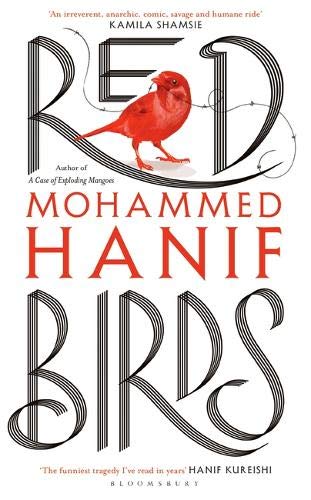 With a fallen pilot, an ambitious, but floundering, teenager and a dog as the three narrators, Pakistani writer Mohammed Hanif, in his latest book “Red Birds”, takes the reader to a new literary perch, one that is unfamiliar and at the same time precarious.

Still riding on the success of his critically acclaimed first novel “A Case of Exploding Mangoes”, Hanif’s latest book lures readers into a large field laden with abstract crops without a compass, hoping that they would find their way back with a harvest of whatever they can find in its vastness.

The title “Red Birds” is derived from a delicate and tragic reality of canaries in the region — Hanif does not identify it as any particular country — which serves as the ravaged landscape in the novel. The drinking water is contaminated with depleted uranium, and thus take on a red colour. The title and the recurring reference to the phenomenon is one of the more elegant — but few in number — aspects of the much-anticipated book.

The novel opens with Ellie, an American fighter pilot distracted by problems with his missus back home, crashing into the desert in an unknown but familiar terrain while on a run to bomb a village harbouring enemies of the state.

The “village”, which had been in his cross-hairs for destruction, turns out to be a refugee camp, where the reader encounters the novel’s second narrator Momo — a young boy who harbours ambition but is weighed down by his own inadequate and harebrained business plans, one of them being using falcons for an ethical hunting programme (part of the dollops of irony which appear a little too liberally fastened to the pages) as well as bad luck. Momo is also on the lookout for his dog, Mutt, who is the novel’s third major narrator.

“Another reason I am reluctant to tell Momo about the red birds is that at heart he is a businessman. Even when he is watching television, even when his jeep breaks down, even when he is having murderous thoughts about his Father Dear, he is always working on a business plan which will make him fabulously rich. He has traded in nothing but junk but he is waiting for the ‘markets to open up, for the situation to stabilise, for the reconstruction phase to begin’ before he cam embark on his financial adventures”.

Yes, that’s the dog talking — narrating to the reader the nature of his master. One of the book’s best lines is also reserved for Mutt, when he analyses the anguish in Momo’s father, after he loses his other son. “Regret,” says Mutt, “smells like burnt bread.”

The book is overwhelming fashioned as a black farce playing out in the backdrop of war, but amid its flashes of brilliance, “Red Birds” ends up stomping on its own tail; with everyone and their dog (in this case the character Mutt) routinely pontificating with a touch of jaded wit.

What one needs to look forward to in “Red Birds”, however, is the portrayal of a region grappling with conflict and occupation and how different the grassroots’ realities really are, compared to the blistering and propaganda-laden images of war, broadcast on mass media.

That and the turns of phrase, which made Hanif one of the most sought after Asian writers in recent times. (IANS)