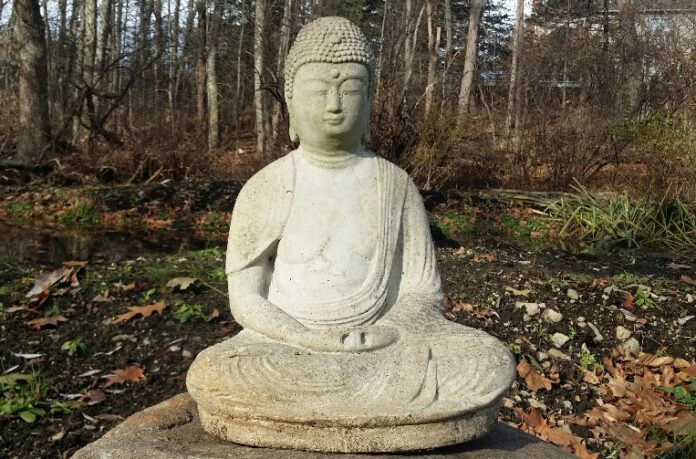 BOSTON—When I was in my 30s, I began taking life a bit seriously and started to read books and literature that were not related to my schooling or work. During that period, I read about the power of mind; this phrase got stuck in my head. Even without understanding what it really meant, I often reminded myself about the so-called power of mind.

When my kids began to understand phrases and communicate, I even started to teach them about the mind. I still remember I would often ask them: What is the most powerful thing in the world? They would swiftly answer: the mind. I did not know how the mind worked or why it was so powerful. I had never experienced the power of mind in my own life. Simply, I did not even know how the mind worked, and what—if anything—it had to do with the fun I was already having in my life. But somehow the seed had been planted in my head and it had slowly started to take root. It took many years to realize this, though.

As the time passed, I started to read more ancient scriptures, modern scientific research and anything that came my way related with mind, brain, the science of the mind or psychology. Ancient scriptures, especially Indian mythologies, often talked about mind, self-realization and Self within us. These concepts in my early days, however, created more confusion than clarity. Knowledge becomes real only after we start practicing and experimenting with it. Otherwise, it is just a theory and useless for all purposes.

But before I come back to the power of mind, why I had started to take interest in such readings. Like a few of us, I had made some bad decisions in my life; and I wanted to fix them. These books provided some insights here and there, but the major breakthrough came when I started to learn about myself. How can we fix our bad decisions if we don’t know who we are? This also called for a brutal honesty with myself and having a truthful dialogue with my own heart and mind. I learned that once this part is taken care of and we don’t live to please others, we can fix anything; and here comes the powerful role and power of the mind and thought.

The power of thought and mind has been recognized for thousands of years in every mythology or scriptures. One of my favorite quotes from an ancient Indian scripture Manu Samhita is: “He who has not conquered himself, how will that king conquer enemies.” Then comes Buddha, who had simply said: “A man who conquers himself is greater than one who conquers a thousand men in battle.” But how to conquer oneself?

Dr. Alan Watkins, an honorary senior lecturer in Neuroscience and Psychological Medicine at Imperial College in London, says that our thoughts are the first place to start. Once we are able to control our thoughts, the magic starts to happen in our life. We stop reacting to things; we become calm and composed; we chose our own path and march in that direction with full confidence; we don’t seek opinions and validations from others; we gather strength to say “no” to things we don’t like and don’t want to do. In other words: we start living our life, its every moment, right now.

Much before the modern science came along, Buddha had realized the power of thought, which originates in our mind. “We are shaped by our thoughts; we become what we think,” Buddha had said about 2,500 years ago.

Indian sage Vashistha in Yoga Vashishtha points out that everything exists nowhere but in our mind. Whatever we think and believe in that becomes reality for us. So if we want to change anything, first of all we have to de-condition our mind, de-clutter it, and make a fresh start with a fresh thinking of what we want to become and what we want to do.

Without the de-conditioning our mind, we will remain struck in the vicious cycle and never come out of it. De-conditioning of our mind also means that we stop scheming and playing mind games. If the power of mind can be used for good things, it can also be misused if the heart is not pure.

President Donald Trump is a perfect example. We may disagree with his policies, character or so many other things, but we must give him credit for becoming the president of the world’s most powerful nation: United States. During his growing up, President Trump was highly influenced by “The Power of Positive Thinking,” a book written by a pastor, Norman Vincent Peale, who had said: “Change your thoughts and you change your world.”

The power of thought and mind, however, can be dangerous if it is used for “ego” or satisfying narcistic cravings. The purity of mind and heart is equally important.

“Be totally free of conditioning. Ideas and thoughts are bondage; and their coming to an end is liberation. Therefore, be free of them and do whatever has to be done spontaneously,” says Vashishtha. “The mind is purified by persistent contemplation of truth. Only when the mind is totally purified of all conditioning does it regain its utter purity; that pure mind experiences liberation.”  He adds: “One should enjoy the delight that flows from peace. The man whose mind is well-controlled is firmly established in peace. When the heart is thus established in peace, there arises the pure bliss of the Self without delay.”

Legendary investor and one of the world’s richest men Warren Buffett also understands the power of mind and body (as our brain—the seat of mind—lives in our body.) “You only get one mind and one body. And it’s got to last a lifetime. Now, it’s very easy to let them ride for many years. But if you don’t take care of that mind and that body, they’ll be a wreck forty years later, just life the car would be. It’s what you do right now, today, that determines how your mind and body will operate ten, twenty, and thirty years from now,” says Buffett.

Charles Duhigg, the author of “The Power of Habit” (Random House, 2012), also says brain is a well-oiled efficiency machine that does most of the work through habits. In fact, more than 40 percent of the actions people perform each day are not actual decisions, but habits, says Duhigg.

Here are some powerful takes from “The Power of Habit”:

“An efficient brain allows to stop thinking constantly so that we can do important things for survival and devote mental energy to inventing spears, irrigation systems, and eventually airplanes and video games,” says Duhigg. “The problem is that your brain cannot tell the difference between bad and good habits, and so if you have a bad one, it is always lurking there, waiting for the right cues and rewards.”

“Most people I have spoken to have no idea that they have the power to control every single thought they think every second of every minute of every day,” says Robin Sharma in his book The Monk Who Sold His Ferrari. “They believe that thoughts just happen and have never realized that if you don’t take the time to start controlling your thoughts, they will control you. When you start to focus on good thought only refuse to think the bad ones through sheer willpower, I promise you they will shrivel up very quickly…When you control your thought, you control your mind. When you control your mind, you control your life, and once you reach the stage of being in total control of your life, you become the master of your destiny.”