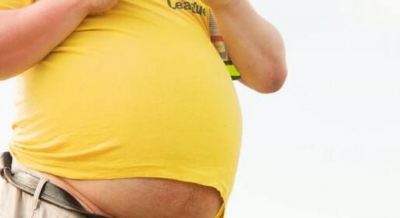 London– Being overweight is an additional burden on brain health and it may exacerbate Alzheimer’s disease, a new study suggests.

The study revealed that obesity may contribute toward neural tissue vulnerability, while maintaining a healthy weight in mild Alzheimer’s disease dementia could help to preserve brain structure.

“More than 50 million people are thought to be living with Alzheimer’s disease and despite decades of ground breaking studies and a huge global research effort we still don’t have a cure for this cruel disease,” said lead researcher Annalena Venneri, Professor at the University of Sheffield in the UK.

The study, published in The Journal of Alzheimer’s Disease Reports, used three complementary, computational techniques to look at the anatomy of the brain, blood flow and also the fibres of the brain.

In mild dementia patients, a positive association was found between obesity and grey matter volume around the right temporoparietal junction. This suggests obesity might contribute toward neural vulnerability in cognitively healthy individuals and those with mild cognitive impairment.

The study also found that maintaining a healthy weight in mild Alzheimer’s disease dementia could help preserve brain structure in the presence of age and disease-related weight loss.

“We found that maintaining a healthy weight could help preserve brain structure in people who are already experiencing mild Alzheimer’s disease dementia. Unlike other diseases such as cardiovascular disease or diabetes, people don’t often think about the importance of nutrition in relation to neurological conditions, but these findings show it can help to preserve brain structure,” researcher Matteo De Marco from the varsity said. (IANS)