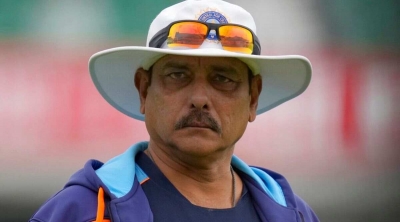 New Delhi– Former India coach Ravi Shastri feels that the T20 format should only be restricted to World Cups — every two years — to create a bigger window for franchise-based T20 tournaments like the Indian Premier League (IPL).

Shastri, who was India’s coach for the 2021 T20 World Cup, reckoned that “no one remembers” bilateral series of T20Is.

“Yes, absolutely, there’s too much of bilateral stuff going on in T20 cricket,” Shastri said on ESPNcricinfo’s Runorder programme.

“I’ve said that (before), even when I was the coach of India, I could see it happening in front of my eyes. It should go the football way, where, in T20 cricket, you just play the World Cup. Bilateral tournaments – no one remembers,” he added.

“I don’t remember a single game in the last six-seven years as coach of India, barring the World Cup. A team wins the World Cup, they will remember it. Unfortunately, we didn’t, so I don’t remember that either. Where I am coming from is: you play franchise cricket around the globe; each country is allowed to have their franchise cricket, which is their domestic cricket, and then, every two years, you come and play a World Cup,” Shastri said. (IANS)