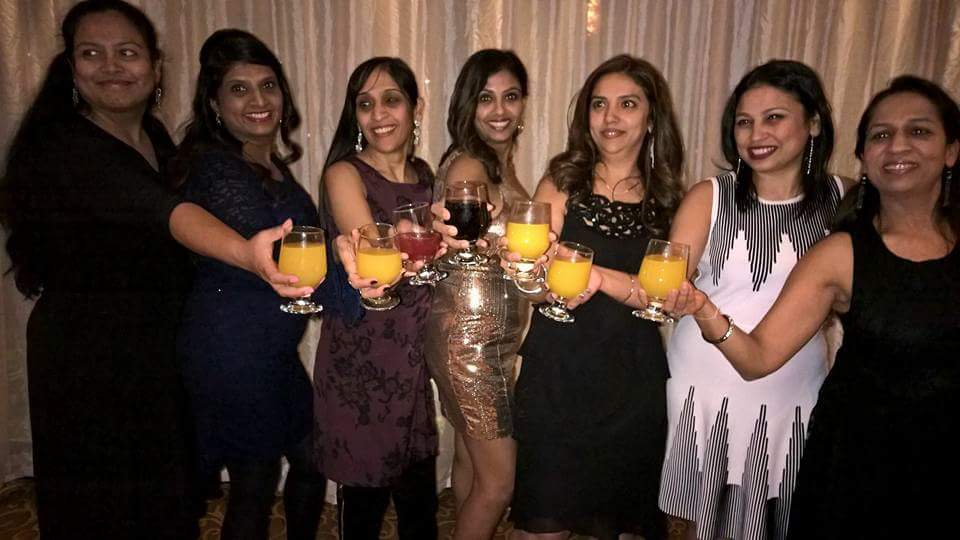 WALTHAM, MA—Indians in New England ushered in the New Year with private parties and large public and sold-out events across New England. Many function halls, hotels and restaurants brought in desi music and dance and all sorts food flavors and masti to welcome 2016. In addition, scores of Indians rushed to temples to celebrate the New Year on Jan. 1. (Photos courtesy: United India Association, Bindas Masti, India Association of Rhode Island and Nitin Photography)

“The event was enjoyed by all those who attended, and the crowd danced till there was no end,” said United India Association President Neela Gandhi.

In Warwick, RI, about 240 people celebrated the New Year at the Crowne Plaza. The event was organized by the India Association of Rhode Island, known as IARI.

“It was a sold out event. With a state of the art lighting and mesmerizing music, it was a memorable night that rocked at the beats of live dholi,” said Mona Patel, one of the IARI officials. “As the night went by, everybody danced and welcomed 2016 with cheers leaving behind good memories of 2015.”

Bindaas Masti New Year party was organized by Dj Preetesh and event manager Jharna Madan and was also sold out in the third year in a row.

“Bindaas Masti is all about having fun with family and friends and making more friends. Our aim is you come with 5/10 friend and you leave with 100/200 friends,” said Preetesh Sgrivastava, founder of Dj Preetesh and president of Hindi Manch.

Added Madan: We are grateful to the New England community that within 4 weeks of announcement we were sold out, three years in a row.”

This year also marked that for the first time that Masala Art, the Indian restaurant in Needham, MA, organized a formal New Year party that was attended by friends and families.