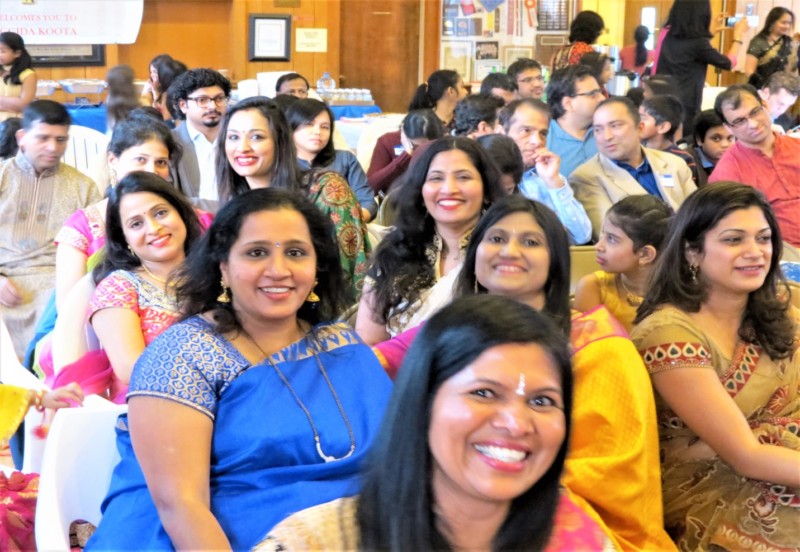 BURLINGTON, MA–New England Tulu Koota USA, known as NETK, celebrated its third annual cultural event, Suggida Parba last month at the United Church of Christ Congregational in Burlington, MA. Suggida Parba is the popular festival that marks the heralding of the Spring season and is traditionally observed by Tulu speaking families in Tulunadu, a region in Southern Karnataka. 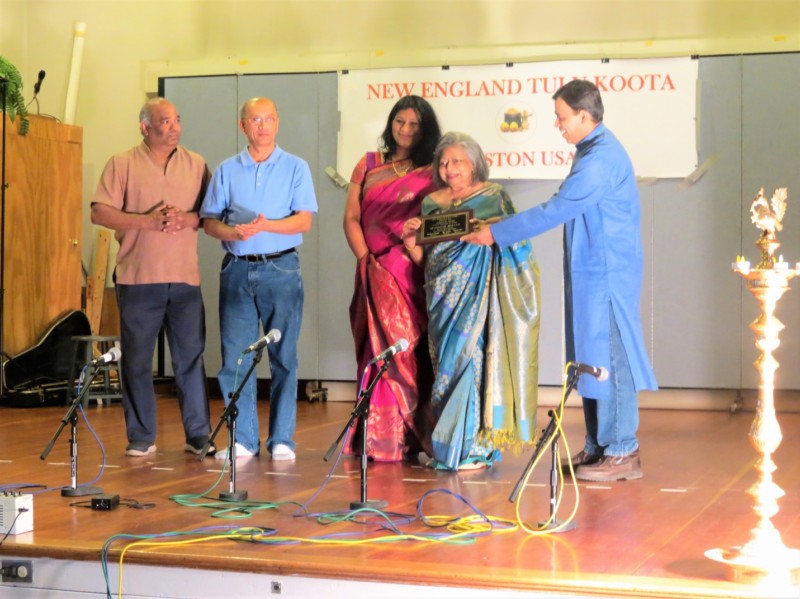 The event commenced with the ceremonial lighting of the lamp by the guest of honor, Mrs. Sujyothi Shetty. This was followed by the conventional invocation song to the tune of classical music played on the tabla. NETK President Bhaskar Sherigar then, welcomed the group and talked about the goals of the organization to carry on and cherish the rich traditions of Tuluvas (Tulu speaking families) in the New England area. He laid a special emphasis on the need to preserve the language of Tulu by encouraging children to speak the language at home

The entertainment program for the evening was planned by the Cultural Committee members Puja Shetty, Shalini Shetty, Sowmya Aneesh, Ragu Kinnigoly,  Aneesh Puttur, Sneha Shetty.  Kavita Shetty and her son Shalin Shetty along with a team of young adults Aadhya, Arjun, Akash, Abhishek, Sneha, Rishi and Aryan played an active role in presenting the various activities for the evening. Akash Shetty and Arjun Hegde synchronized the audio arrangements while Aneesh Puttur and Ashwin Shetty covered the visual aspects of the proceedings. 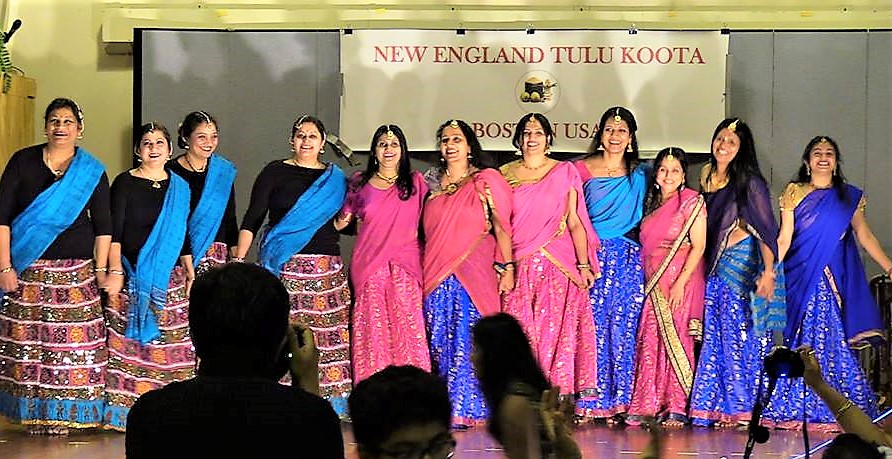 The evening was filled with an amazing range of talents from elementary schoolers to teenagers and adults. There were several dances for the evening that included classical and hip-hop. Folk dances to the tune of Tulu songs set many feet tapping. Lighter moments for the evening were a stand-up-comedy and a Tulu skit that invoked laughter and applause from the audience.

The delectable Mangalorean cuisine cooked by the volunteers was a fitting finale to the conclusion of an enjoyable evening. As in the past Suggida Parba get-togethers, there were delicious snacks served during the break. Dinner comprised of several vegetarian and non-vegetarian entrees much to the delight of the Tuluvas.

The parba concluded with the vote of thanks by Puja Shetty. Active participation of the committee members along with the guidance of NETK president Bhaskar Sherigar resulted in the success of another evening in New England Tulu Koota.

The cultural event was attended by families that travelled from the states of Connecticut, New Hampshire and New York.