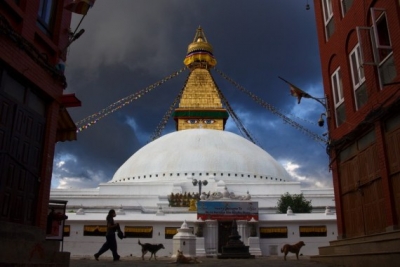 Kathmandu– Nepal has resumed the on-arrival visa service to foreign tourists who have been fully vaccinated against Covid-19 with a view to revive the pandemic-battered tourism sector.

In a travel advisory issued on Thursday that went into immediate effect,the Ministry of Culture, Tourism and Civil Aviation said that foreign tourists would be able to receive on-arrival visas after producing documents showing they are fully inoculated against the virus at least 14 days prior to their arrival in Nepal, reports Xinhua news agency.

In addition, foreign tourists should produce documents about testing negative for Covid in PCR tests 72 hours before they check in for boarding flights for Nepal; evidence of hotel booking; and permits issued by Nepali authorities if foreigners are coming to Nepal for mountaineering and trekking, among others.

Foreign visitors will need to go through antigen tests after their arrival, and put in isolation if they test positive.

It is for the first time the South Asian country has resumed on-arrival visa facility for foreign tourists after suspending the service in March last year when being hit by the first wave of the pandemic.

“The decision to resume on-arrival visas was taken to rescue the tourism sector which has been devastated by the pandemic,” Laxmi Kumari Basnet, joint secretary at the ministry, told Xinhua.

“On the other hand, Covid-19 cases in Nepal have also been decreasing in recent days and even schools are being reopened. So, it would not be justified to keep the tourism sector closed continuously.”

On Thursday, Nepal reported 941 new confirmed cases and 13 fatalities, increasing the overall infection tally and death toll to 788,769 and 11,072.

Earlier, only foreigners of Nepali origin, diplomats and those recommended by authorities were eligible for on-arrival visas for emergency purposes, according to Jhanka Nath Dhakal, spokesperson for the Department of Immigration.

Under the new travel advisory, unvaccinated foreign tourists can obtain visas from Nepali missions abroad for travel to the Himalayan nation, but they have to quarantine in hotels for 10 days at their own expense. (IANS)