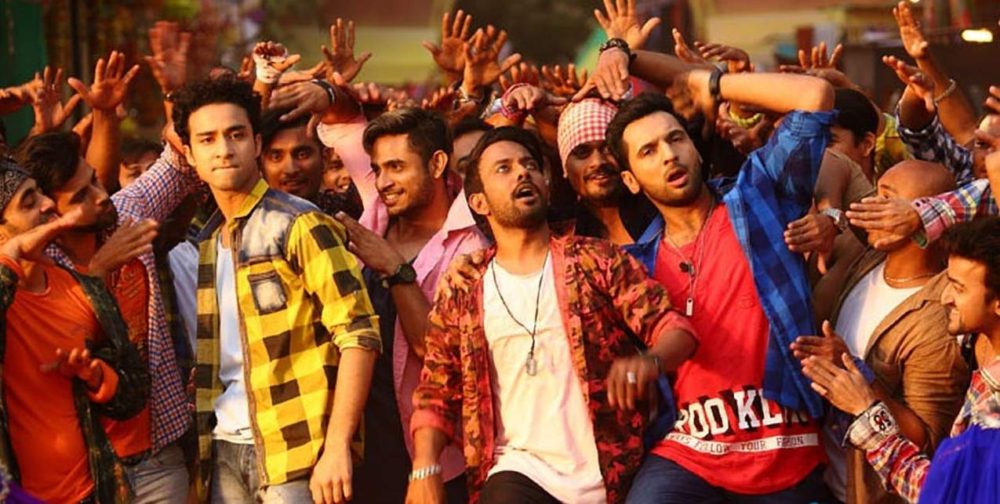 Designed as a romantic comedy, the title of this film is a misnomer, unless you take it as a paradoxical slang.

Here, instead of princes or sons of aristocratic families as the title suggests we have three losers — Salim, Karan and Abhishek. Salim (Dharmesh Yelande) is hardly educated and earns his living as a “kabadiwala”, trading in old wares. Abhishek (Punit Pathak), who studied graphic designing, is now reduced to a poster designer of sleazy films and Karan (Raghav Juyal) who studied fashion designing works as an assistant at a tailor’s shop. Despite their distinctly contrasting circumstances they are the best of friends.

And given their background and current status, it is obvious that no girl would fall in love with them, so they desperately woo Sheetal, who has recently moved to their locality. Their endeavour leads them in the police lock-up where they get the “royal treatment” by Police Inspector Kathor Singh and his men.

Narrated in a non-linear format, the plot is poorly crafted in the tell-and-show method, where every chapter or sequence is preceded with Kathor Singh requesting, “Detail mein batao”. What follows is a detailed narrative in flashback. While the premise seems cliched, the focus of the film is clumsy and haphazard. Especially the denouement, it takes off at a tangent, leaving the audience bewildered.

The limply written script is verbose in disposition. It sermonises about romance and how to achieve it. The dialogues delivered by the cast in various dialects of Hindi, are written for effect or for front benchers. One can note major intentional or unintentional bloopers. Case in point is when Sheetal goes to the tailor shop and offers Karan to take her “naksha” – map instead of her “naap” – measurement.

Mounted with realistic flavour with moderate production values, the film is packed with visually chaotic frames, except for the songs which are done with flamboyance.

While the trio — Raghav Juyal, Punit Pathak and Dharmesh Yelande — had earlier impressed us with their dancing in a film called “ABCD – Any Body Can Dance”, here though they are sincere and natural, as leads, they lack the big-screen charisma. So does Isha Rikhi. As Sheetal, she is efficient and delivers her chops earnestly.

Of the supporting cast, Vijay Raaz as Inspector Kathor Singh is stereotyped and is his usual self. So is Zakir Hussain as Sheetal’s dad.

Among the myriad big names that make guest appearances in the songs are Varun Dhawan and Shraddha Kapoor in the finale song, “High rated Gabru.” , Athiya Shetty in the first song – “Tere Naal Nachna”, Dancer Shakti Mohan in the song- “Amma Dekh,” and Sanjeeda Sheikh and her husband Amir Ali.

Overall, the film is tedious to watch as it fails to engage you. (IANS)