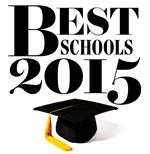 CHELMSFORD, MA—When Chelmsford School Committee met recently to discuss diversity in its school system, not a single Hindu from the town attended the meeting, but attending leaders of the Jewish and Muslim communities suggested that Hindu Holidays should be included in school calendar, according to a news report.

Members of the local Jewish and Muslim communities want a school calendar that is inclusive of all major religious holidays, they told the School Committee, reported Lowell Sun.

“While only Jewish and Muslim community members were present, they asked for Hindu holidays to be included as well,” Lowell Sun said.

Lowell Sun quoted Rabbi Shoshana Perry of Congregation Shalom as saying: “Right now, the fact that it just has Christian holidays, like Good Friday, is sending a message…It’s a subtle message, but it’s a strong message, and I believe that the members of the minority religious communities feel that strongly, especially when kids have other issues of harassment or prejudice that they experience.”

The committee working session was scheduled after a recent public-input session where residents and community religious leaders spoke out against what they feel is discrimination and insensitivity toward non-Christian children and families in Chelmsford schools, Lowell Sun reported.

The School Committee will formulate a calendar for next year that incorporates the community input. They will also review and revise related policies for students to make up missed work for religious absences, according to Lowell Sun.

Lowell Sun also quoted Siraj Syed, a Muslim parent with children in the schools, as saying that he hopes the conversation will help to bring awareness to different religions.

Syed said his family moved to Chelmsford from Dallas over the summer and his 13-year-old daughter was only at McCarthy Middle School a few months before he decided to withdraw her, according to Lowell Sun.

The seventh-grader is now being homeschooled, he quoted as saying, because many of her peers spoke ill of her and her religion. Syed said he also has two boys in the schools, but it is harder for his daughter because she wears a head scarf.

He called for including Diwali, Holi, Krishna Janmashtami, Maha Shivaratri, Ram Navami, Ganesha Chaturthi, Navaratri, Duserra and Hanuman Jayanti on the list of religious holidays on which it would be mandatory to excuse a student.

Zed said in a statement that Chelmsford Public Schools (CPS) needed to develop some sensitivity to diversity in the changing demographics, and becoming more inclusive would be a step in the positive direction for CPS.

Hinduism, oldest and third largest religion of the world, has about one billion adherents and moksh (liberation) is its ultimate goal. There are about three million Hindus in USA.

CPS has over 5,000 students, including over 12 percent Asian. Its Chelmsford High School was included on Newsweek’s 2015 list of the Top Public High Schools in the country.