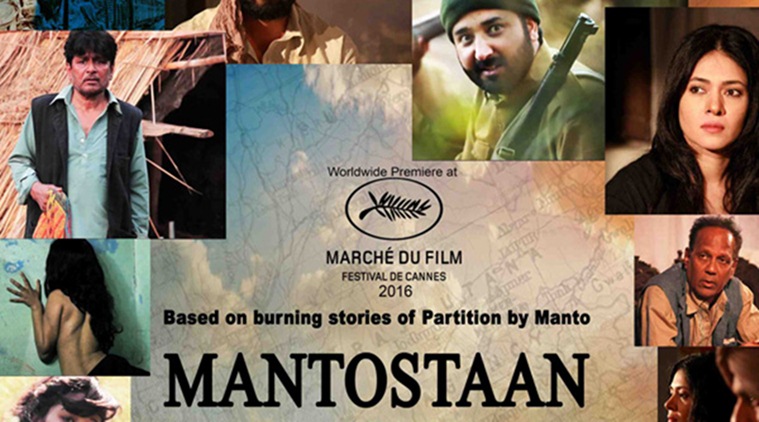 These tales set in Amritsar, Lahore and Kashmir, though not connected, run parallel, giving you a disposition of the rugged times.

Each story is subtly layered with human ironies that mock blatantly. While the stories unveil the hypocrisy and hypocrites of the society during the trying period, the film does nothing much, other than portray the factual in a stark manner, which is dark, violent and brutal.

Khol Do is the story of Saina and her father – Sirajuddin, who are separated in the frenzy only because Sirajuddin insisted on retrieving his daughter’s dupatta so that she can cover her body according to traditions. The result of Saina’s physical and psychological trauma thereafter, is her father’s nightmare.

Thanda Gosht deals with the torrid and overtly sexual relationship between Ishar Singh and Kulwant Kaur. Their relationship is purely and ruthlessly physical. But it is Ishaar’s cold and callous attitude in the relationship that leaves him psychologically marred and physically cold.

Assignment is a bonding story of a Muslim ex-Judge and his Sikh friend. How after the death of the Sikh, his son continues the tradition of sending sweets to the Muslim family even during tough moments, forms the crux of this tale.

Set on the Indo-Pak border, in the Peer Pranjal Range of Jammu and Kashmir, Aakhri Salute is the story of two childhood friends Ram Singh and Nawab. Both are soldiers serving their respective armies, one Indian and the other Pakistani. How their joi-de-vivre is cut short by a tragedy formed by a partition caused by religion, is the heart of this episode.

While the stories fluctuate from intriguing to dramatic, there are scenes where you momentarily connect with the characters for their plight.

The direction is a tad amateurish, but the performances of the ace actors is what keeps this production afloat. One can witness credible performances especially from Raghubir Yadav as Sirajuddin, Sakshi as Sakina, Virendra Saxena as the ex-judge Milan Sahab, Sonal Seghal as Kulwant Kaur, Tariq Khan as the Indian soldier Ram Singh, Rahat Kazmi as the Pakistani soldier Rabi Nawaz and Shoib Shah as Ishar Singh.

On the technical front, with moderate production values, the film manages to exude a fairly appealing look, with Amar Jeet Singh’s production designs. The sets and locales are bare minimum, yet realistic.

The screenplay by Rahat Kazmi does not mesh the four distinct stories seamlessly, but nevertheless, the narrative is smooth and far from jarring. That is because of the fine sound design and the astute laying of the visuals with sound by film editors Sandeep Singh Bajeli and Dr. Bhanu Pratap Singh.

The background score in a few scenes creates an impact, but otherwise it is a bit jarring.