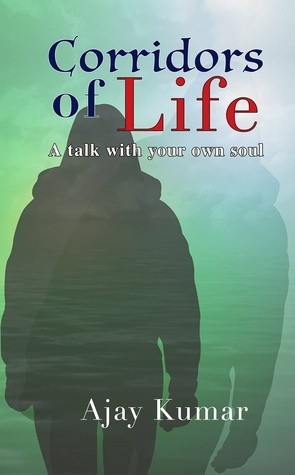 New Delhi–Get a motivational manual to understand the basic hiccups of life and the effortless way to tackle it; read the story in which, a man struggling through a bad marriage, explores love and sexuality against an unusual backdrop of spiritual practices; understand our contemporary dietary concerns with regard to sugar by coming to terms with the relationship between society and sweetness over a long historical span; and vignettes of the lives of Pakistani women who fight brave battles, big or small, every day.

The IANS bookshelf has a good variety of interesting reads for this weekend.

Life is full of hurdles, so we need to retain the artistry of overcoming the issues of life. No one is here to entertain you, everyone is working for themselves and the power of choice arbitrates every possible situation. This motivational manual will take you on a journey which will describe the basic hiccups of life and the effortless way to tackle it.

Always remember one thing — you are only the reason for the future version of yourself and it’s your choice which can upgrade or degrade you.

Swati believes Akanksha, Ajay’s colleague, hovers as a ‘third’ between them. Ajay is certain his faithfulness is beyond question, yet it has upended his relationship with Swati. With his marriage at risk, Ajay decides to go for a trek in Ladakh, only to be stranded, as the region experiences the worst floods ever to consume it.

Forced to seek shelter in a remote monastery in the Hemis Sanctuary, he meets its charismatic abbot, a man unlike any other, and Anna, a young scholar, who is in search of a lost manuscript on the “missing years of Jesus”.

Gradually, the uncertainty over Ajay’s marriage turns into an exploration of love and sexuality, against an unusual backdrop of spiritual practices as he realizes that passionate restraint can sometimes produce greater fulfilment than consummation.

Evocative, soulful and reflective all at once, Hemis is a powerful reminder that nothing else defines us more than our capacity to love.

Prior to 1600, sugar was a costly luxury, the preserve of the rich. But with the rise of the European sugar colonies in the Americas in the 17th century, sugar became cheap, ubiquitous and hugely popular — an everyday necessity.

As recently as the 1970s, very few people suggested that sugar posed a global health problem; yet today, sugar is regularly denounced as a dangerous addiction, on a par with tobacco, and the cause of a global obesity epidemic. While sugar cosumption remains higher than ever – in some countries as high as 50 kg per head per year — some advertisements proudly proclaim that their product contains no sugar. Sugar, while still clearly much loved, has taken on a pariah status.

Sugar grown by enslaved workers – people who had been uprooted and shipped vast distances to undertake the gruelling, intensive labour on plantations – brought about revolutionary changes in the landscape of the sugar colonies while transforming the tastes of the Western world.

Only now is the extensive ecological harm caused by sugar plantations being fully recognised, but it is the brutal human cost, from the first slave gangs in sixteenth-century Brazil, through to indentured Indian labourers in Fiji, the Japanese in Hawaii or the ‘South Sea Islanders’ shipped to Australia in the late nineteenth century, that has struck us most forcibly in the recent past.

From the barren dust bowl of Nushki, a small town in Balochistan, to the posh white marble bungalows and magnificent mansions of Lahore, this book captures vignettes of the lives of Pakistani women who fight brave battles, big or small, every day.

These women compare with their Indian counterparts as much as they contrast. Whether it is little Farida, through whose innocent eyes we see the drawing of political borders and the destruction of many families, or Meera, whose attempt at reaching out across these very borders is met with ridicule by her own countrymen; Summi, who shares the painful burden of her husband’s past; or the wanton Maria for whom love and relationships matter naught these are real-life characters grappling with issues that are as timeless as they are contemporary.

“Unfettered Wings” is about strength and fortitude; of relationships in ordinary settings that unfold into extraordinary situations.