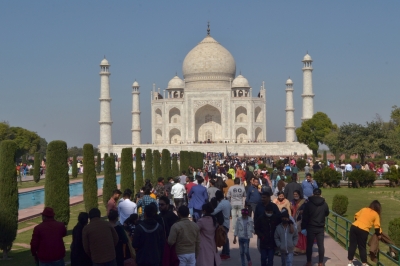 Lucknow– In another attempt to promote local artisans, craftsmen and boost local economy, the Uttar Pradesh government will train the Yuvak and Mahila Mangal Dals — local groups of youngsters formed at village level — as ‘Paryatan Mitra’ and will encourage rural tourism.

According to the government spokesman, members of the Yuvak and Mahila Mangal Dals will be trained in a way to promote local tourism by highlighting the indigenous and specialised products, handicrafts, processed foods, garments and other traditional goods manufactured by the local artisans, particularly in villages and rural areas.

The state government is also working to develop villages as ‘tourist centres’ and to expand facilities for the convenience of the tourists. This initiative will not only highlight the tourism potential of the remote, neglected areas, but will also aid in generating employment opportunities for the locals.

To realise the above objective, during the first term of the Yogi government, the tourism policy of 2018 had a special mention of village and agri-tourism.

In its second term, the Yogi government will work towards expanding this with the formation of eco and rural tourism board, and will identify 75 villages for tourism purposes.

Currently, 78,000 dals are registered in the state of which 42,000 are Yuvak Dals and 36,000 Mahila Dals. These groups, formed by the youth welfare department, comprise of members in the age group of 15-35 years.

These dals have contributed efficiently during initiatives like Fit India, Namami Gange, tree plantation, blood donation camps and also during the Covid-19 pandemic.

Principal Secretary, Tourism and Culture, Mukesh Meshram said that it is important for the villages of Uttar Pradesh to prosper for the entire state to progress. Every village has its own identity which needs to be recognised and promoted. (IANS)